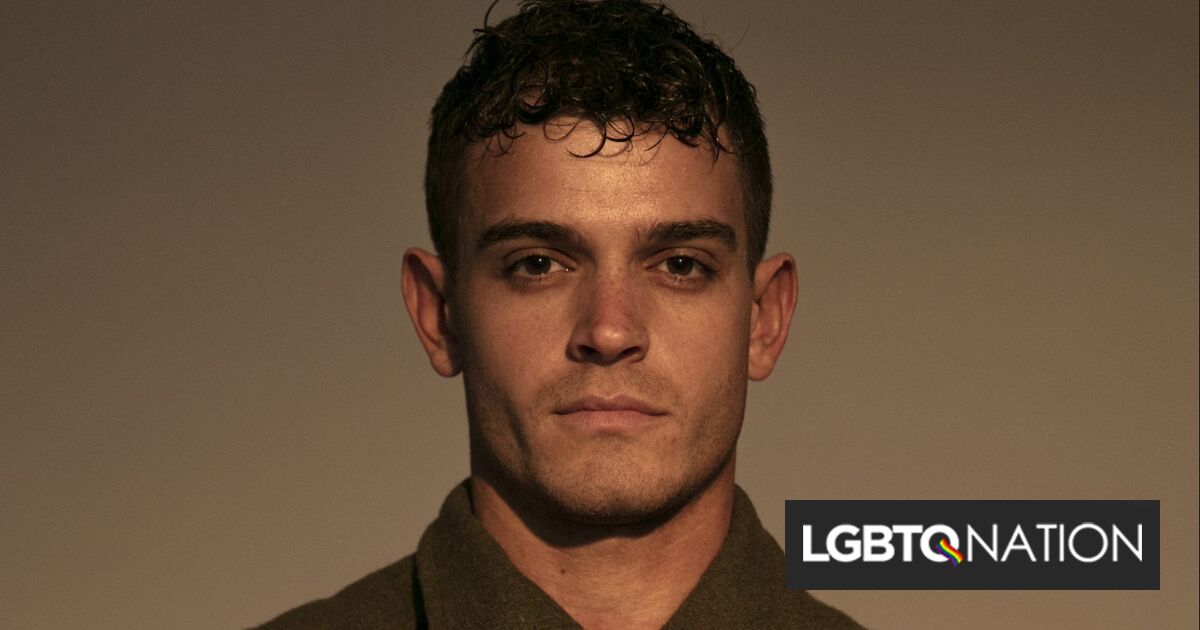 Civil rights organizations have filed two lawsuits in federal court against dozens of individuals for harassing and “ambushing” a Biden-Harris campaign bus in October. They are also suing the San Marcos Police Department, City Marshal’s Service, and the Director of Public Safety “who turned a blind eye to the attack.”

They are working with four individuals who were in or by the bus as named plaintiffs. One name plaintiff is Dr. Eric Cervini, an out historian and author of the book The Deviant’s War: The Homosexual vs. the United States of America, which was chosen as a finalist for the 2021 Pulitzer Prize in History.

With his last name coming first in alphabetical order among his co-plaintiffs, Cervini is the first name on all legal paperwork and the lawsuits are legally known as Cervini v. Cisneros and Cervini v. Stapps.

“Everyone on the campaign bus was doing what good citizens of any political party should do — engaging in the electoral process,” Cervini said in a statement. “The intimidation and harassment we experienced is unacceptable, and we want to make sure it doesn’t happen in future elections.”

The non-profit pro-democracy group Protect Democracy announced that they are bringing the lawsuit alongside the Texas Civil Rights Project and Willkie Farr & Gallagher LLP. The four plaintiffs they are representing are Cervini, Wendy Davis, David Gins, and Timothy Holloway. Davis and Gins were passengers, Holloway was driving, and Cervini was driving alongside the bus.

“We filed this lawsuit because everyone should be able to engage in peaceful political activity free from fear, intimidation, or threats of violence,” Davis stated with the announcement.

This week, I filed a federal lawsuit against Texas law enforcement officers and a group of violent assailants for violating the Ku Klux Klan act of 1871.

Only days before the 2020 election, I was volunteering with the Biden-Harris campaign outside my town of Austin, Texas. 1/

I haven’t talked much about that day, but it was horrifying and deeply dispiriting for someone who so strongly believes in democracy. Violence should have no place in our system of government. And, as we saw on January 6, political violence has life and death consequences. 6/

The bus was traveling to Austin from San Antonio for a last-minute campaign stop on October 30, a week before the election concluded. The Biden-Harris campaign had hoped to sway voters in the Lone Star State after polling had showed that the ticket had better chances at winning the state in the election than previously believed.

The campaign bus, only carrying campaign staff and not the then-candidates, was then stopped outside of San Marcos, Texas, by a group of vehicles on Interstate 35. That led to a blockade by pro-Trump demonstrators and a confrontation “well beyond safe limits,” said Texas Rep. Sheryl Cole (D).

Cervini tweeted at the time, “These Trump supporters, many of whom were armed, surrounded the bus on the interstate and attempted to drive it off the road. They outnumbered police 50-1, and they ended up hitting a staffer’s car.”

He added, “The police refused to help. When I flagged down one officer, he said his hands were tied: ‘not my jurisdiction.’ He was wearing a blue stripe bandana.

“…As a historian who studied the rise of the Third Reich, I can tell you: this is how a democracy dies,” he said.

I flew down to Texas to help with the Biden/Harris bus tour, intended to drum up enthusiasm at polling locations. Instead, I ended up spending the afternoon calling 911. 1/ pic.twitter.com/gKAjv7gv85

These Trump supporters, many of whom were armed, surrounded the bus on the interstate and attempted to drive it off the road. They outnumbered police 50-1, and they ended up hitting a staffer’s car. 3/

Understandably, though nobody was hurt, the rest of the tour was cancelled. And as a historian who studied the rise of the Third Reich, I can tell you: this is how a democracy dies. 5/

The Daily Beast reported that staffers saw the swarm of demonstrators (by car and truck) surround the bus and were either trying to prevent it from proceeding, or lead it off the road. The bus and accompanying vehicles were forced to park, and the pro-Trump demonstrators circled it with their cars, bullhorns, and signs. At least one collision occurred during the incident, which was captured on video.

The convoy of demonstrators eventually left, but the police made no arrests, and Texas Democrats and the Biden-Harris campaign cancelled multiple events that weekend.

Right before those events, the President’s son, Donald Trump Jr., released a video encouraging Trump supporters in Texas to attend events that then-Vice Presidential candidate Kamala Harris was at.

“It’d be great if you guys would all get together, head down to McAllen and give Kamala Harris a nice Trump Train welcome,” he said.

Then-President Donald Trump retweeted video of part of the incident the day after and said, “I LOVE TEXAS!”

The state of Texas ended up giving its 38 electoral votes to Donald Trump, as the then-President took approximately 52 percent of the state’s popular vote, and Biden earned just under 47 percent.

Joe Biden would still win the presidential election without Texas, although Trump would not concede and instead attempted to overturn the election results. That culminated in a pro-Trump mob storming the U.S. Capitol Building on January 6, 2021, in attempts to prevent certification of the election — although their efforts ultimately failed and the election was certified.

Now, the plaintiffs are first seeking a court order to declare the that the actions taken by the “Trump Train” and law enforcement violated the Ku Klux Klan Act of 1871, “a law Congress passed to deter political violence and voter intimidation, particularly toward Black Americans,” according to Protect Democracy. They believe that was the ultimate goal of the incident.

“The Klan Act also includes provisions making it illegal for law enforcement to negligently fail to take steps to prevent an impending conspiracy to engage in political violence when they have knowledge of it,” the group noted.

“The attack on the Biden-Harris campaign bus was part of a trend of increased political violence incidents which culminated in the insurrection and violent assault on Congress on January 6, 2021.”

Cervini said after the lawsuit was announced that when his video and tweet from the incident went viral, and after “I began receiving thousands of hateful and violent messages, including death threats. I considered evacuating my family from Texas.”

Later that day, when a tweet of mine about the incident went viral, I began receiving thousands of hateful and violent messages, including death threats. I considered evacuating my family from Texas. 5/

That’s why I’ve joined Protect Democracy, the Texas Civil Rights Project, and several other plaintiffs––including a hero of mine, Wendy Davis, who was on the bus––to sue the assailants and negligent law enforcement officials under the Klan Act. 7/

We hope to send a message: violence has no place in our democracy, and with accountability, neither the ambush of October 30 nor the insurrection of January 6 will never happen again. 10/10

The action against the non-law enforcement individuals involved is named Cervini v. Cisneros. The defendants are Eliazar Cisneros, Hannah Ceh, Joeylynn Mesaros, Robert Mesaros, Dolores Park, and several “John and Jane Does” for individuals that aren’t known by name to the plaintiffs.

The action against the law enforcement officials is named Cervini v. Stapp, with the defendants named as Chase Stapp, the director of Public Safety in San Marcos, as well as “Richard and Rachel Roes” for unnamed members of the San Marcos Police Department and San Marcos City Marshal’s Department.

Both actions were filed in the U.S. District Court for the Western District of Texas.