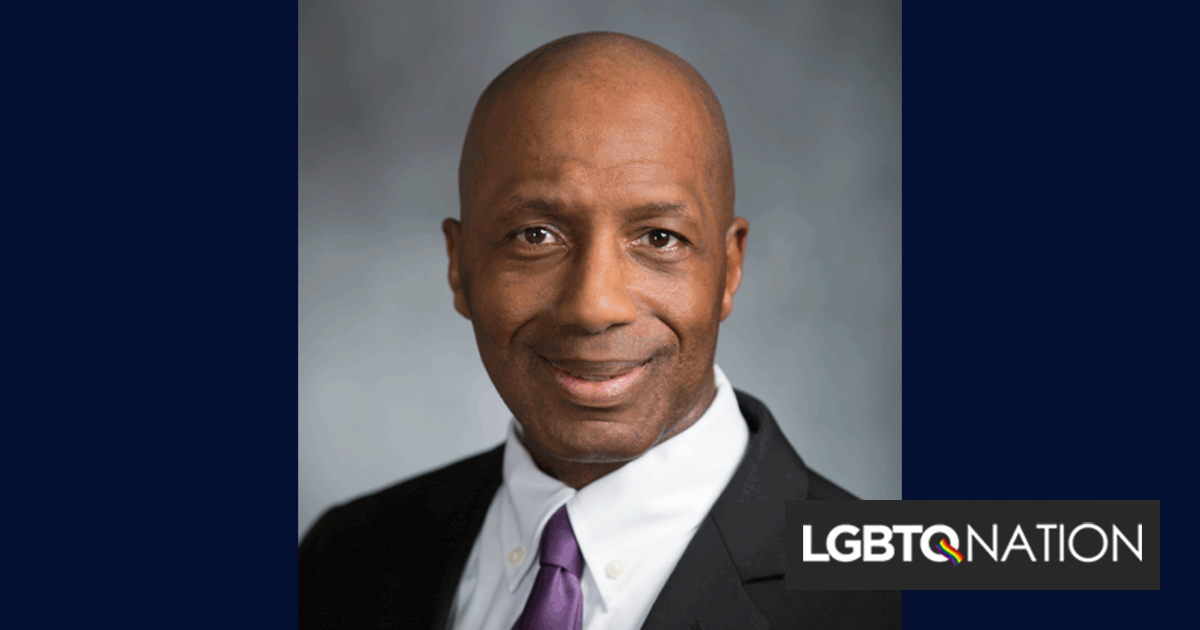 A state legislator in Texas has made a request to Texas Attorney General Ken Paxton (R) and his office’s Opinions Committee, inquiring on their position regarding the Supreme Court of the United States’s Obergefell v. Hodges ruling in 2015, which legalized same-sex marriage across the country, including Texas.

Rep. James White (R) wrote a letter to Paxton, sent on October 19, requesting his opinion on the subject, “Whether Obergefell v. Hodges … requires private citizens to recognize homosexual marriages when the law of Texas continues to define marriage exclusively as the union of one man and one woman.”

White cites a phrase in the Constitution of Texas that defined marriage as between one man and one woman and another law in the state Family Code that read “A marriage between persons of the same sex or a civil union is contrary to the public policy of this state.” Both declarations, while still on the books, became unenforceable with the Supreme Court’s ruling in Obergefell.

Yet, White claims in the letter that since “The State of Texas has not amended or repealed its marriage laws in response to Obergefell v. Hodges … and the Supreme Court has no power to amend formally or revoke a state statute or constitutional provision — even after opining that the state law violates the Supreme Court’s interpretation of the Constitution,” referring to clarifications in Supreme Court rulings in 2017 and 2019 that explained that the named laws were not “struck down,” but ineligible to enforce.

White concludes the letter by writing, “I respectfully ask that you clarify that neither Obergefell nor De Leon requires private citizens to recognize homosexual marriages, and neither decision requires or allows them to disregard the extant law of Texas that continues to define marriage…

“Thank you for considering this request.”

Legislators here never removed a state law from the books defining marriage as between a man and a woman. #txlege pic.twitter.com/hTr8bsHrIS

In Obergefell v. Hodges, the Supreme Court held that any part of the government refusing to recognize marriage based on one of the marrying party’s sex violates the Equal Protection Clause of the Fourteenth Amendment, which declares that “No state shall… deny to any person within its jurisdiction the equal protection of the laws.”

Besides that, multiple courts ruled separately in 2014 and 2015 (in De Leon v. Perry, which White does not cite but mentions in closing) that Texas’s ban on same-sex marriage also violated the Fourteenth Amendment, and that ruling held that it would be discriminatory for any officials in Texas to not allow same-sex couples to marry.

Private citizens alone don’t have legal standing to “recognize” or not to “recognize” marriages, even based on Texas’s own constitution, because it codifies marriage as requiring government recognition — as does the rest of the country.

Yet by requesting the opinion of the Attorney General, White is allowing for Paxton, a noted anti-LGBTQ advocate, to issue his own legal opinion claiming otherwise. “The attorney general is prohibited by statute from giving a written opinion to anyone other than an authorized requestor,” The website for the Attorney General Opinions Committee declares. As the chair of the Texas House Committee on Homeland Security & Public Safety, White is one of the few legally authorized requestors.

Paxton has 180 days to receive and respond to the request for his opinion. Other “interested parties” are “encouraged” to submit legal briefs within 20 days of the request being received by the Attorney General’s Office, which came on October 20.

Paxton or his office could issue an opinion “clarifying” that Texas citizens can choose to not “recognize” the Constitution and the law as interpreted by the Supreme Court, and “recognize” Texas laws that violate them instead.

The Dallas Voice notes that besides the Texas Constitution and Family Code’s definition of marriage, Texas still has a “Sodomy Law” that the Supreme Court deemed unenforceable in 2004 that could suddenly become “recognized” again.

Dallas Morning News investigative reporter Lauren McGaughy also notes that the state still has a law deeming “homosexual conduct” a Class C misdemeanor in the Criminal Code as well, although the Supreme Court deemed it unconstitutional in 2018.

“Legislative leaders in TX issued an opinion stating legalized gay marriage shouldn’t be permitted in the Lone Star State because they feel state law trumps the SCOTUS ruling in Obergefell v Hodges,” the Lincoln Project, a political action committee, stated in a tweet sharing a copy of the letter.

McGaughy has tried to request a comment from White, but has not been able to reach him for a conversation.

Out state Rep. Julie Johnson (D) said in a tweet that her “Republican colleagues don’t think the love my wife and I have is good enough to make a lifetime commitment to each other. Enough is enough! Cut the BS theatrics. You are embarrassing Texas.”

Rep. Jessica González (D), who is also out and married her partner this year, said in a statement, “Despite this years’ red meat agenda in the #txlege, Republican lawmakers want to continue waging their cultural war against the LGBTQ+ community rather than passing laws that create a safe & accepting state for ALL Texans. This is a clear reminder we must always be vigilant & ready to defend our rights.”

Marriage equality is the law of the land — except in Texas, argues the state GOP.

This is defined as “deviate sexual intercourse with another individual of the same sex.”

This law was also struck down by the Supreme Court. Background: https://t.co/UIi3EXld9n pic.twitter.com/gM1AGN39Zb

Leaving these laws on the books, even if unenforceable under the law, can hurt the LGBTQ community.

For example, officers in Baton Rouge, Louisiana, were quietly arresting men under their anti-sodomy law 12 years after it was struck down.https://t.co/fxR0uRzoWg #lalege #txlege

González, who is a member of the @txlgbtqcaucus, added this about her colleague’s request to relitigate the Supreme Court’s ruling upholding gay marriage.

González was married this year.

“This is a clear reminder we must always be vigilant & ready to defend our rights.”#txlege

Looks like @James_E_White waited until #txlege was no longer in session to avoid having to look into the eyes of 3 colleagues who are proudly open about their same sex marriages–one of which we celebrated just recently on the House floor. Disgusting pandering for political gain. https://t.co/hD8JQvTo6p

you’re daily reminder that gay rights are still under attack in texas, and that republican leaders are as homophobic as ever before. https://t.co/7Sb7UYjDKt

Here we go. Republicans are coming after ALL our rights. If it’s not a gun, they want to cancel it—medical choice, voting, love, everything else https://t.co/IY4iLWkIza