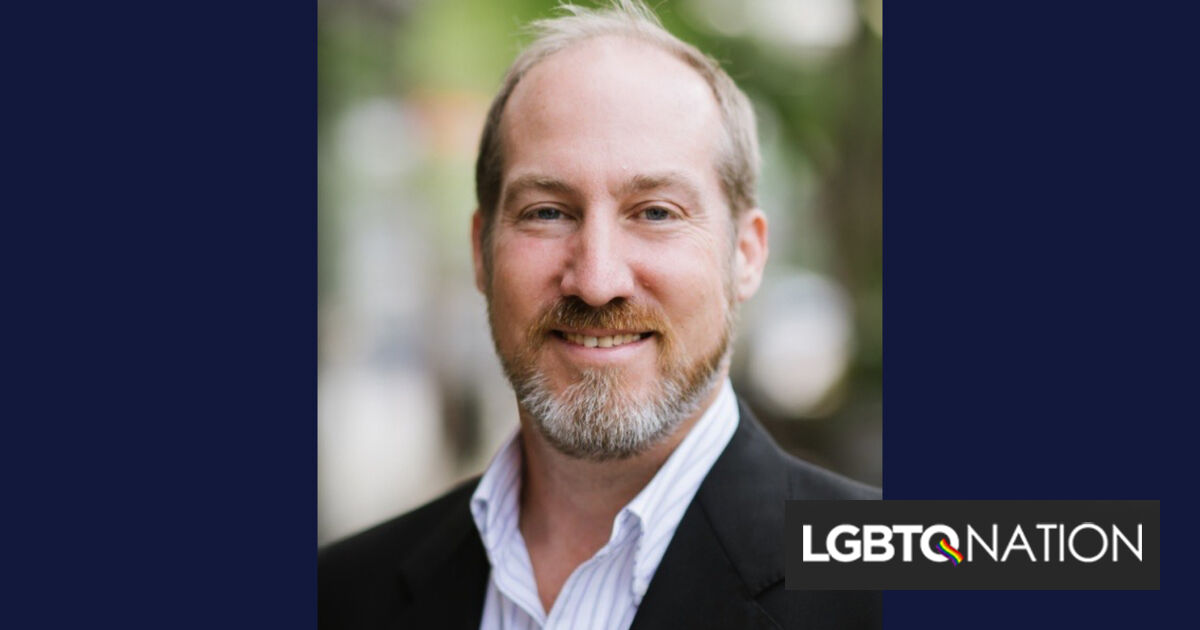 A city council member in Michigan has been removed from all committee assignments this week and asked to complete sensitivity and anti-discrimination training after he posted a homophobic slur on Facebook.

Ann Arbor councilman Jeffrey Hayner (D) posted the slur while quoting Hunter S. Thompson in a Facebook group dedicated to political discussions among his constituents. Hayner said his use of the slur to deride journalists was okay because it was an “archaic” and “hardly ever hear(d)” term that a journalist had used first.

Related: A mob tried to harass a school board member over LGBTQ rights. So her neighbors responded.

The saga began on April 10 in a Facebook group entitled Ann Arbor Politics. A user shared a commentary article written by from John Hiner, an editor at MLive.com, about his and other journalists’ experience being harassed online, and even having their private information publicized in a tactic known as doxing.

Hayner, among others, complained about Hiner’s perspective, with Hayner claiming “MLive feeds the frenzy” because a photo of his home was once shared by the publication. “MLive knows what it’s doing, they want controversy, it drives clicks,” he claimed.

Hayner continued commenting, mocking the description of Hiner and others as “journalists” and eventually, sharing a quote with the group’s 1,200-plus members, which read in part: “the press is a gang of cruel faggots. Journalism is not a profession or a trade.” The group’s administrator reported that Facebook removed the comment on their own.

The quote is from the 1971 book Fear and Loathing in Las Vegas by Hunter S. Thompson, an autobiographical book (told through a fictional persona) that the famed late author self-described as “a failed experiment in the gonzo journalism.” In the passage, which is at the book’s conclusion, Thompson is criticizing a newspaper article while alluding to his struggles with his own reporting during the story’s plot. He prefaced the quote, “why bother with newspapers, if this is all they offer? [then-Vice President Spiro] Agnew was right.”

Posting the quote earned Hayner condemnation from his peers and constituents. Council member Travis Radina (D), who is out, first emailed Hayner expressing his discontent with the comment. When Hayner apparently ignored him, Radina shared it with his fellow council members, published his email and a screenshot of Hayner’s comments, and called for Hayner to apologize publicly.

“Setting aside your tirade against the free press, the thoughtlessness and disregard you displayed for our LGBTQ residents in sharing such a quote is extremely concerning and hurtful,” Radina said in the email.

After Hayner’s use of the slur made it across social media and local press, Hayner refused to apologize for days, claiming he was justified in using the term because it was a quote from someone else. He further said he found Radina to be “disgusting” and “disturbing” for daring to ask him to apologize.

“People who are offended by language like that are people who want to be offended by it… who let themselves be offended by it or who have an ulterior motive,” Hayner told the Michigan Daily. “For [Radina] to suggest in any way that I don’t support individual rights … is disgusting and disturbing and it’s offensive to me.”

He further said that the term was “archaic” and “hardly ever hear(d)” anymore, and on Facebook said that the controversy over the use of the slur was “political hay.”

The day after those comments were published, he then issued another “statement” returning to the Ann Arbor Politics Facebook group to make a post for “any concerned parties.”

“I acknowledge the language I quoted is offensive, recognize my poor judgement in using it, and I sincerely apologize for the harm I have caused the community,” Hayner’s two-sentence post read.

By then, however, local organizations begun condemning Hayner, and his peers had already Radina’s dismay with Hayner’s words. Ann Arbor Mayor introduced a resolution to remove Hayner from his current appointments on the council, and they discussed it at their following virtual meeting on April 19.

Radina said at the hearings, “as a gay man, I’ve been subject to homophobia and hatred for much of my life… I’ve heard the f-word used as it was in this case — as an insult hurled at others because apparently a derogatory comparison to gay people is still seen as the worst insult imaginable…”

Current council members and a former council member spent nearly two hours defending Hayner, even complaining that he found out about the resolution online. Former council member Ron Suarez (D) compared it to tactics by former President Donald Trump (R) to announce firings via Twitter, and claimed the entire ordeal was “a shameless power grab by neoliberals who pretend to be progressive.”

Hayner even said, “I’ve suffered quite a bit.”

Eventually, Radina — who received hate mail prior to the hearings — said honestly, “I’m frankly quite exhausted with this conversation.”

Former CM Ackerman, after driving drunk, sponsored a resolution to take himself off committees.

CM Hayner, after disparaging LGBTQ and the press with homophobic statements, is choosing not to follow his lead.

With that, after listening to Hayner and his supporters defend him for over 90 minutes, the council voted in favor, eight to two, of removing Hayner from his seven committee assignments due to his “derogatory language [that] is harmful to the LGBTQ community.” The resolution also recommend that Hayner complete “relevant anti-discrimination, diversity, and sensitivity training.”

This is not Hayner’s first run-in with controversial social media use. Previous reports from 2018 revealed a Twitter account that allegedly belonged to Hayner, deriding “SJWs” (social justice warriors) and “snowflakes” while defending Milo Yiannopoulos. The account also mocked “pronoun pins” and suggested they were signs of “exclusion.”

If you find yourself defending the use of the word [email protected]*t, you should stop and take a long hard look at your life.

It’s not about politics or parties. It’s about basic humanity.

Heading into tonight’s #A2Council meeting, I want to speak directly to our city’s #LGBTQ residents:

In #AnnArbor you are still welcome.
You are loved.
You are valued.
Your life matters.
Please, be true to yourselves, be proud of who you are & stay involved.
We need you.
🏳️‍🌈🏳️‍⚧️ pic.twitter.com/xdUvH9fW78