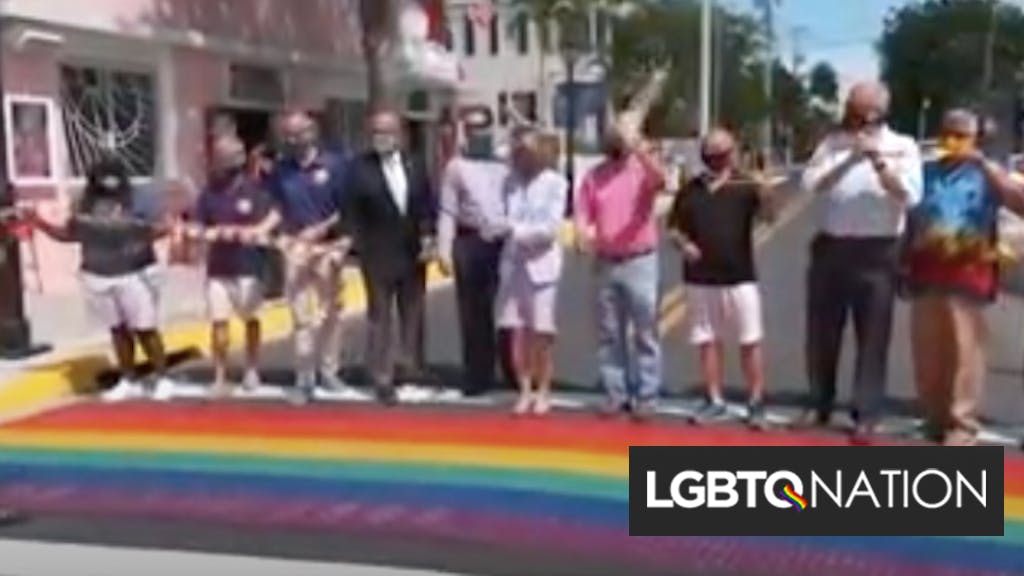 On Monday, the city of Key West, Florida installed four permanent rainbow crosswalks in the heart of their LGBTQ entertainment district. In doing so, the city joined numerous other U.S. cities showing support for their queer communities.

The Key West Business Guild and city officials initially installed the sidewalks back in 2015, but decided to renovate them while repaving Duval Street, a historic thoroughfare that cuts through the city’s queer heart.

Related: The Trump administration told a town to remove its rainbow crosswalks. The town said no.

The newly upgraded stripes are made from strips of pre-formed thermoplastic permanently affixed onto the pavement with propane torches. Their colors reportedly pop more than the original rainbow stripes laid down in 2015 and are expected to be a popular photo spot.

West Hollywood got its own in 2012 (even though they were originally only meant for Pride month), Vancouver installed them in 2013, Toronto got theirs in 2014 for World Pride, San Francisco and Toronto got their permanent rainbow crosswalks the same year, Seattle got 11 in its Capitol Hill neighborhood in 2015, Philadelphia installed its own in 2015 as well and Ottawa and Long Beach installed theirs in 2016.

While the walkways are a bright and inexpensive way to show support for local LGBTQ people, they’re also ripe targets for vandals seeking to upset queer communities. Rainbow crosswalks have been spat on and vandalized with swastikas, “Christian” graffiti, and burnt rubber.