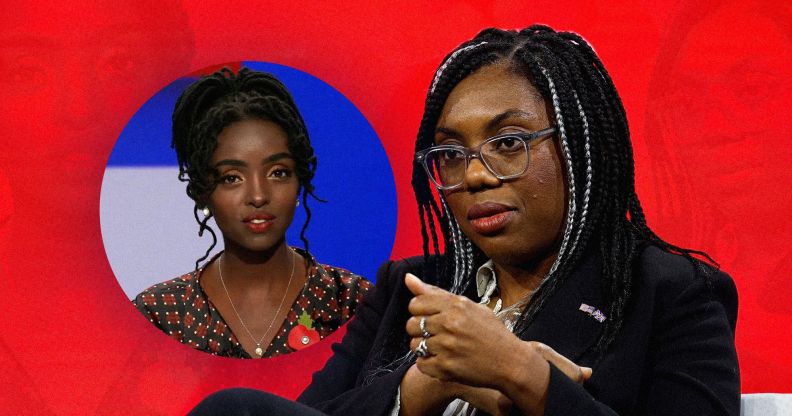 Muroki announced on Linkedin this week that she has taken on the role of policy fellow under Badenoch and will “advocate for scientific evidence and fairness” in regards to gender and race policies.

She wrote: “Looking forward to my new role as a Policy Fellow to Kemi Badenoch MP, the Minister for Women and Equalities, in which I’ll be advising on the government’s work on race, gender, and protected characteristics.

“As always, I’ll be continuing to advocate for scientific evidence and fairness to be at the heart of policy on race and gender.”

Her appointment comes as the UK government is considering challenging gender law reforms passed in the Scottish parliament in December 2022, alongside no longer recognising gender recognition certificates from as many as 14 countries outside England and Wales.

In a statement released this week, Badenoch said: “There are now some countries and territories on the list who have made changes to their systems since then and would not now be considered to have equivalently rigorous systems.

“It should not be possible for a person who would not satisfy the criteria to obtain UK legal gender recognition to use the overseas recognition route to obtain a UK Gender Recognition Certificate.

“This would damage the integrity and credibility of the process of the Gender Recognition Act.”

Mercy Muroki joined GB News in May 2021 – prior to the channel launching in June – and went on to host shows Brazier & Muroki and To The Point.

She left the channel in October 2022.

During her time at GB News, the former broadcaster was outspoken on trans issues.

She notably had a “robust (and civil) discussion” – as she described it on Twitter – with GB News’ political correspondent Tom Harwood on trans women and biological sex.

As well as working as a GB News presenter, Muroki was a columnist for The Sun and a member of the government’s Commission on Race and Ethnic Disparities in 2021, which concluded Britain was not institutionally racist.

In an opinion piece published in The Sun on 16 December, 2021, she slammed the Hollywood “virtue signallers” who “cancelled” JK Rowling over her views on trans people.

Discussing the trailer for Fantastic Beasts: The Secrets of Dumbledore, Mercy Muroki noted JK Rowling’s name was difficult to spot in the film’s trailer and was “demoted to a tiny credit on the trailer’s last frame”.

She added: “[This] latest episode comes amid a further slew of completely false allegations that Rowling is somehow transphobic.

“The author’s views on gender are simply too much for the thin-skinned section of hardcore trans activists – and all their supposed ‘allies’ – to bear.”

She also referred to trans rights activists as “lunatics” for disagreeing with JK Rowling.