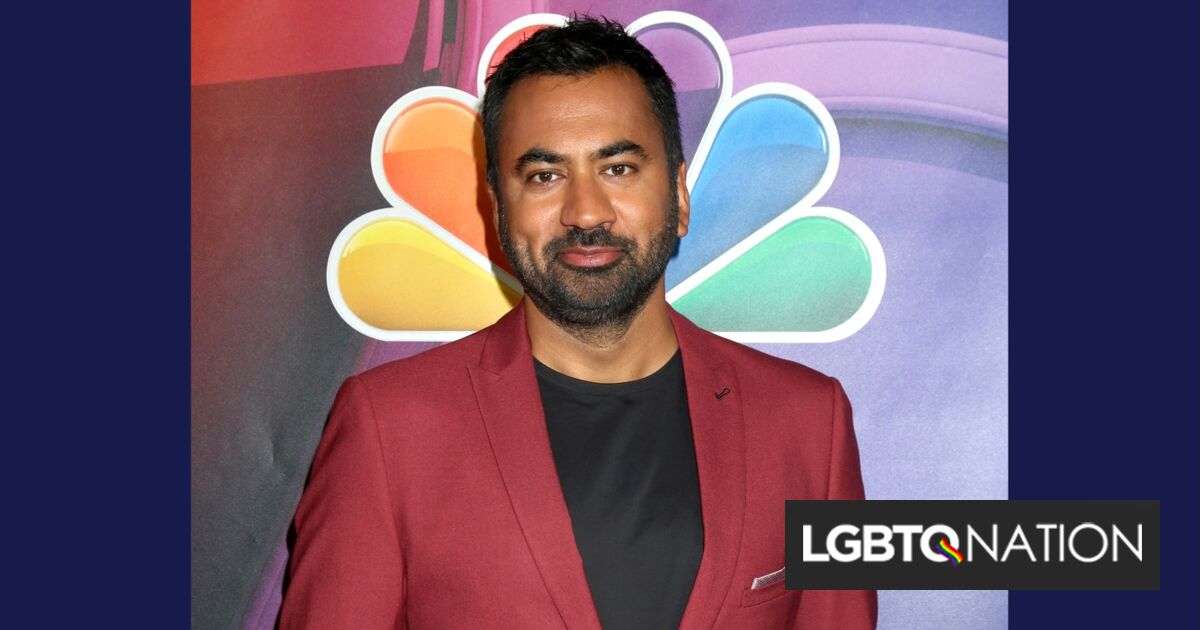 Kal Penn, a former Obama administration official and an actor known for starring in the Harold & Kumar film franchise, while also appearing in the film American Desi and television shows including House, Designated Survivor and Sunnyside, has publicly come out as gay in an interview previewing his new book, You Can’t Be Serious.

Penn has discussed his identity publicly for the first time in interviews previewing the book, where he details his relationship with a man named Josh, who he has been dating since working at the White House and is now engaged to. “We had our eleventh anniversary in October,” he said.

Penn discussed with People Magazine the nature of his relationship and how he balanced that while going from an internationally-recognized comedic talent to a TV drama staple, then a government official, and then back to acting.

While he never explicitly hid his identity, and he was out to many people prior, Penn didn’t talk about his relationship or sexuality to the public before now.

“I’ve always been very public with everybody I’ve personally interacted with. Whether it’s somebody that I meet at a bar, if Josh and I are out or we’re talking to friends,” he said, “But Josh, my partner, my parents, and my brother, four people who I’m closest to in the family, are fairly quiet. They don’t love attention and shy away from the limelight.”

Still, he adds, “I’m really excited to share our relationship with readers.”

He still hopes to maintain the privacy of himself and his loved ones, but speak up about his unique life and career journey.

“Figuring out the narrative [in the book], of how to respect who they really are, with telling my story — that includes: my work life, both in Hollywood and DC, it includes my love life with Josh and how we met, it includes my parents, to the extent that I’m willing to share stories about their upbringing. So that was the most important thing for me,” he said.

As for realizing he was gay, Penn said, “I discovered my own sexuality relatively late in life compared to many other people. There’s no timeline on this stuff. People figure their shit out at different times in their lives, so I’m glad I did when I did.”

In the book, Penn describes going on his first date with Josh while working at the White House.

“I thought, ‘This obviously is not going to work out,” he said, “I have one day off from The White House and this dude is unironically watching cars go around and make left turns? Next thing you know, it’s been a couple months and we’re watching NASCAR every Sunday.

“I’m like, ‘What is happening?’ I wanted the reader to enjoy the love and the humor through all of those stories.”

In a separate interview, Penn told CBS This Morning, “We had our eleventh anniversary in October,” and that “When you’re the son of Indian immigrants who says that you want to be an actor, the chaos that that creates in your family and your community will trump anything else always!”

He talked about how he was proud to work on the repeal of “Don’t Ask, Don’t Tell” while working at the White House.

Before taking off as an actor, Penn — born Kalpen Modi — double majored in drama and sociology at UCLA. He became one of Barack Obama’s biggest supporters early on in the 2008 campaign, and despite appearing in a recurring role on the show House, he took a job as the White House Office of Public Engagement’s Associate Director, which he served in for over a year.

He left to focus on obligations in his acting career, but served as the co-chair of Obama’s reelection campaign in 2012. He had been appointed to the President’s Committee on the Arts and Humanities, which he resigned from after Donald Trump’s remarks about Charlottesville in 2017.

Penn was most recently the host of Kal Penn Approves This Message on Freeform and currently hosts Money Hungry on the Food Network. His book You Can’t Be Serious comes out Tuesday, November 2.

To write a deeply intimate and hilarious book about acting, politics, family, identity, and navigating those spaces as a man of color only to have an article focus on your gayness highlights exactly why @kalpenn aptly titled his book “You Can’t Be Serious.” https://t.co/kKSdTV9YuK