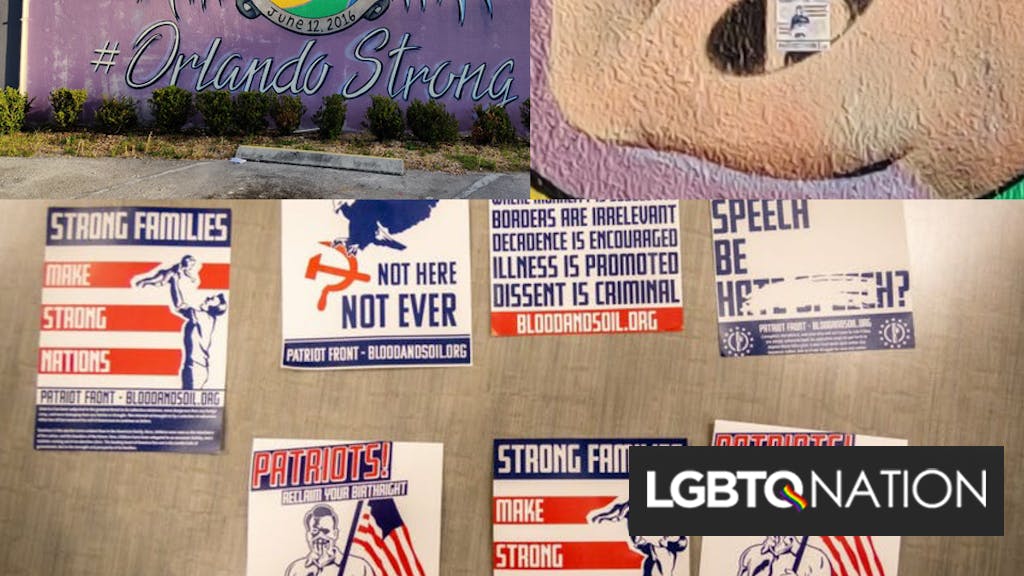 Johnson & Johnson with the LGBT+ Center Orlando to repair a mural commemorating the Pulse nightclub mass shooting. The mural was defaced with white nationalist stickers.

The company’s Care With Pride initiative will pay $5,000 to repaint the mural.

Related: The onePULSE Foundation announces the future design of the Pulse Memorial

Since 2011, the program has donated over one million dollars to LGBTQ nonprofit groups including PFLAG, Trevor Project, Family Equality, and a wide variety of other Pride organizations.

“Last week we were made aware that the memorial dedicated to the victims of the Pulse shooting that lives on the side of the Orlando LGBTQ+ Center was vandalized,” Johnson & Johnson spokesperson Bianca Soler told LGBTQ Nation.

“When learning about this devastating news, we wanted to find a way to step in as a community ally and live our mission of solidarity and love by offering the Center a donation to restore & further beautify the memorial mural, along with fix the phone and tech-related issues they faced as a result of the vandalism.”

The Center’s phone lines also appeared to have been cut at the same time the mural was vandalized. The organization was unable to field calls from those in need during the pandemic until it was repaired.

“It’s moments like these that make me especially proud to be an employee of J&J and affiliated with a program of cross-sector brands that champion a message of love, equality, and care,” Soler said.

The stickers were first reported on Reddit by user pauliebleeker.

“I was eating tacos next door to The Center (an LGBT organization) and wanted a photo of this mural. I took a picture then noticed something was covering the P,” they wrote. “I walked up and it was a sticker of a man with a gun and an American flag type background. Under it gave a website for the group Patriot Front. I was upset someone would vandalize the mural, ripped it down and threw it away, didn’t think to take a photo of the sticker. The ones at the bottom of this collage are similar.”

“I didn’t Google the group until I got home then found out they were white supremacist and the group is responsible for the shooting in Charlottesville at the rally… Stay safe Orlando and f**k these guys. Rip down any stickers you see like this.”

On June 12, 2016, Omar Mateen entered the nightclub and began shooting patrons of Pulse’s Latin Night at 2:02 am. He later pledged allegiance to ISIS, claiming to be motivated by Islamic extremism.

A national memorial has been planned at the site of the attack.