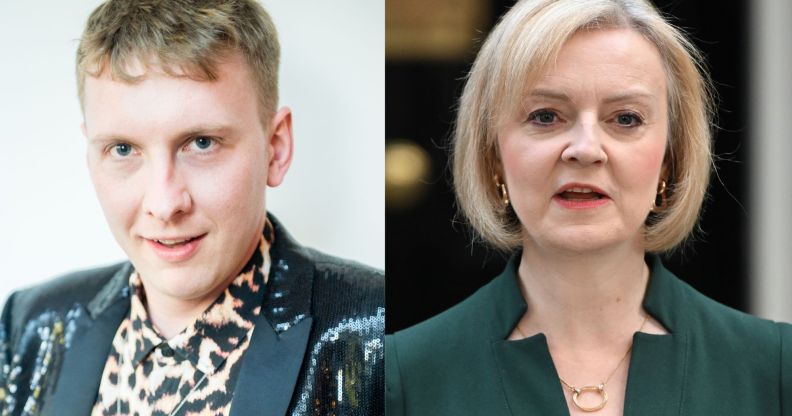 Lycett memorably appeared on Sunday with Laura Kuenssberg as a “very right-wing” comedian tongue-in-cheek praising an interview given by Truss and continued to cheekily comment on her leadership of the Tory government.

In The News Agents podcast, Lycett reflected on the now-iconic interview and said his comments stemmed from his anger over the Tory government’s “consistent lying” since the Partygate scandal.

“Since Partygate, I’ve been very angry with the government basically because I lost my best friend at the start of lockdown,” Lycett said. “He’d had cancer for a long time, and I had been a sort of part-time carer. He was at home a lot, and I’d been going and seeing him a lot.”

Lycett said his friend had a “very small, inadequate funeral” because they “did everything properly” while following COVID-19 lockdown rules. He said to find out the Tory government was “consistently lying” about breaking such regulations was immensely hurtful.

“We did everything properly and to find out they didn’t – less that they didn’t, ’cause I understand the movement of government, and there was so much going on and people make mistakes; I get that – but the consistent lying that they all did for each other and for Boris [Johnson], I thought was disgraceful, really,” Lycett said. “I thought it was disgusting how they behaved in office.”

Partygate was a political scandal about parties and other gatherings of government and Tory Party staff held during the pandemic in 2020 and 2021.

Boris Johnson and his government faced widespread criticism for several events that were reported to have happened when public health restrictions prohibited most gatherings, and the government’s message was for people to maintain social distancing.

Joe Lycett said the so-called new government after Johnson’s resignation consisted of the “same people” that have just been moved around. When faced with Truss and Rishi Sunak in the BBC studio, he “felt a swell of anger”, and that resulted in him “getting silly” rather than shouting.

“I get sort of like, ‘How can I make this person look silly?’,” Lycett said. “I’d sort of half planned to be sarcastic on it, but I hadn’t worked out any lines or anything.”

Lycett described how Truss was “continuing to lie” while answering questions in front of him during the BBC interview. So he “applauded her very emphatically” before pretending to be “hugely right-wing” and that he loved Truss’ comments.

During the BBC interview, Lycett said of Truss: “I know there’s been criticism in the The Mail on Sunday today about leftie, liberal wokie comedians on the BBC.

“I’m actually very right-wing, and I love it. I thought she gave great, clear answers. I know exactly what she’s up to.”

Lycett later continued his satirical commentary of Truss after she was confirmed as the next prime minister, joking that she “absolutely smashed it babe”. He also absolutely seriously offered his sincere support to Truss when the pound dropped in September when he told the prime minister to “hold ur nerve babe u got this xoxo”.

Lycett definitely shed a tear after Truss’ resignation in October when he thoughtfully checked in with the politician after he “heard there’s a leadership election nxt week”. He then cheekily encouraged Truss to “run babe” because “youd be perfect” for the role.

After The News Agents interview, Lycett sarcastically tweeted that his comments were “very sarcastic” as he ‘actually loves lying’ and Johnson.