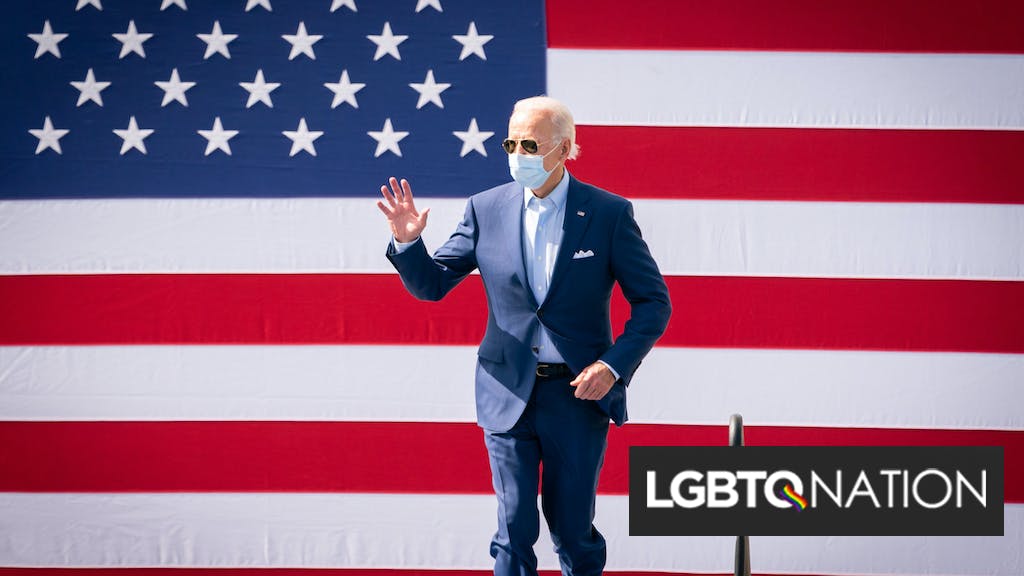 In brief remarks at the International LGBTQ Leaders Conference, President-elect Joe Biden told listeners that he is “committed” to making an LGBTQ-affirming administration along with Vice President-elect Kamala Harris.

Citing the record number of out LGBTQ elected officials in this election cycle, the President-elect remarked that “it’s an honor to be an ally, and have been in the battle with all of you.”

“Vice President-elect Harris and I are committed to being the most pro-equality administration in history,” Biden said in brief virtual remarks.

Biden’s pledge came as more and more analysis indicates that Donald Trump would have won reelection if not for LGBTQ voters.

Biden spoke to the conference, organized by the LGBTQ Victory Institute, on December 4 as an introduction to a panel interview of House Speaker Nancy Pelosi (D-CA) by MSNBC’s Jonathan Capehart. He was the first President-elect to speak at the event in its 36-year history.

Pelosi was being honored with the Institute’s inaugural LGBTQ History Maker Award, in recognition of the tenth anniversary of “Don’t Ask, Don’t Tell” being repealed by Congress.

“You deserve it. Three decades in Congress, always in the right side of LGBTQ history. Always. And the fact that you can receive a History Maker Award for that, and so much more, is testament to your character, Nancy.”

The soon-to-be 46th President added, “I can’t wait to work together again with you to continue to fight for full equality and to usher in a new era of LGBTQ rights and the entire movement.”

Pelosi was presented with the award by former Rep. Patrick Murphy (D-PA), who sponsored the repeal. Other testimonials in honor of Speaker Pelosi came from out officials such as former Presidential candidate Pete Buttigieg, Rep. Mark Takano (D-CA), and ex-Congressional candidate Gina Ortiz Jones.

“Many people contributed to this success,” Pelosi said in also brief remarks. “I was proud to be Speaker, to orchestrate how we would get this done. And we’ll talk more about that. But it was about time,” adding that it was probably the proudest achievement of her career as Speaker.

Also on Friday, Speaker Pelosi immediately ended any speculation about her feelings on allowing transgender children to participate in school activities under their gender identity.

When asked if she would “agree” with Biden if he were to “give transgender students access to sports, bathrooms, and locker rooms in accordance to their gender identity,” Pelosi didn’t hesitate to answer.

“Yes,” the Speaker said, “and I think he does,” in response to the journalist asking if Biden had “the power” to do so.