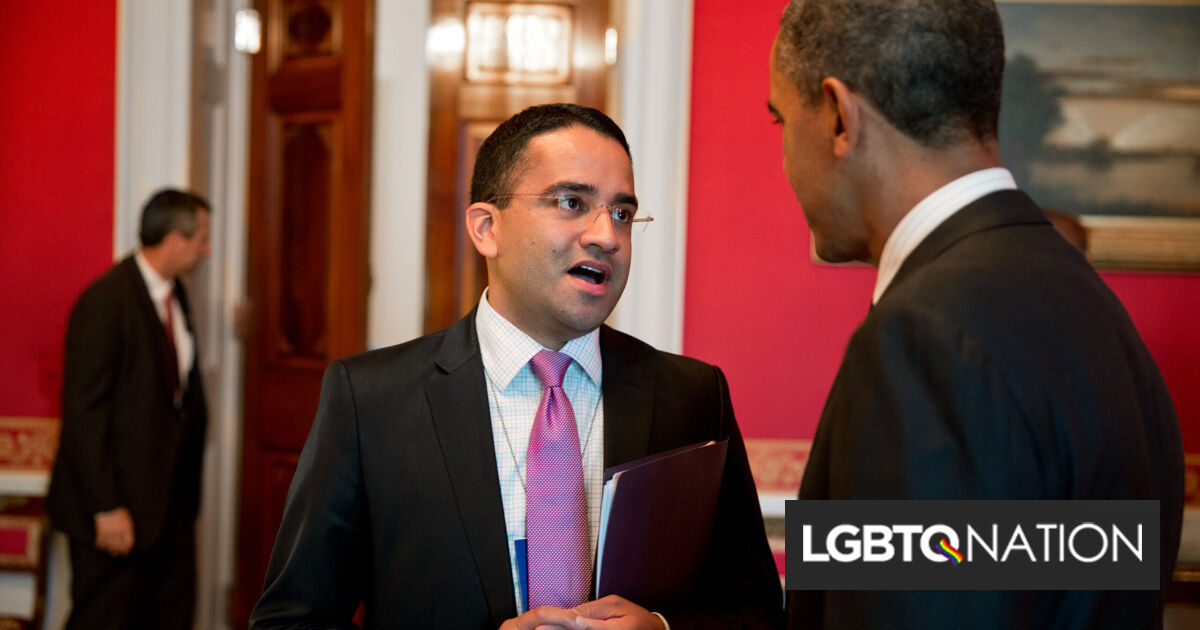 President Joe Biden is appointing an out gay man to run his White House’s personnel office.

Gautam Raghavan, currently the deputy director of the Office of Presidential Personnel, is going to be appointed as director following current director Catherine Russell’s selection to become the Executive Director of UNICEF, the White House announced in a statement yesterday.

Biden said that he and Jill Biden “could not be more proud that the UN Secretary-General has announced his intent to appoint [Russell] as the next Executive Director of UNICEF,” although they will miss her.

“Under Cathy’s leadership, the White House Office of Presidential Personnel (PPO) has broken records in both speed and diversity of hiring, working relentlessly to ensure that our federal government reflects America and delivers for the American people.

“I am also pleased that Gautam Raghavan, who has worked in tandem with Cathy from Day One, will become PPO’s new Director — a seamless transition that will enable us to continue building a federal workforce that is efficient, effective, dependable, and diverse,” he stated.

During the Obama administration, Raghavan was the White House liaison to the LGBTQ community and the Asian American & Pacific Islander community. He worked to end Don’t Ask, Don’t Tell, the military’s ban on out gay and bisexual people.

Raghavan was also Acting White House Liaison for the U.S. Department of Defense and Outreach Lead for the Pentagon’s “Don’t Ask, Don’t Tell” Working Group during that time.

After the administration, he edited the book West Wingers: Stories from the Dream Chasers, Change Makers, and Hope Creators Inside the Obama White House.

Raghavan then worked as Rep. Pramila Jayapal’s (D-WA) chief of staff for two years, followed by becoming the Deputy Head of Presidential Appointments for the Biden-Harris transition team — the first transition hire made by the campaign, in preparation for accepting the presidential nomination from the Democratic Party.

“It’s time again for an administration that looks like America — and will produce results that are good for ALL Americans,” Raghavan said after being named aa planned appointee as deputy director in December. “I’m honored to serve.”

Outside of government work, Raghavan has also served as an adviser to the Biden Foundation and as Vice President of Policy to the Gill Foundation.

A first-generation Indian-American, he currently lives with his husband and their daughter in Washington, D.C.

Two extraordinary public servants. Cathy Russell’s leadership and experience will benefit children worldwide. And Gautam Raghavan will continue the important work of ensuring that the administration is staffed with the best possible talent. https://t.co/sJ1VdDzY5B