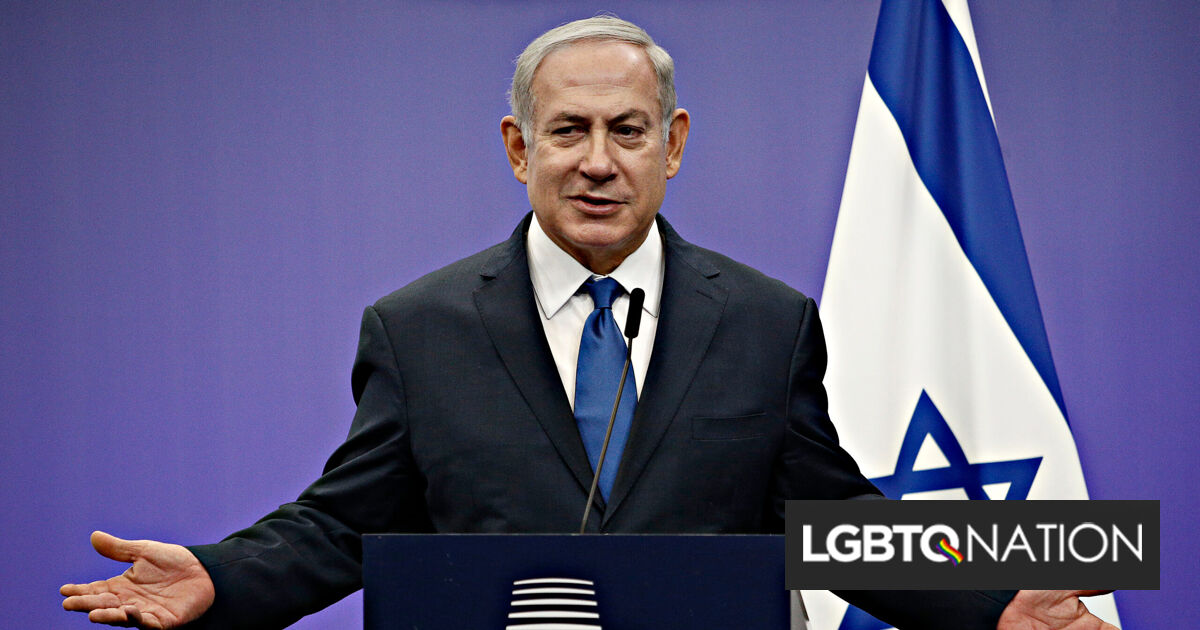 Benjamin Netanyahu — the former Israeli prime minister who was recently elected as the chairman of the majority Likud party within his country’s legislature, the Knesset — has promised not to allow legislators to roll back LGBTQ rights in the country.

“There will be no harm to pride parades nor to the status-quo on LGBTQ rights,” he said in a meeting last Friday, Haaretz reported.

Observers worried that the conservative political leader would try to create a coalition of anti-LGBTQ lawmakers and curry their favor by allowing them to follow through on their pledges to dismantle LGBTQ rights.

For example, a senior Likud source told Haaretz that Netanyahu’s party plans to reverse LGBTQ medical rights instated by the outgoing health minister. Those rights include insurance coverage for gender-affirming healthcare, a ban on so-called conversion therapy, and reimposing a ban on gay male blood donations.

Additionally, MK Avi Maoz, chairman of the “pro-family” Noam party, said in an IDF Radio interview last Thursday, “We will look into canceling the pride parade legally. Who holds a public parade that is all provocation? Do you know how offensive such a parade in Jerusalem is to us?”

The Noam party is one of three political parties that make up the country’s far-right Religious Zionism political faction. The faction is not only anti-LGBTQ, it also has 14 seats in the 120-seat Knesset. As such, it’s expected that Netanyahu will have to work with them in order to create a functioning legislative majority.

“We are being put to the test as a community and as a country,” Hila Peer, Chairwoman of the Aguda — also known as “Israel’s LGBT Task Force” — told Haaretz. “The LGBTQ community is not going to take this silently.”

But Rotem Shorek, director of the organization Passages to the Trans Spectrum, said that repealing LGBTQ rights is more of an easily made campaign promise than an achievable reality.

“I believe that even should there be calls to cancel our rights, we have allies,” Shorek said. “However difficult and scary it is, I’m optimistic.”