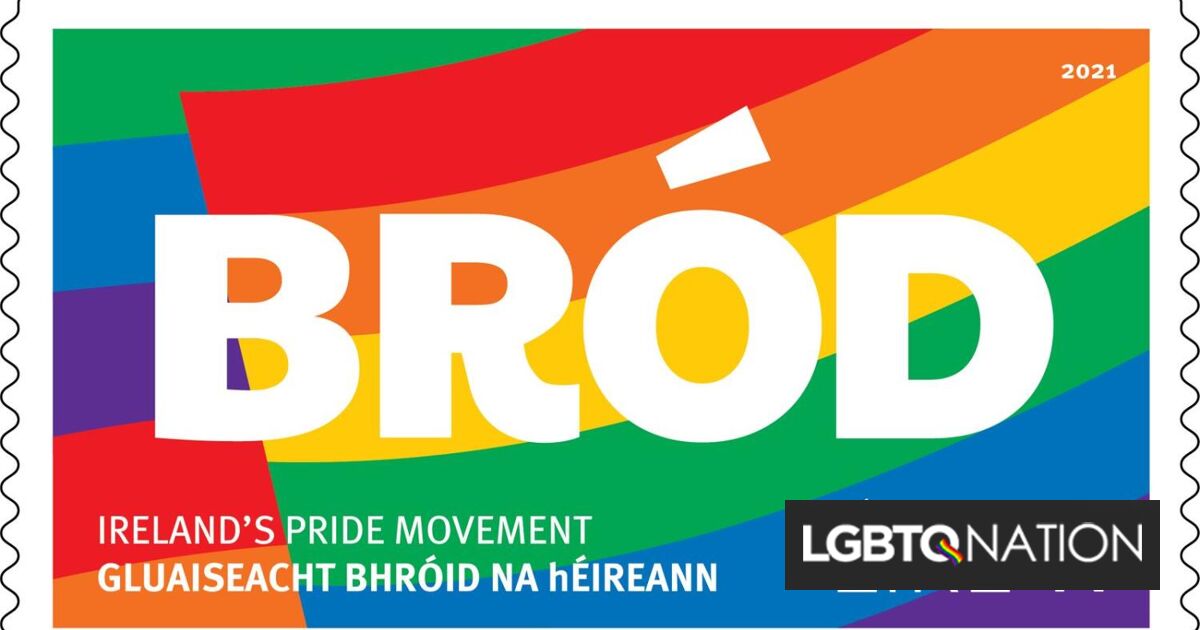 The Irish postal service is wishing citizens a happy Bród by issuing a stamp specifically for Pride Month. The Republic of Ireland’s design is available in both international and national versions.

Proceeds from the stamp will benefit two Irish LGBTQ organizations.

A booklet of stamps will set customers back €6.40 (about $7.75) at the local post office. They’re also available online along with other merchandise like first-day covers, t-shirts, pins, and framed stamps.

An Post CEO David McRedmond told the Meath Chronicle, “We are delighted to join with our staff and customers in celebrating Bród and the Irish Pride Movement. An Post worked closely with LGBT+ representatives in planning these colorful and symbolic new stamps which mean so much to Irish people at home and across the world.

“Two hard-working national LGBT support groups, BeLonG To and LGBT Ireland, will benefit from the sale of the stamps, in line with An Post’s purpose to work for the common good and to improve the quality of live now and for the generations to come.”

Homosexuality was decriminalized in Ireland in 1993. In 2015 it became the first nation to legalize same-sex marriage by public referendum with an overwhelming 62% of voters choosing marriage equality.

The Central African Republic issued a stamp honoring American actress Marilyn Monroe in 2017, but accidentally used a photo of a transgender Monroe impersonator instead of a picture of the dead starlet.