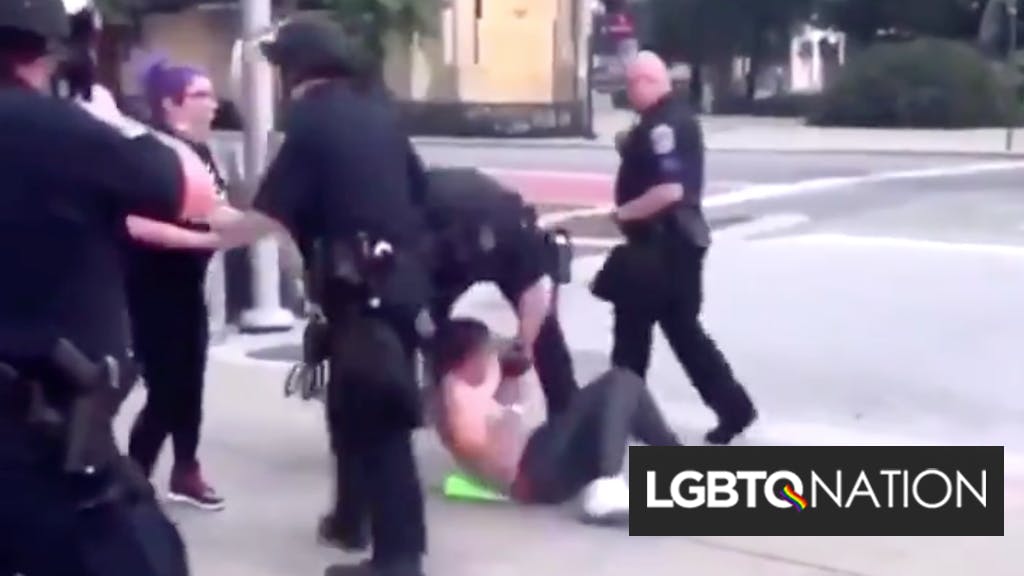 While protests over police brutality against the Black community have swept the nation, departments have responded by violently attacking peaceful protesters and elevating tensions dramatically. In Indianapolis, Indiana, almost a dozen officers surrounded and beat two women, one Black and one white, who were standing on a street corner.

Is it any wonder the local Pride organization, Indy Pride, has announced the group will stand with the Black Lives Matter movement and will sever ties with the police department, citing police brutality as the reason.

“Indy Pride will no longer contract with or utilize police departments for security at the Indy Pride Festival and other events, unless necessary for road closures,” the Indy Pride board of directors said in an emailed statement.

“We know there are many in our community who are law enforcement professionals and you are welcome at our events and still part of our community; however, we respectfully request that you do not wear your uniform at the Indy Pride Festival or other events.”

The group says they will hire private security instead of relying on the local police department. A city ordinance requires that police close any intersections to allow parades to move through the city.

The group also announced it would cancel all virtual Pride events scheduled for the month. The regular festival and parade were canceled due to the ongoing coronavirus pandemic.

“At Indy Pride, we believe that Black Lives Matter. The Indy Pride Virtual Festival will uplift black and brown people in our community, spotlight their stories, and showcase their contributions to our community,” Indy Pride’s statement read.

“It is important now more than ever to remember the first Pride marches were protests against police brutality led by brown and black people. This is the time for our community to listen to communities affected by violence, to protest with them, and to support them in all ways possible.”

In a video of the attack on the two women, a police officer can be seen groping the black woman’s breast and beating her with a baton when she reacts by moving away. Multiple officers push down and tackle another woman who is standing nearby as other police fire pepper balls at the black woman.

The police have said they have opened an investigation into the attack after it was posted to social media and went viral.

“While the video where protesters were assaulted by police officers is an illustration as to why we made the decision to limit our relationship with departments, it was not related to the decision,” Chris Handberg, the Executive Director of Indy Pride told LGBTQ Nation.

“Indy Pride has discussed our relationship with police and the message that sends to black, brown, and marginalized communities for several years. The reality of police brutality experienced by black and brown people and the responses to protesters by law enforcement moved our decision forward.”

The cop groped her and when she tried to break away, she was beaten while standing still.

THIS IS AN ATTEMPT TO CRUSH DISSENT LIKE A DICTATORSHIPpic.twitter.com/j4Kzei2INx