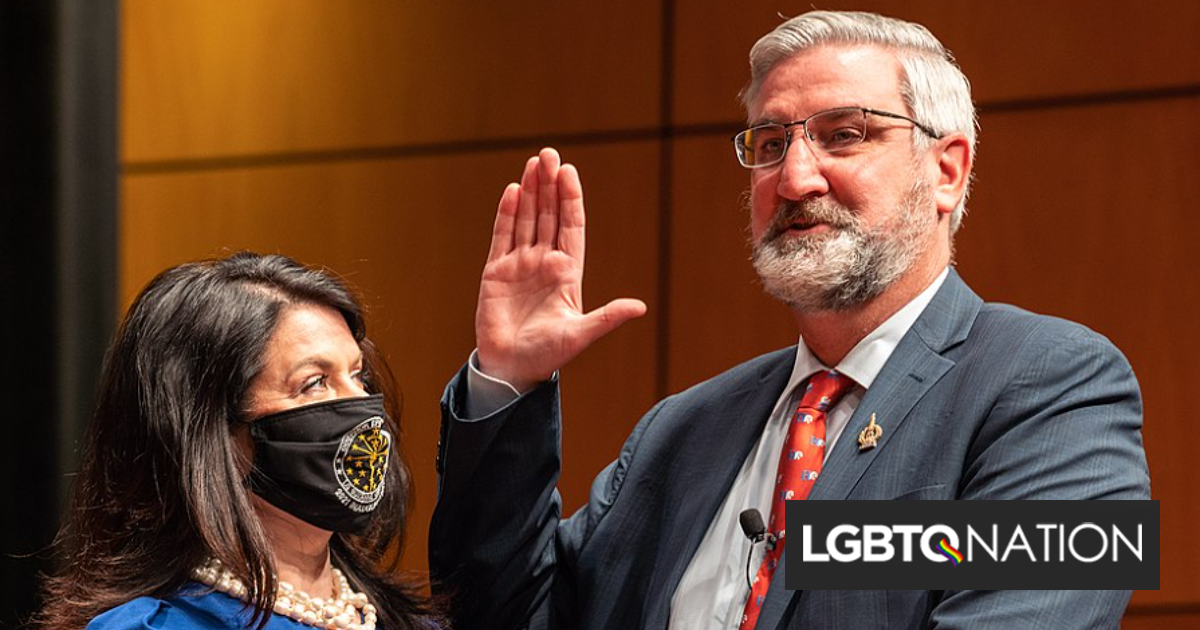 The Indiana legislature has voted to override Gov. Eric Holcomb’s (R) veto of an anti-transgender sports ban, making it the third state legislature to do this year alone.

“This is a policy that we feel is appropriate,” said Senate President Pro Tempore Rodric Bray (R) when the override passed. “We don’t like to get the state of Indiana sued, but it happens from time to time.”

The Indiana legislature passed a bill to ban transgender girls and women from participating in school sports in the state in March, and Holcomb vetoed it. In a letter that was made public, he said that the bill is unconstitutional and addresses a nonexistent issue in the state.

Holcomb also cited lawsuits that have been filed against states that passed similar laws. The lawsuits have argued that such bills violate equal protection provisions of the Constitution and Title IX, which bans discrimination on the basis of sex in all schools that receive federal funding. The Biden administration has said that Title IX applies to discrimination against LGBTQ students since it is impossible to discriminate on the basis of sexual orientation or gender identity without taking sex into account.

“In the two cases with initial rulings thus far, the courts have enjoined or prohibited laws with these same substantive provisions from taking effect based on equal protection grounds,” Holcomb wrote.

He also noted that there is currently a transgender middle school student in Indiana suing the state in federal court for not being allowed to participate in school sports, likely referring to a transgender boy in Martinsville, Indiana who filed suit in 2021 after he was forced to use the girls’ bathroom, was constantly misgendered by teachers, and was told that he couldn’t play on the boys’ sports teams.

“Any bill brought forward should address the issues raised in these lawsuits,” Holcomb wrote.

Last, Holcomb noted that there is “no evidence” to support the idea that transgender girls are making it impossible for cisgender girls to participate in sports in the state. He said that the Indiana High School Athletic Association (IHSAA) “has done an admirable job to help maintain fairness and consistency in all sports.”

“Not a single case of a male seeking to participate on a female team has completed the process established by IHSAA’s not decade-old policy,” Holcomb wrote.

Holcomb was ultimately unable to convince the legislature not to override his veto. Only a simple majority was necessary to override, even though Republicans ended up with votes to spare.

In April, Kansas Gov. Laura Kelly (D) vetoed a transgender sports ban. That state’s legislature has not yet overridden her veto.