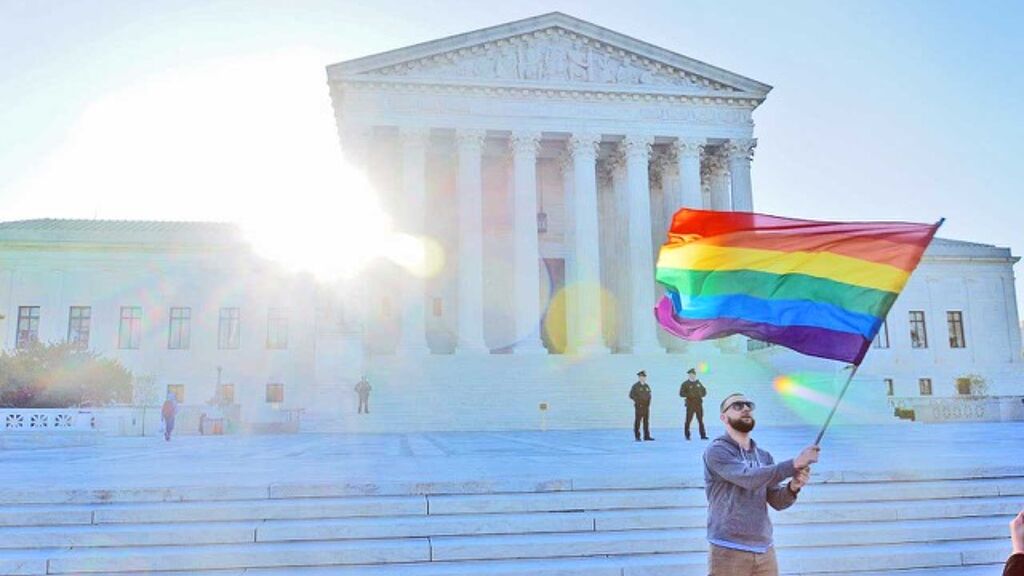 The United States Supreme Court is taking unusual steps that could start the unraveling of marriage equality. The newly conservative court waited until far-right Justice Amy Coney Barrett was confirmed before considering a case involving whether same-sex couples have the same right to presumed parenthood that opposite-sex couples do..

Barrett’s first major case after being confirmed involved LGBTQ rights and Justices Clarence Thomas and Samuel Alito have recently decried the Court’s decision to legalize same-sex marriage, saying it should be overturned.

Slate documents the strange twists and turns the case, originally filed in 2017, has taken to get before the Court. Similar cases have been shot down by lower courts and the Supreme Court itself previously.

The case involves eight married lesbian couples who had children with the help of artificial insemination. In each couple, both mothers should be listed on their child’s birth certificate, but Indiana is refusing to do so.

A mother’s husband is listed on the child’s birth certificate because he are presumed to be the child’s father – even if the opposite-sex couple used a sperm donor – but Indiana is arguing that a woman married to the mother doesn’t have a biological connection to the child and therefore should not be presumed to be a parent.

One of the couples has a dual connection to their child. One woman carried the pregnancy using an egg donated by her wife. All of the couples used sperm donors.

The case gives the Supreme Court a chance to start chipping away at marriage equality in the United States as it has similarly done with abortion rights. Marriage, for opposite-sex couples, comes with presumed fatherhood, but now the Court could say that that benefit only applies to straight couples.

In the Court’s 2015 Obergefell v. Hodges ruling that legalized same-sex marriage throughout the U.S., the Court said gay couples are entitled to marriage “on the same terms and conditions as opposite-sex couples.”

And in Pavan v. Smith, the Court summarily reversed an Arkansas supreme court decision that held that birth certificates were documents containing “biological” information, requiring the state to grant presumed parenthood to the wives of mothers. A Florida case met a similar fate.

But in Box v Henderson, the Indiana case, the Court has taken remarkable steps to ensure they would likely hear the case. The case deliberately challenges Pavan by dubiously claiming the state can reasonably assume a male is the father without so much as a DNA test, but two women require sperm to make a child, so they can’t both be parents.

A three-judge panel for the 7th Circuit Court of Appeals heard the case in early 2017 but waited 32 months to issue a decision that sided with the mothers. The panel of conservative judges finally ruled unanimously on behalf of the mothers.

If the appeals court had issued the ruling during the customary time period – about three months – the Supreme Court would still include Justice Anthony Kennedy, who wrote the Obergefell ruling, and liberal stalwart and LGBTQ ally Ruth Bader Ginsburg. Both justices have been replaced with far-right ideologues.

And instead of summarily denying the case as it had previously done, the Court rescheduled a private conference hearing on the case that would have happened shortly after Ginsburg’s death. A day before the case was to be heard, the Court asked the mothers to respond to the appeal, a sign that they are interested in taking up the case.

If the Court rules for Indiana, Slate warns, “same-sex couples will need to prepare for a ruling that could turn them into legal strangers to their own kids.”