I had the opportunity to go to the iMedia 2015 Conference (@iMEDIA_yeg) this past Saturday at Grant MacEwan.  It was an all-day event with keynote speakers and Breakout Sessions by some local Social Marketing pros.  There were 4 timeslots, so attendees had to choose their sessions.  (not my favorite way of doing it – as you have to miss some.  However, I picked some that touched on areas that I am interested in).  (images of presenters in the big image are the ones I watched)

My day job as well as my own small company both involve some of them so I was looking forward to it.

A couple of elements of “culture shock” that I hadn’t considered (but should have) occurred, which made me grin and/or grimace a few times.

One element of the often fun debate between Mac and PC users, is that PC’s are generally for techie types.  Macs are (generally) for artsy / marketing types.  Generally the ones who don’t necessarily want to KNOW how the thing works – they just WANT it TO work.

As soon as I arrived, I noted a ton of people whipping out their Macs, (a lot of whom had that “douchy top knot” – don’t get me started) but I’m hardly one to talk style-wise, so to each their own).

However, it was generally fun and as usual, I got to talk to a lot of interesting people.  (I didn’t use the terms “awesome” or “epic” as often as most did but it was fun).

The opening keynote speaker was: 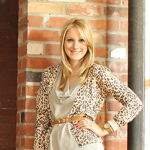 She gave a fun talk about the general “state” of social media, how various forms are working and some examples of interesting “fails”.  Erin was an interesting talk which I enjoyed.  Her “claim to fame” was being re-tweeted by Oprah a couple of times!  Kind of set the “tone” for the day.

The sessions I chose were:

“How Do I Newsletter” 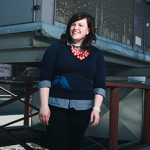 I would estimate that more than half of this was spent on talking about CASL (Canada’s Anti-Spam Law).  An important topic to “touch on” for a session, but in my opinion not really worth the majority of the talk.  We then heard about using a mailing house (in this case, Mail Chimp – an often abused mailing house).

But not much on newslettering.  For future, I would suggest maybe including “html versus text”, list-building techniques, comparison of re-mailing houses, writing your own vs using a service etc.  A well-intentioned talk (and a very pleasant personality) but in my opinion, didn’t quite meet my expectations. 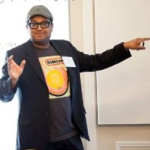 This guy was hilarious!  He is a charming and entertaining speaker, and after talking about hacking your social media content, and building stories – as well as how the various platforms are changing (Instagram is currently kicking butt), he had us do a quick group project.  He’s definitely one to see again.

“The Technical Ins and Outs of Starting Your Very Own Podcast”

I first saw Adam on Breakfast Television, where is was featured on their Blogger’s Week.  He’s very entertaining, laid back and knows his stuff.

This was the most practical “lots of meat” presentation: we got instructions, software names, WordPress addins, and equipment brand names and even pricing.   He delivered just what he said and was funny and definitely worth checking out again (and not just because he’s cute). 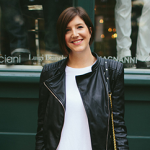 This turned into mostly an advertising hour for Poppy Barley.  They apparently make expensive hand-made footwear.  Originally for women, and now branching out to men’s.  Caroline takled about their newsletters (more than the above “How Do I Newsletter” talk actually) as well as their content (including how you can make a mistake, and even include your own “fail” in your newsletter – with what you learned from it).

I guess I’m not sure how she could talk about (as she put it) “Tribe Mentality” without mentioning her own company – so that’s o.k.

I don’t think I would see this presentation again, but I did appreciate some of the pointers and insights she shared as well as the very funny video.

The closing keynote speaker was: 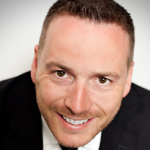 This guy was a charming and heart-felt speaker, and it was (for me) a refreshing “close” to the day with a view that (for a change) didn’t focus on using social media.  It focused more on what social media could DO when you use it to benefit general society.  A very refreshing and charming talk and lovely close for the day.

So what did I learn?

After getting used to the marketing “world” that most of the people live in, I realized that they were just hard-working people trying to do the task of improving business with their knowledge of social media and the way it’s evolving.

I walked out with a generally wider sense of how social media solutions can and must continue to be a part of an organization’s general media spend.   I will be going again next year.

I will, however NOT be wearing a topknot!