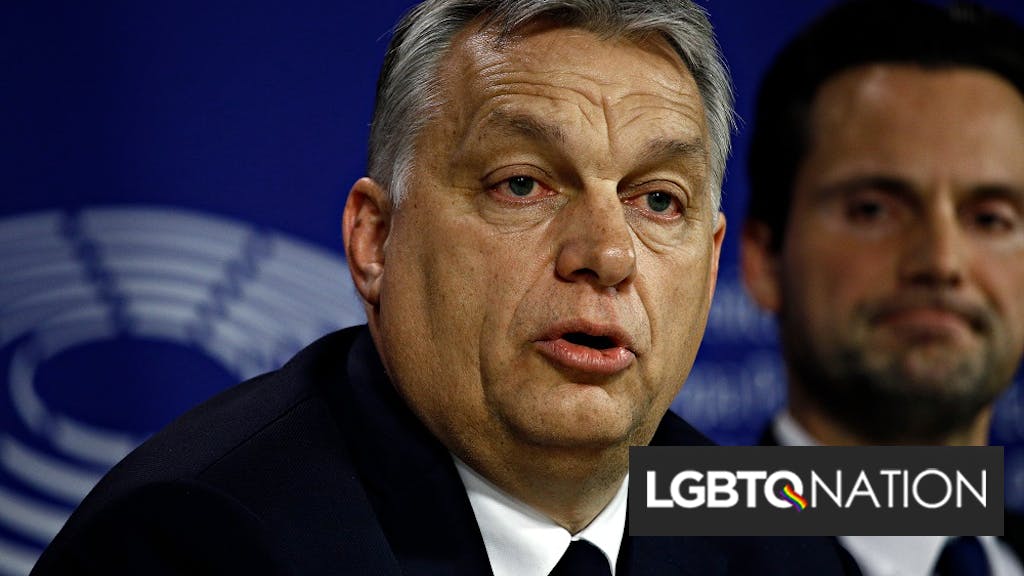 The Parliament of Hungary has passed a law that will take away transgender people’s ability to correct the gender marker on their official documents, the International Lesbian, Gay, Bisexual, Trans, and Intersex Association-Europe (ILGA-Europe) reports.

“Article 33” requires the Hungarian civil registry to note only a person’s “sex at birth,” which it says is “biological sex based on primary sex characteristics and chromosomes.” Effectively, all Hungarians’ personal documents must note their sex assigned at birth, no matter whether it reflects their gender identity.

Related: Donald Trump welcomes one of the world’s most anti-LGBTQ fascists to the White House

European officials have denounced Article 33, which was proposed by “soft fascist” Prime Minister Viktor Orbán’s government, which has a long history of attacks on LGBTQ people.

“This attack on the trans community is outrageous and deliberate,” said Member of European Parliament Marc Angel in April when Article 33 was proposed. Angel is in the Socialist Workers’ Party and is from Luxembourg.

“This move does not only intentionally silence the trans community, it seeks to erase it and deny its existence.”

Advocates say that Article 33 puts transgender people at risk of discrimination and violence.

“As is well-documented, access to legal gender recognition for trans and intersex people is intertwined with the protection of many of their human rights,” Katrin Hugendubel of ILGA-Europe told Forbes.

“This means in practice that trans and intersex people will be forced to live with documents that do not align with their gender identity and expression throughout their lifetimes.”

In 2018, Hungary created a process for transgender people to correct their gender in the civil registry that required a diagnosis of gender dysphoria. That decree required anyone who corrected their legal gender to get divorced due to the country’s ban on marriage equality.

But Orbán has been governing from the far-right when it comes to LGBTQ issues. In 2014, Cultural Commissioner Imre Kerényi said that theater and film are “in the hands of a lobby of fa***ts.” In 2018, the State Opera canceled 15 performances of Billy Elliot after an op-ed in a government newspaper said that the play would turn kids gay.

“The propagation of homosexuality cannot be a national goal when the population is getting older and smaller and our country is threatened by invasion,” the article said.

In a 2015 interview, Orbán said that he is grateful that “the Hungarian homosexual community” hasn’t shown “the provocative behavior against which numerous European nations are struggling.”

He suggested that things would get worse for LGBTQ people if “the community of homosexuals starts being more provocative.”

That has made him a darling of American Christian conservatives. The group behind the World Congress of Families, a yearly anti-LGBTQ conference, praised Orbán as a “pro-family… hero.”

The Heritage Foundation praised Orbán as well, saying he will “replace the shipwreck of liberal democracy by building 21st Century Christian democracy.”

Donald Trump has welcomed Orbán to the White House and is reportedly on “friendly” terms with him.

Parliament gave Orbán the ability to rule by decree – that is, to pass laws without going through Parliament – on matters related to the COVID-19 pandemic. Article 33, which is not related to coronavirus, still had to be approved by Parliament.