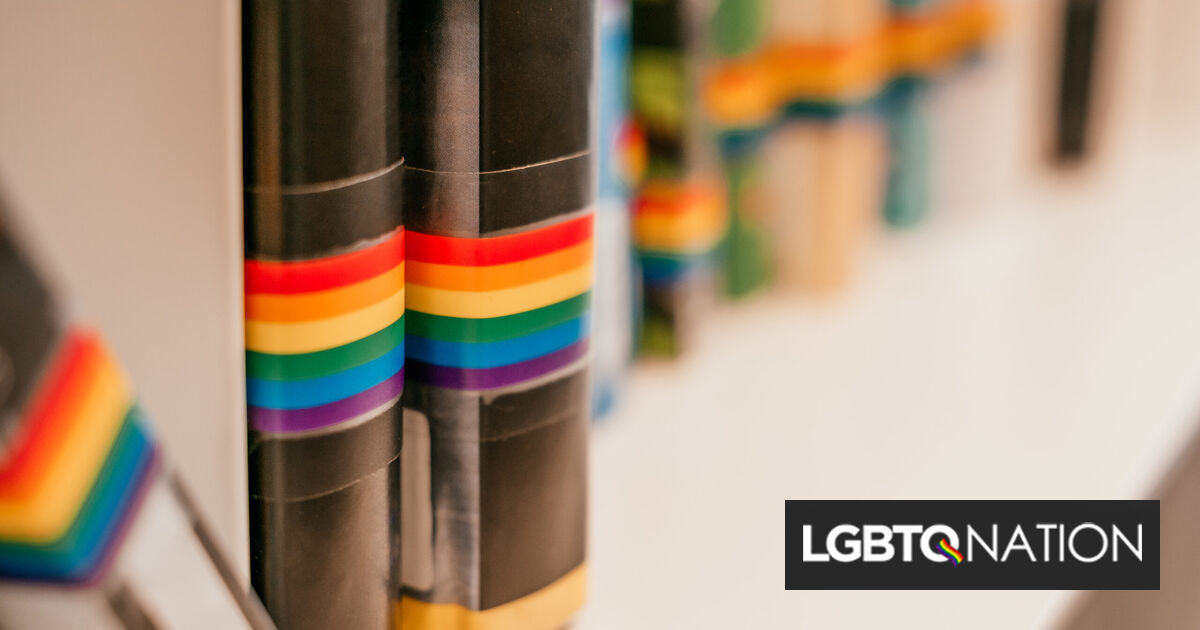 A New Jersey high school librarian has been awarded a national prize for opposing the removal of LGBTQ books from school libraries in the face of backlash and harassment.

In June, the American Library Association bestowed its Lemony Snicket Prize for Noble Librarians Faced with Adversity upon North Hunterdon-Voorhees Regional High School Librarian Martha Hickson for her efforts to prevent the removal of LGBTQ books from her district’s school libraries.

“Today’s kids have access through the device in their pocket, to the entire world, for good and for bad,” Hickson told NJ.com earlier this year. “They deserve to see their real lives and their real experiences portrayed in the books that they read. They deserve to have those books written in the vernacular that they speak and like it or not.”

As a result, Hickson said she was personally targeted with defamatory comments during school board meetings, received hate-filled emails, and was even shunned by some co-workers. Still, she has continued to speak out against censorship at Board of Education meetings.

“As long as the book bullies are going to be there, somebody from the other side of the situation needs to be there as well,” Hickson said. “I have to give these people credit where credit is due, they are stubborn and persistent. So, they keep showing up and I keep showing up.”

“Most of the books that are being attacked are those that are of special interest to the LGBTQIA community and to the Black, Indigenous, and people of color community,” she said. “And when those books are attacked, those marginalized communities are attacked even further.”

Hickson received the award in June at the American Library Association’s annual conference in Washington, D.C. She hopes to use the platform she’s been afforded to draw more attention to local school board elections, which have been a focus of far right and anti-LGBTQ energy and funding recently.

“If you look at board races across the state of New Jersey, you will see the same thing in every community, people who are involved in trying to remove books,” Hickson said. “People who have an anti-public education platform are trying to take over boards of education. The upcoming November election is extremely serious.”