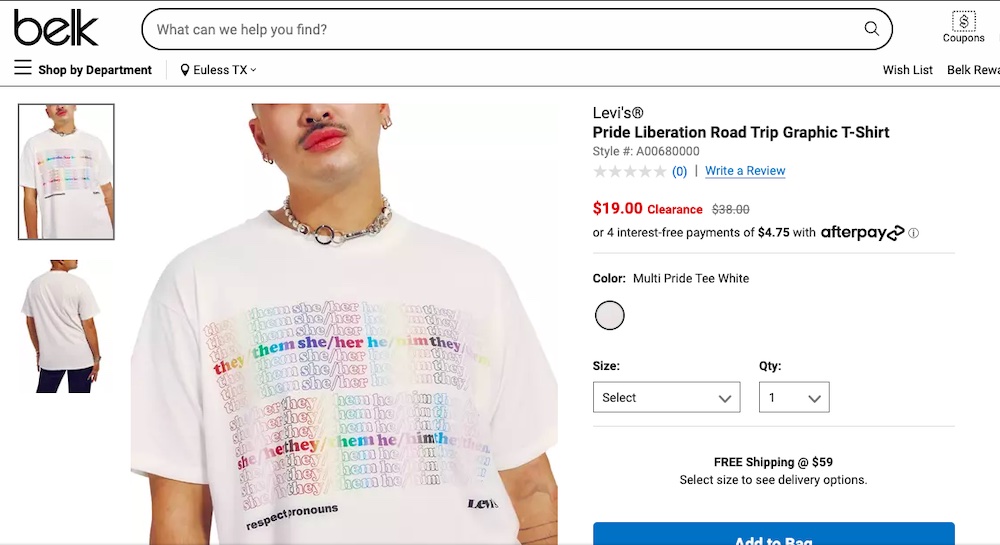 The rabidly anti-LGBTQ legal advocacy group Liberty Counsel has released its annual “nice/naughty” list of companies to support and boycott for Christmas. Hilariously, almost all of the companies on its “nice” list have staunchly pro-LGBTQ policies and offer explicitly pro-LGBT items that, if purchased, would certainly piss off Liberty Counsel.

The group’s list is allegedly based on whether the companies “acknowledge Christ’s birth during the season” by wishing customers a “Merry Christmas” and explicitly listing “Christmas” sales items.

In short, the retailers Belk, JCPenney, Walmart, Staples, and Kohl’s are on the Liberty Counsel’s “Nice List.” However, Barnes & Noble, Dick’s Sporting Goods, Gap, and TJ Maxx are on the “Naughty List” for “censoring Christmas and offering nothing more than generic ‘holiday’ decorations and gifts.”

The “nice” companies—Walmart, Staples, and Kohl’s—all have a perfect 100 score from the Human Rights Campaign’s Corporate Equality Index (HRC’s CEI) for offering things like transgender healthcare, same-sex partner benefits, and anti-LGBTQ workplace discrimination policies — all things that the Liberty Counsel has opposed in the past. JCPenney also has a score of 90 on the HRC’s CEI.

One of Belk’s most pro-LGBTQ items is a “Liberation road” t-shirt featuring different pronouns printed in the colors of the Pride, bisexual, pansexual, and asexual flags. The website even uses a model wearing a mustache and lipstick to convey a very queer vibe.

JCPenney, another of the counsel’s “nice list” companies, sells a slew of rainbow-colored items under its “Gay Pride” section, including a large rainbow flag and a combination megaphone-bottle opener that are under the subhead “grilling traditions.” 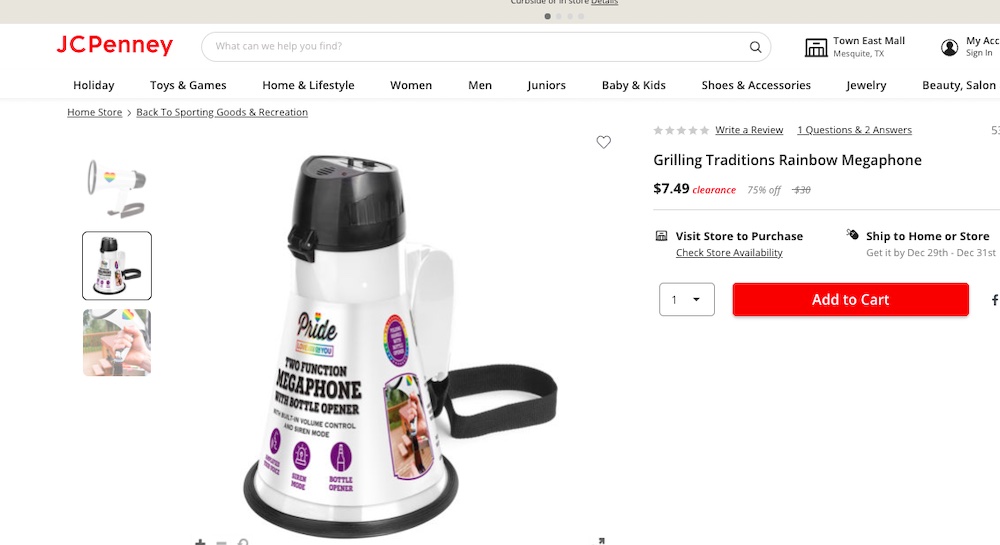 Surprisingly, Walmart offers a trove of explicitly pro-LGBTQ items, including rainbow Pride party banners declaring “Love is love” and “Be proud”, a hoodie with the words “Love has no gender”, a shiny (and surprisingly stylish) rainbow-flag dress that would befit any Pride-goer or drag performer or a subtly political rainbow pin collection.

Who knew that the Liberty Counsel would promote so many businesses offering items that help LGBTQ people announce, “We’re here! We’re queer! Get used to it!”?

“This season is about the miraculous birth of Jesus Christ,” the group continued, leaving out the fact that the Bible doesn’t mention an exact date or season for Jesus’ birth. It’s largely believed that the Christian church chose late December for their messiah’s birthday in order to “adopt and absorb the traditions of the pagan Saturnalia festival,” according to History.com.