He was on the dance floor when the shooting started. What he says will break your heart 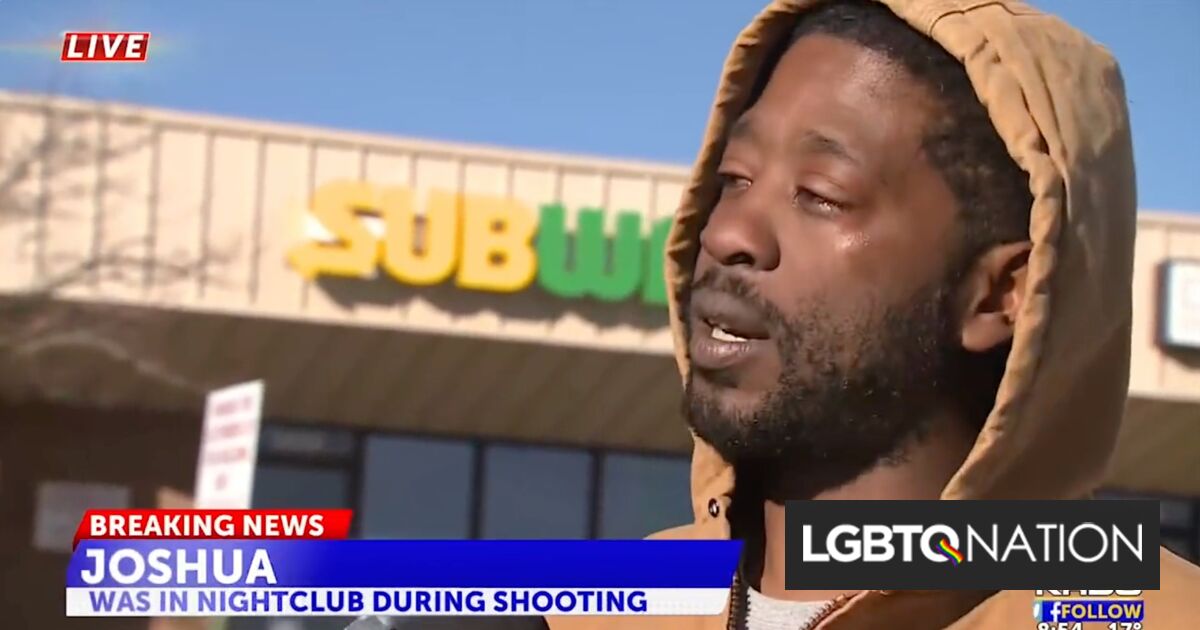 As the nation awoke to the news of another mass shooting at an LGBTQ nightclub, one man’s story is bringing the internet to tears.

Joshua Thurman was on the dance floor when the shooting started, and he told the local ABC station, KRDO. He said he didn’t realize exactly what was going on for a minute until more shots were fired.

He ran to the dressing room with a patron and together with a drag performer, they “locked the door, got down on the ground, and cut off the lights immediately.”

But his next comments have shaken both the queer community, who knows exactly how he feels, and straight people, who are beginning to realize how dangerous the far-right Republican talking points have become. When you can’t feel safe in your safe space, where are you supposed to go?