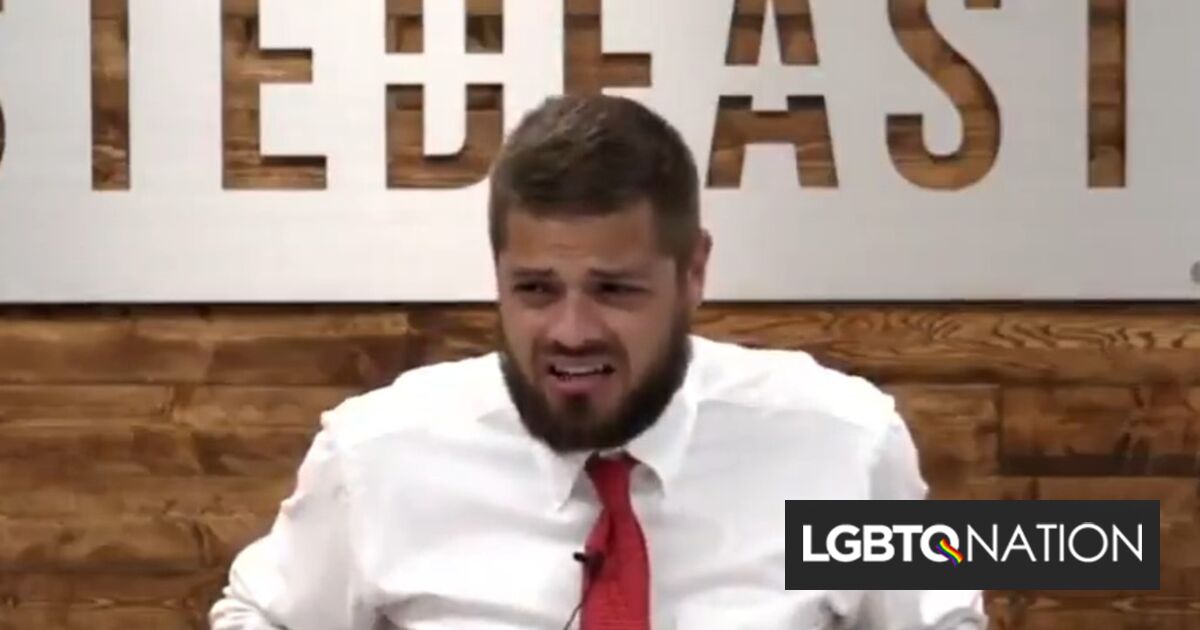 Christian preacher Jonathan Shelley of the Stedfast Baptist Church in Watauga, Texas said that he doesn’t think the Holocaust happened but that he would feel “lucky” if it did. He compared genocide of the Jewish people to shooting gay people.

He then mocked people who oppose antisemitism: “The Hol- Haven’t you heard about the Holocaust, Pastor Shelley?”

“Yeah. Why do I care? I mean, if someone walks into a homo bar and shoots ’em all, shoots a bunch of homos and kills all of them, you know how many tears I’d shed for that? Zero,” he said, saying that he doesn’t “care how many of them die” because they “worship the devil.”

He then said that the defining characteristic of Jesus was that he would “preach against the Jews” and not that he was Jewish.

In a vile antisemitic sermon, Christian hate-preacher Jonathan Shelley said we’d be “lucky” if the Holocaust *really* took the lives of 6 million Jews.

He also said he wouldn’t shed a single tear if an extremist murdered everyone in a gay bar.

Writer Hemant Mehta, who posted the clip to Twitter, noted that Shelley’s church still has a YouTube channel.

“And why is YouTube allowing it on their platform?” he asked.

And why is YouTube allowing it on their platform?

Shelley has a long history of hateful comments, and not just in his church. Earlier this year, he told the Arlington, Texas city council that gay people should be executed as some people in the audience shouted “Amen” and “Yup.”

“According to God we should hate Pride, not celebrate it,” he said. “God has already ruled that murder, adultery, witchcraft, rape, bestiality, and homosexuality are crimes worthy of capital punishment.”

Shelley has declared that gay men are all pedophiles and once celebrated the death of a 75-year-old gay man last year. Jim Fahy, a member of the Fort Lauderdale Gay Men’s Chorus, was killed when a driver accidentally drove into the Wilton Manors Pride Parade.

Last week, Shelley said that gay men’s intestines fall out and compared being gay to eating one’s own vomit every day.

“What men do with men is defiling their body, hurting their body, they’re hurting each other,” Shelley said. “They’re causing themselves all kinds of problems. Their intestines will sometimes just fall out because of the actions that they do.”

“Pastor Shelly, you’re gonna have to eat Indian food and ranch dressing every day of your life, or do that one time?” he said, referring to sex with other men. “It’s like, bring on the Indian food.”

“What if you, what if you, Pastor Shelley, what if you had to eat Indian food and ranch and then vomit it up and then eat it again, or do that one time? It’s like, bring on the vomit.