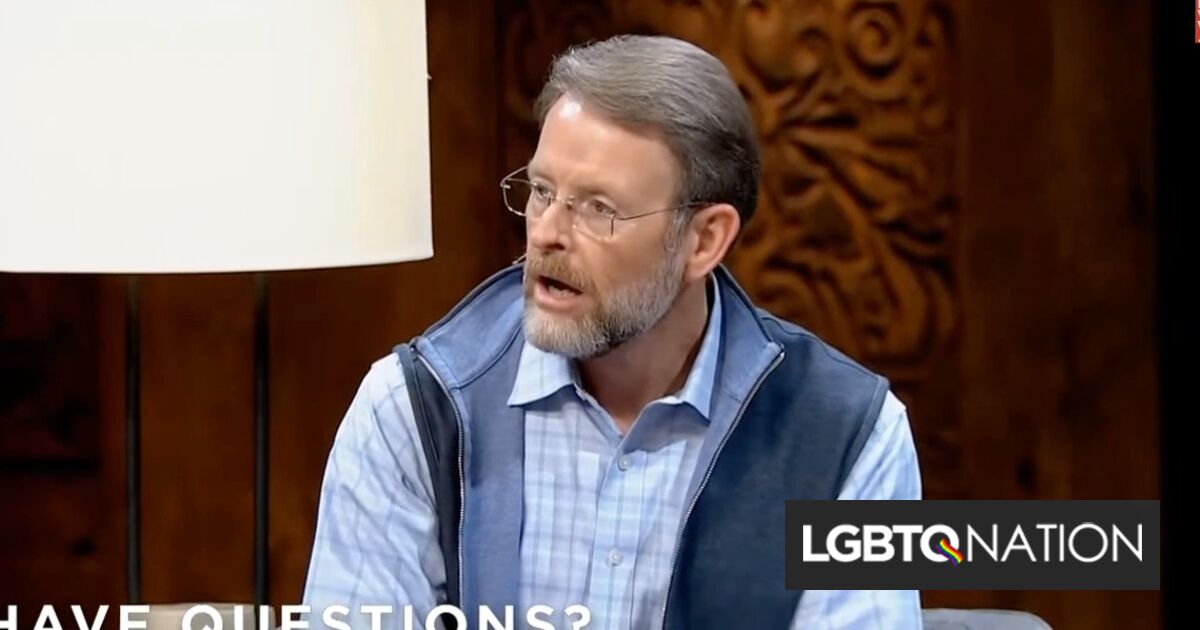 The Family Research Council (FRC), an anti-LGBTQ organization recognized as a hate group by the Southern Poverty Law Center (SPLC), is one of many religious right-wing groups opposing the Biden administration’s COVID-19 vaccine mandates for federal employees and contractors, in addition to businesses with more than 100 employees.

The Biden administration’s latest step toward ending the COVID-19 pandemic and attempt to require people to get vaccinated wherever possible is a “failure to include natural immunity, health status, and religious objections in their immunization campaign,” FRC’s President Tony Perkins claims in a new statement.

Related: The selfishness of the anti-vaxxers places us all in peril

In the statement, Perkins and the FRC compare President Biden’s actions as akin to communism, calling him “Comrade Biden” and deeming the steps “an unprecedented and unacceptable abuse of power.”

Perkins further claims that there will be a “watch list” for those under Biden’s plan and that the news “will turn people against the very vaccine he is trying to promote.”

Perkins then asserts that he’s not anti-vaccine, but he’s thinking about those who are immune to COVID-19 ‘naturally.’

“The Biden administration’s failure to include natural immunity, health status, and religious objections in their immunization campaign raises numerous efficacy and ethical questions,” he states. “Until those questions and issues are resolved, Americans have a right and a responsibility to resist this unconstitutional and unethical mandate.”

Perkins unironically continues on to claim that Biden “is guided not by the science, but by the politics of the Left,” weeks after he bemoaned medical association-supported policies reinstated by the Biden administration. Both comments come as his organization supports efforts to enact anti-trans legislation across the country that are not supported by scientific evidence.

As recently as March, Perkins claimed that LGBTQ people are “unnatural” and “immoral.”

“Homosexuality is unnatural because it is a departure from God’s design for sexuality. According to the passage, homosexuality is also a consequence of humanity suppressing God’s truth and refusing to honor Him,” Perkins claimed at the time.

He further went to denounce transgender people, “Secularists, humanists, hedonists, and the political Left,” and anyone who supports them as “immoral,” among other “im-” and “un-“s.

Perkins also touted so-called “conversion therapy,” a practice supported by FRC that supposedly offers a “cure” to people who are not straight or cisgender.

Apparently, though, what is “natural” is an immunity to coronavirus, which some people have apparently without a cure, according to Perkins.

Perkins got his start in politics as a Louisiana state representative. He bought his mailing list for supporters from David Duke, the former head of the Ku Klux Klan and made speeches in front of white supremacist groups.

He was a staunch supporter of former President Donald Trump and his white nationalist supporters.

Despite FRC’s designation as a hate group and long-standing anti-LGBTQ advocacy, they were embraced within former President Donald Trump’s administration, and former Secretary of State Mike Pompeo recently encouraged their followers to run for school boards around the nation.