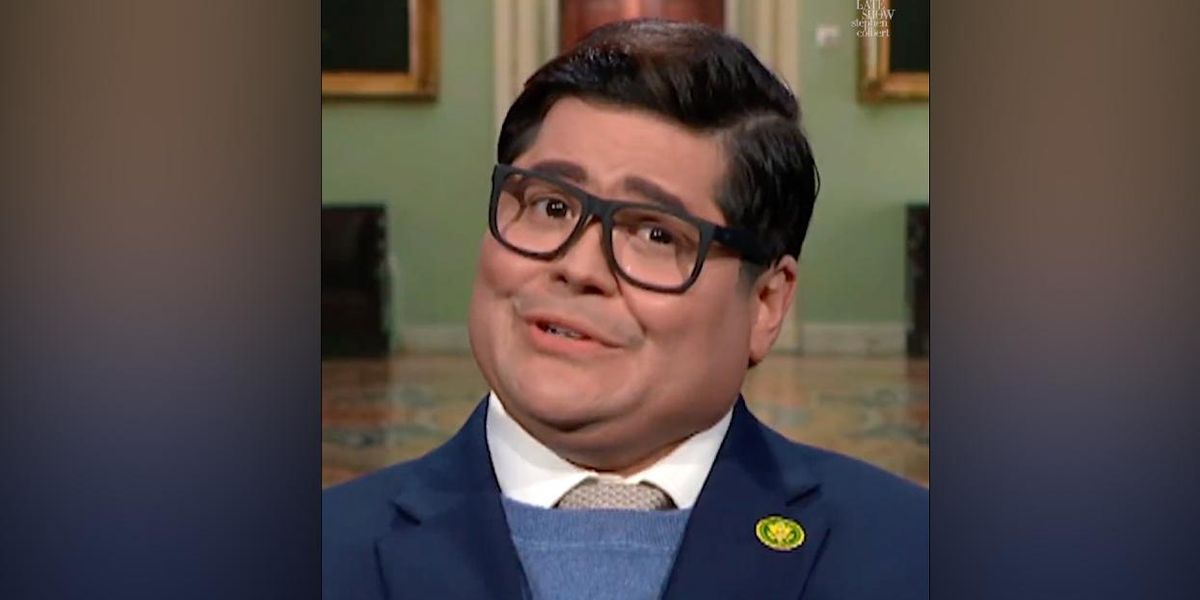 Thursday night, CBS’s Late Show With Stephen Colbert viewers were treated to comedy gold when embattled RepublicanNew York Rep. George Santos appeared on the program to account for his scandals — or did he?

“Here to tell us the truth about George Santos, please welcome Congressman George Santos,” said Colbert before cutting to a green screen of the Capitol.

“Thank you for having me, Stephen. It’s an honor to be back on your show,” Guillén as Santos said, revealing the first of many lies in the bit.

“This is actually your first time here,” Colbert replied.

“Not according to my IMBD,” said Guillén in character as Santos. “It says I’ve been a guest five times, and I was also your band leader, Jon Batiste.”

Colbert asked Santos about his lies regarding his education and the revelation that he’s been known to dabble in the art of drag.

“This drag story is just another media distraction that’s simply not gonna… werk, okurrrr,” Santos’s character replied, emphasizing the sassy sound made famous by Cardi B.

u201cAfter being exposed for telling numerous lies about his identity and resume, Rep. George Santos joins #Colbert to truthfully answer the question everyone is asking: who is George Santos? ud83eudd14ud83dudcadu201d

He then explained to a skeptical Colbert that he’d earned degrees from the universities because he had made t-shirts with “Baruch” and “NYU” written on them.

Pretending to spike a volleyball, at one point, Guillen exclaimed that he’d scored a touchdown, referring to Santos’s claims to have been a collegiate volleyball star.

The queer What We Do In The Shadows actor saved the best for last.

Colbert gave Santos one final chance to tell the truth, or he’d end the interview.

“The truth is, my entire campaign was secretly funded by…” Santos said as he made a buzzing sound under his breath.

“What? My telephone…hello? Oh, Anna Wintour? You want me back at the Met Gala? And this year’s theme is drag, something that I have definitely never, ever done before,” he said while applying bright red lipstick.

“Oh. Oh, I got to go, Steve. I’m so sorry,” he concluded to raucous laughter and applause.

Guillén later tweeted, “We gave the people what they tweeted/wanted,” alongside a photo of him as Santos.

u201cWe gave the people what they tweeted / wantedu201d

Guillén was featured in The Advocate for a cover story for which he appeared on the cover of the annual Person of the Year issue in November.