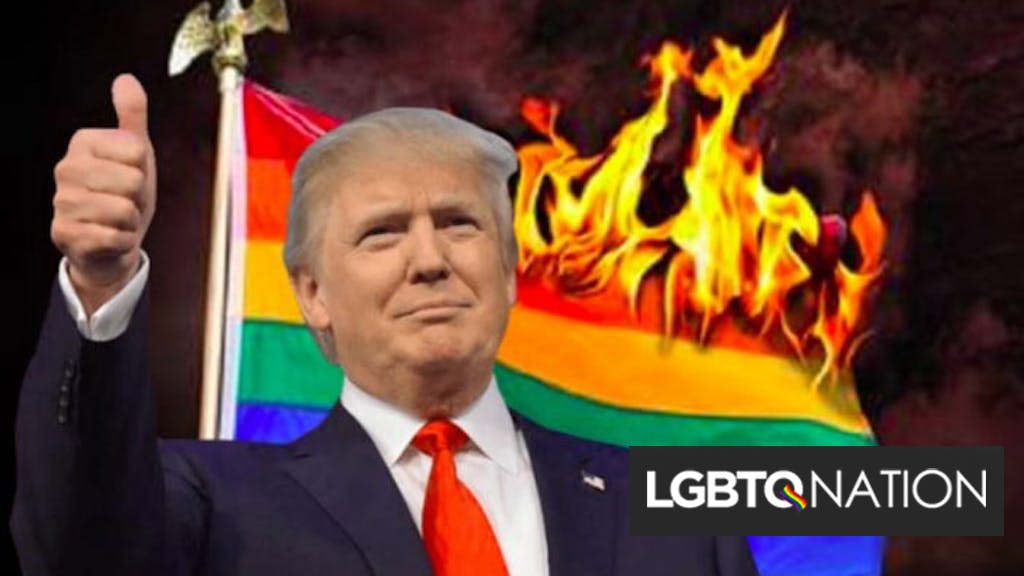 The Republican party has published a claim so preposterous it could have run on a parody site. President Donald Trump, they say, has “taken unprecedented steps to protect the LGBTQ community.”

The same day the party announced it would recycle its cruel 2016 platform that specifically targeted the community for condemnation. The Trump administration has been the most viciously anti-LGBTQ in the nation’s history.

Related: Here are all the times the Trump administration has attacked LGBTQ rights since he became President

The GOP only lists times the president “kept his promise to protect the LGBTQ citizens,” conveniently leaving out the hundreds of times the administration has actively worked to undermine the community. Many of the accomplishments were simply continuations of protocols set by previous administrations.

Reggie Greer, LGBTQ+ Vote Director for the Biden campaign, quickly responded, saying, “Donald Trump and Mike Pence have done everything in their power to endanger the rights and lives of LGBTQ+ people.”

“From banning transgender service members from being able to serve their country, proposing policies to strip LGBTQ+ health care protections, allowing homeless shelters to turn away transgender people, and encouraging adoption agencies to discriminate against LGBTQ+ families, and more, their barrage of attacks have not gone unnoticed.”

The list includes laughably tiny gestures like allowing a gay man to speak at the 2016 convention and lists various appointments he made that were filled by LGBTQ community members.

A large part of the back-patting revolves around former ambassador to Germany Richard Grenell. The out Trump acolyte was tapped to serve as Acting Director of National Intelligence, making him the first gay person to hold a cabinet-level position.

Grenell’s tenure in both positions was rocked with repeated scandals and German officials reportedly “shunned” the controversial diplomat, describing him as “narcissistic.”

As the ambassador, Grenell announced a new federal initiative to decriminalize homosexuality around the world and said it demonstrated Trump’s commitment to civil rights and the LGBTQ community. Asked about it by reporters, Trump admitted he didn’t know anything about it.

A third of the list is centered around the initiative, crammed with items like, “The Trump Administration has called on politicians, U.N. democratic governments, diplomats, and people everywhere stating that they should speak up loudly on the decriminalization of homosexuality.”

The Trump administration refused to allow embassies to fly rainbow flags during Pride month. Diplomatic staff in many countries rebelled, finding creative ways around the directive. Grenell’s request to fly the flag was one of those denied.

“When Joe Biden is president, the United States will once again stand as a beacon of hope for LGBTQ+ people in America and around the world,” Greer said.