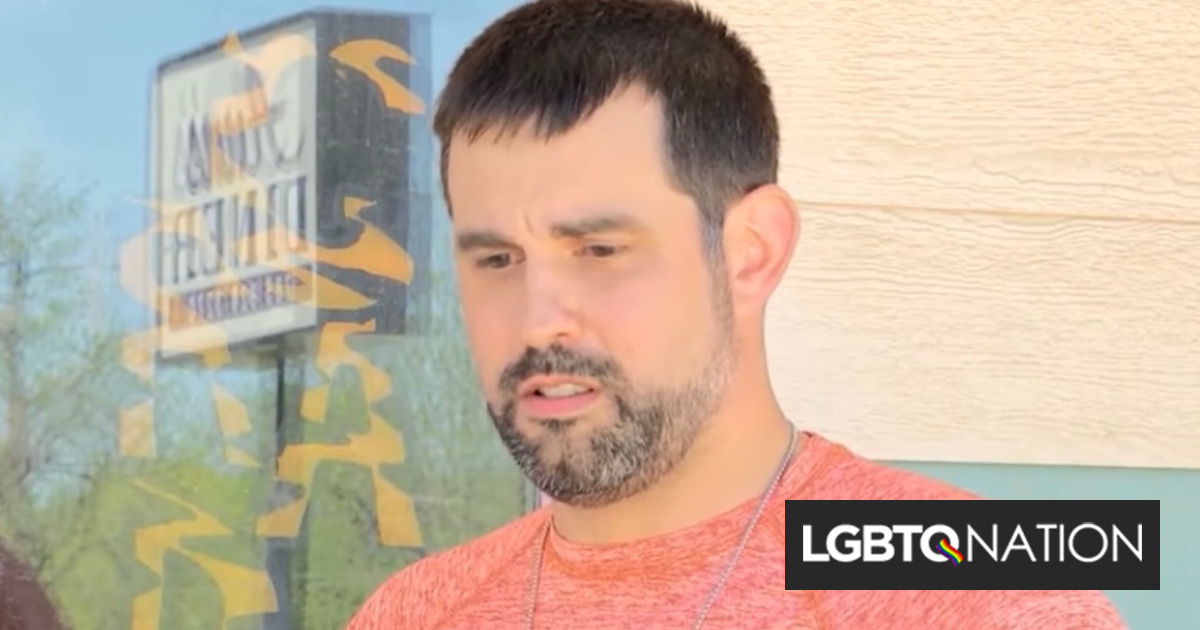 Kansas Rep. Mark Samsel (R) agreed to a plea agreement stemming from a series of incidents that took place when Samsel served as a susbtitute teacher at a school in Wellsville, KS, on April 28. Samsel was initially accused of grabbing one student and pushing him against the wall, before attacking another with the “wrath of God,” intentionally hitting him in his genitals, and inviting others in the class to do it too.

Related: Teen punished for saying she’s a lesbian on the school bus gets actual justice

Initially facing three misdemeanor battery charges, Samsel eventually pleaded guilty to one disorderly conduct charge. He received a 90-day suspended jail sentence, a year of probation, and a court-mandated ban on personal use of social media over that probation period, as a result of pleading guilty to disorderly conduct.

In addition, he was ordered to pay for the cost of court proceedings, write an apology to his victims for his actions, and not to have contact with them again (the prosecutor will work with his lawyer to get the letters delivered.)

While entering his plea on September 13, Samsel stated to the court, “I’m sorry for what happened. I never intended to hurt anybody.”

He undertook court-order mental evaluations in May, and he has pledged to continue seeking mental health treatment after. He also gave up his ability to work as a substitute teacher, although he has been banned from Wellsville School District property. He also lost his seat on the board of trustees of his alma mater, Missouri Valley College.

In August, Samsel admitted in a Facebook post that “extreme stress, pressure and agitation” prompted his behavior, which he described as an “isolated episode of mania with psychotic features.”

Regarding the series of incidents, he said “there is no likelihood that it will happen again,” despite his defense of his actions for months.

All hell broke loose when Kansas state Rep. Mark Samsel (R) worked at Wellsville High School, a school of about 225 in Wellsville, Kansas, on April 28. He berated teens all day, trying to direct several students to follow God and goading them to pledge to reproducing and having children of their own.

At one point, Samsel ranted against LGBTQ parents, claiming that he knew an unnamed sophomore at the school “who’s tried killing himself three times,” because “he has two parents and they’re both females.”

“He’s a foster kid. His alternatives in life were having no parents or foster care parents who are gay. How do you think I’m going to feel if he commits suicide? Awful,” Samsel lectured to students.

Samsel subsequently claimed to local media that he and the students had staged much of his actions, including the later assaults, and Samsel maintained he did nothing wrong — even after footage and testimony recorded by students from the day of terror showed otherwise.

Serving as a legislator since 2019, Samsel remains a member of the Kansas House Education Committee, and he has not received any dicisipline or censure from the GOP-majority legislature. His current term ends in January 2023.

Despite being an attorney, Samsel has also worked as a substitute teacher, and a basketball and soccer official in the statewide youth sports association, in the community for years. Even after his arrest, he appears to have remained a working official, making several social media posts in uniform as recently as June, among posts with several other youth at school sporting events.

His ban on personal social media use extends to Facebook, Instagram, and Twitter, although he can use the sites for “political and legislative purposes.” As of this writing, Samsel’s last Instagram post was a photo with two kids, at least a day before the ban was ordered.

Samsel became the second sitting elected official arrested in Kansas this year. State Sen. Gene Suellentrop (R) was arrested in March after driving while drunk and trying to evade police which led to a car chase.

Suellentrop’s since resigned as the Majority Leader of the state Senate, and many, namely Samsel, wanted Suellentrop removed to set an example for those “most important” to the chamber. “To me, it’s the kids,” Samsel said at the time.