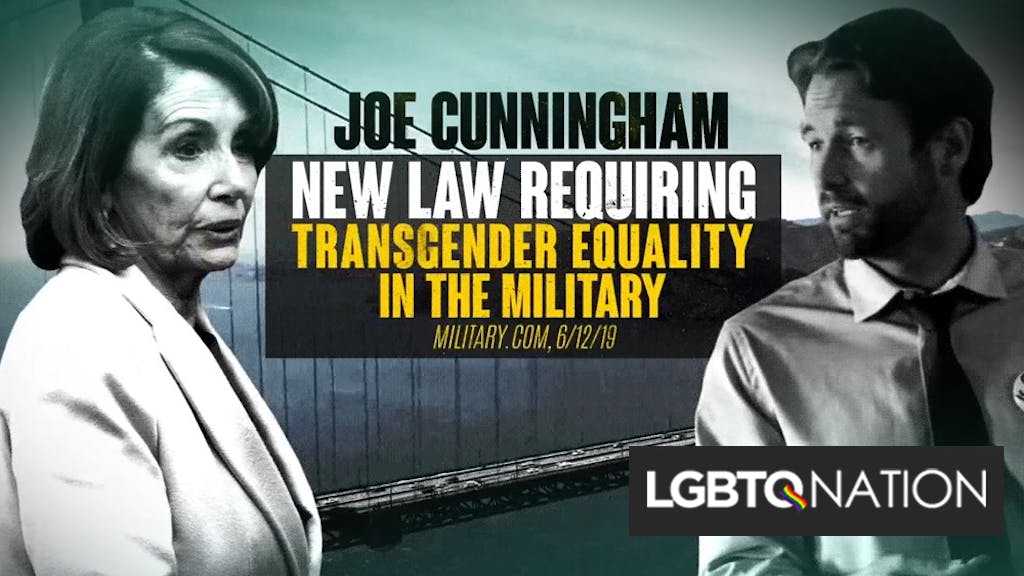 A Republican Congressional candidate in South Carolina is running a bizarre ad that blames transgender people for attempting to shut down a military base in the area.

State Rep. Nancy Mace (R) is challenging U.S. Rep. Joe Cunningham (D) in South Carolina’s 1st District, and her new ad accuses him of trying to shut down the district’s Marine Corps base on Parris Island to promote “transgendered equality.”

“Joe Cunningham’s vote has put Parris Island on the chopping block,” the ad says, not specifying exactly what vote is being referred to.

“Cunningham and Pelosi passed a law requiring transgendered [sic] equality in the military, a liberal mandate that will close Parris Island.”

Since no law has been passed during the Trump administration requiring the military to treat transgender people equally, it’s difficult to understand what Mace is talking about at all. Instead, Trump banned trans people from serving.

Her ad refers to a September 24, 2020 article on Military.com. An article on the military news site published that day discusses the possibility that the base on Parris Island will close, but the issue is the budget and a law requiring men and women in the Marine Corps be trained together, not “transgendered equality.”

Currently, Marine recruits get sent either to a base in San Diego, California or to Parris Island. Parris Island receives both men and women, while San Diego is only for male recruits. Congress in June 2019 voted for an amendment that would require coed training for all Marine recruits. The amendment was proposed by Rep. Jackie Speier (D-CA), not Speaker Nancy Pelosi.

The article from September 2020 is about how Marine Corps leadership is considering closing both the Parris Island and San Diego bases and creating a different, coed base to receive new recruits, partly because of the cost of upgrading the older facilities.

“Nothing, the way we’re organized right now, lends itself to integrated recruit training,” Commandant Gen. David Berger told the military news site. “If that’s our start point – and it is – we have to get to a place on both coasts, or at third location or whatever we end up with, that… there are male and female recruits around.”

While it’s not known why Mace described that law as “requiring transgendered equality,” it could possibly be because of a belief by some Republicans that transphobia is a good wedge issue for the 2020 elections that will motivate their base and get undecided voters to vote for them.

LGBTQ Nation sent Mace’s campaign a request for comment and this article will be updated if they reply.