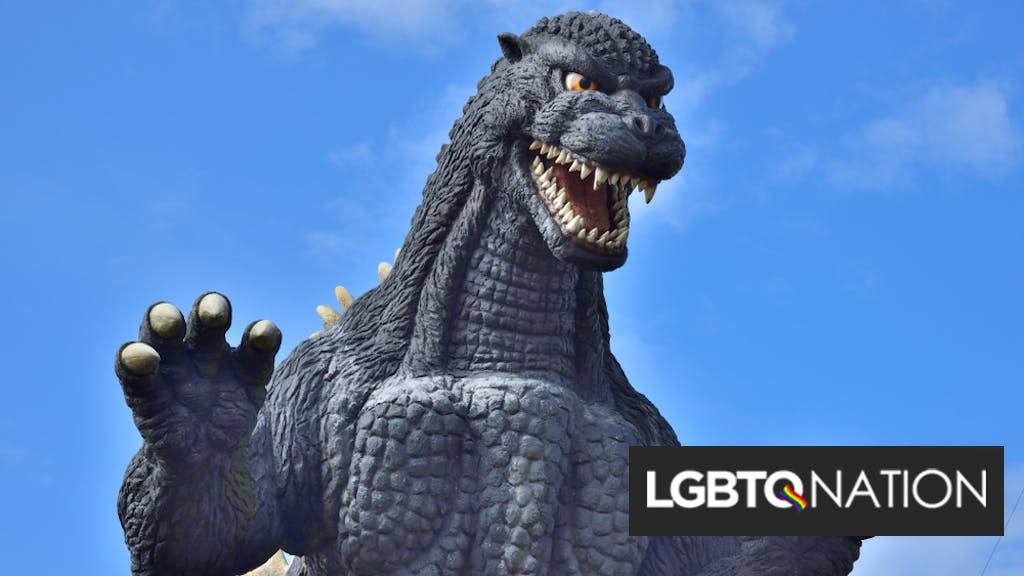 Godzilla, the 400-foot tall reptilian “King of the Monsters” who has spent nearly 70 years destroying cities and fighting other super-sized kaiju creatures, has a transgender child, according to a short film released on Pride month by his Japanese creators.

On the last day of Pride month, Toho, the Japanese film production and distribution company that created and maintains the Godzilla film franchise, shared an adorable two-minute film in which Godzilla, just starting a battle, notices his child feeling glum. When he tries to engage her, she shies away.

Back at home, Godzilla notices his child isolating in her room and watching old reruns of Sailor Moon, a very queer queer anime series. Finally, his child opens up to him over a cup of tea.

The child explains that she doesn’t identify with being a boy, she feels much more like a girl. Instead of disapproving or trying to convince her otherwise, Godzilla simply hugs her. Later on, he surprises her with another show of support: knitting her a blanket in the pattern of the trans flag.

Here is the video showing Godzilla and his transgender daughter:

The short was created by Cressa Maeve Beer, a stop-motion animator who made the short in commemoration of Pride month.

While Toho sharing Beer’s film is a kind nod to trans fans, it also helps raise the visibility of trans people in Japan. A 2017 poll of Japanese citizens showed that seven percent of citizens know a trans acquaintance and only two percent actually have a trans friend or family member.

I have learned three things since posting that video:

1:) Many of my Trans siblings also loved Godzilla growing up

3:) There will always be more love than hate in the world. Always.

Apparently, Godzilla originally had no set gender and was referred to as “it” in the original 1954 Japanese film, only to be called “he” in its 1956 American release which also gave Godzilla the title “King of the Monsters.” The English dubs of the 30 Japanese-region Godzilla films still refer to Godzilla as a male while the Japanese ones do not state the creature’s gender.

In the movies, Godzilla’s child first hatched from an egg in the 1993 Japanese film Godzilla vs. MechaGodzilla II (the sequel to the 1974 film), film, but it wasn’t given a gender either.