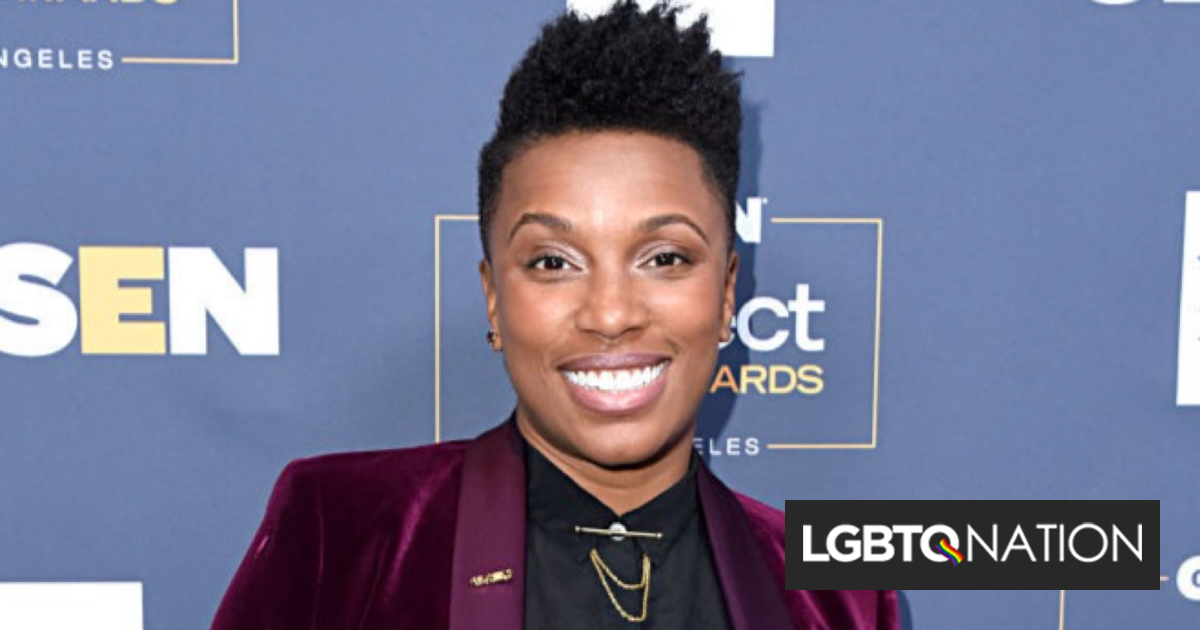 Melanie Willingham-Jaggers has been appointed as the Executive Director of GLSEN, the organization announced on January 26. They had served as the interim executive director since March 2021, and served as deputy director from 2019 to 2021.

Willingham-Jaggers are the first Black and first non-binary director of the LGBTQ educational advocacy organization. Their permanent appointment comes as LGBTQ people and educational material about LGBTQ people is under attack across the country.

GLSEN’s statement announcing the appointment touted Willingham-Jaggers’ “extensive experience as a leader in the social justice movements, including in curriculum design, facilitation, organizing within and beyond various marginalized and intersecting communities.”

Willingham-Jaggers, who uses they/them and she/her pronouns, previously served as the board chair of The Audre Lorde Project. Prior to working at GLSEN, they worked at Cornell University, The Alliance for a Greater New York (ALIGN), and Health Initiatives for Youth. While working at GLSEN, they had also worked as a facilitator for multiple clients, and taught as an adjunct lecturer at the City University of New York (CUNY) School of Professional Studies until May 2021.

“I am thrilled to continue and accelerate the important work GLSEN started more than 30 years ago. Education is the cornerstone of our democracy and GLSEN’s work is rooted in the belief that education can and should be an experience that is safe, inclusive, and affirming for all students, Willingham-Jaggers said in the statement. “I am committed to ensuring our organization lives up to that promise and advances work based always on GLSEN’s core strategies: anti-racism, gender justice and disability justice.”

Other LGBTQ organization leaders and former GLSEN staffers welcomed Willingham-Jaggers’ hire as well. “The appointment of Melanie Willingham-Jaggers heralds an exciting new chapter in the organization’s history. I look forward to seeing GLSEN reach new heights under their leadership,” Kevin Jennings, the founder of GLSEN and current CEO of Lambda Legal, said.

Actor and executive board member Wilson Cruz also stated, “I’m honored to work alongside a dedicated, skilled advocate like Melanie. She’s a force to be reckoned with and I’m eager to see GLSEN continue to build power for our movement and shift the needle on the issues that matter to LGBTQ+ young people.”

“The LGBTQ+ movement, including PFLAG in particular, benefits from the leadership of organizers like Melanie Willingham-Jaggers in their new role as Executive Director at GLSEN,” PFLAG executive director Brian K. Bond said. “Both our organizations understand that youth who are targets of discrimination, such as LGBTQ+ youth who are Black, brown, Native, newcomer, and who have disabilities, can and do lead the way to liberation and equality.

Bond also noted the importance of protecting LGBTQ people in education currently. “At a time when some adults in power claim that youth in schools need to be shielded from accurate and inclusive education, the role of GLSEN together with PFLAG becomes all the more important,” he said.

Congratulations have poured in from staff from the White House to stars to local LGBTQ advocates across the country.

Congratulations to Melanie Willingham-Jaggers on becoming @GLSEN’s executive director! I have so much admiration and respect for Melanie. We look forward to continue working with Melanie and the amazing team at GLSEN to advance school safety and inclusivity for #LGBTQI+ students! https://t.co/B7l2ssJlc6

I am THRILLED to share some good GOOD NEWS!

We are so fortunate to have this devoted and brilliant leader to continue our vital work of making EVERY school in this country a safe place for #LGBTQ students. pic.twitter.com/3gTNF4Fjp7

I am so proud and excited to congratulate YWFCenter Sibling (and my bestie!!) Melanie Willingham-Jaggers as the new GLSEN Executive Director! Their first Black non-binary ED in their 32 yr history. https://t.co/wOhv3SSajc

GLSEN, which formerly stood for the Gay, Lesbian & Straight Education Network, operates across the country in pursuit of their aim, “Creating a better world for LGBTQ students.” They promote nationally-recognized periods of action such as the Day of Silence, Solidarity Week, and No Name-Calling Week.

Eliza Byard served as executive director of GLSEN from 2008 to 2021 before stepping down and serving as Senior Executive Advisor through the end of 2021. “Melanie’s expertise as an organizer and deep connections across movements are invaluable for the next chapter of GLSEN’s work,” Byard said in GLSEN’s statement.