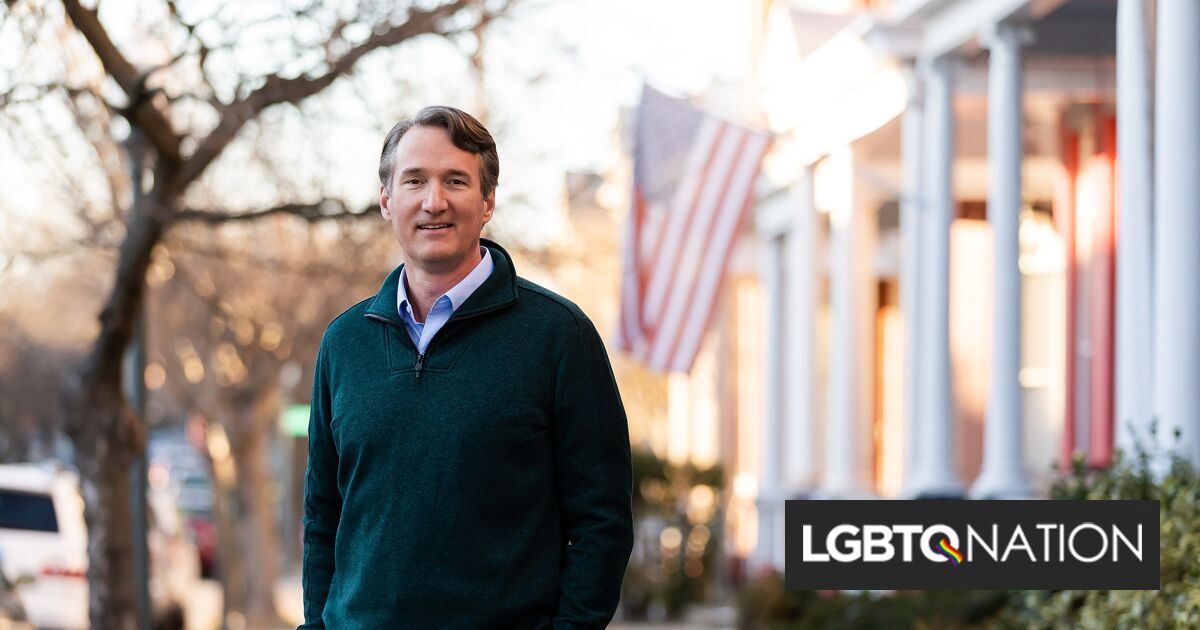 After previously declining to answer the question publicly, Virginia’s Republican gubernatorial candidate Glenn Youngkin finally acknowledged that he remains opposed to marriage equality in an interview this week.

Right before Youngkin’s staff ended the interview and refused to discuss the candidate’s policy proposals, the Associated Press asked Youngkin whether he supports marriage equality. “No,” he simply responded.

Related: How the extreme right is weaponizing bigotry to campaign in Virginia

AP further reports that Youngkin went on to say that he finds it “legally acceptable” in Virginia, and clarified that “I, as governor, will support that.” The interview ended shortly thereafter.

The topic came up in regards to the Holy Trinity Church, a nondenominational church that the Youngkins were part of founding. According to AP, “It was important to the Youngkins that the church offer an evangelical faith education course called Alpha, which Youngkin has said he’s taken.”

Caren Merrick, a fellow worshipper at Holy Trinity with the Youngkin family who also works as the CEO of an initiative started by Youngkin recently, told AP that faith “informs everything he does.”

Still, Youngkin also told the publication that he believes he’s “called to love everyone.”

Youngkin’s opponent in the gubernatorial race, former Gov. Terry McAuliffe, said in response that “As governor, I worked my heart out to keep Virginia open and welcoming to all. This type of bigotry and intolerance has no place in our commonwealth.”

He added, “I was proud to be the first Southern governor to officiate a same-sex wedding,” and that he’ll “ALWAYS stand up for marriage equality,” no matter what the law says.

As governor, I worked my heart out to keep Virginia open and welcoming to all. This type of bigotry and intolerance has NO place in our Commonwealth. https://t.co/T8olFwkszP

With the Trump Supreme Court, we can’t take anything for granted. I’ll ALWAYS stand up for marriage equality here in Virginia. We’ve come too far to go back now.

This is the first definitive answer Youngkin has given about his stance on LGBTQ rights since his campaign began. This summer, the New York Times tried to ask him about his stance on marriage equality, and he dodged answering the question. The Times reported that Youngkin “declined to say” whether he supported the right to marry for all or not, and instead he considers himself to be a standard “conservative.”

While he has worked hard to avoid actually saying he doesn’t support marriage equality, Youngkin’s actions as a candidate have been more clear. He’s repeatedly denigrated trans people, referred to trans youth as “biological males” who are “not fair” for trying to participate in sports, and was recently honored at a gala by an anti-LGBTQ group — which itself was supported by hate groups and Trump-affiliated organizations.

The keynote speaker at the event was Trump’s former White House Press Secretary Kayleigh McEnany, who once proclaimed that the man who banned trans military personnel had “a great record when it comes to LGBT issues.”

What’s at stake in the #VAgov election? From his refusal to support marriage equality to his push to allow businesses a license to discriminate against LGBTQ+ Virginians, Glenn Youngkin’s dangerous views will drag Virginia and its open and welcoming economy backward. https://t.co/2A4qPh2VQv

By contrast, @TerryMcAuliffe has fought to ensure every Virginian can live free from harm and discrimination. A champion for fairness and equality, his first act as VA’s 72nd governor was to sign an order prohibiting discrimination against LGBTQ+ state employees.

Sad and shameful that in 2021, someone who is this anti-LGBTQ is seeking the highest office in Virginia. Say no to Glenn Youngkin and keep Trump’s politics out of Virginia.#vagov https://t.co/TFlL3ir9XR

Shameful. It’s 2021 and Glenn Youngkin is still opposed to marriage equality!?! How could my marriage possibly harm him? It doesn’t, he’s running on hate. https://t.co/KkBYAzehed