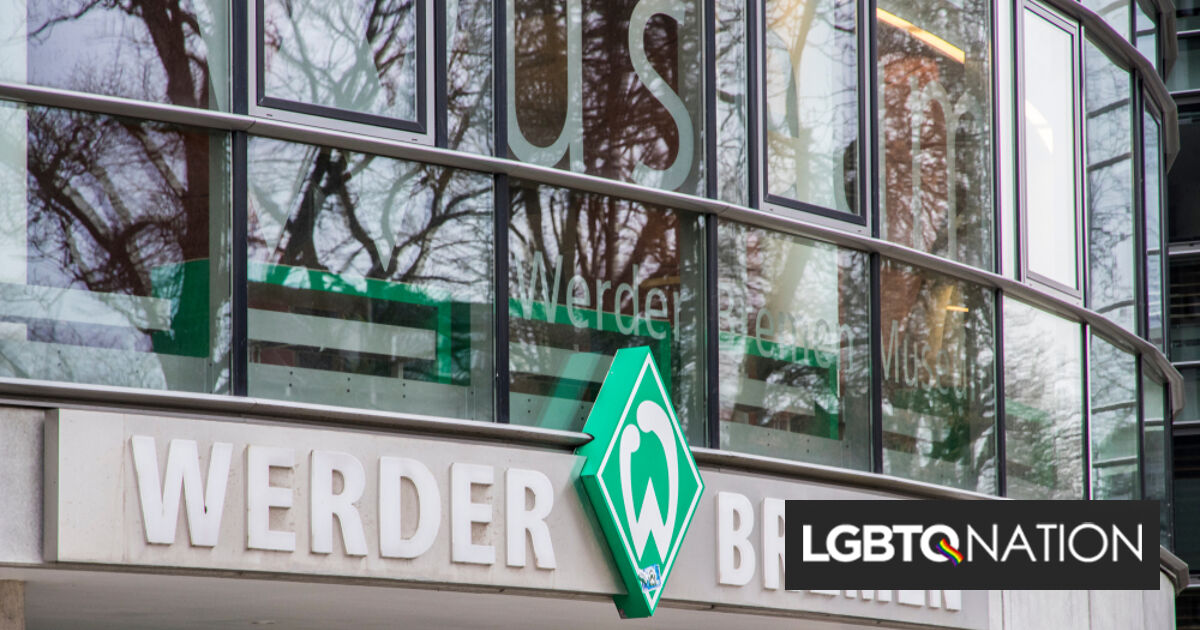 A week after the death of a trans man at the hands of a 20 year-old assailant, soccer fans in Germany rallied in support and mourning for the victim at a match in Bremen.

Twenty-five-year-old Malte C., identified by police only with his first name and initial in keeping with privacy rules, died a week earlier from injuries sustained at the Christopher Street Day parade in Münster, the city’s annual Pride march held the previous weekend.

According to witnesses, Malte intervened when his attacker started hurling homophobic slurs at a group of women parade-goers. He was struck twice in the face and fell to the ground, hitting his head. He never regained consciousness.

Police apprehended the suspect at Münster’s central train station based on photos and video provided by witnesses, on the same day Malte succumbed to his injuries. The suspect is being held in investigative detention on suspicion of bodily harm resulting in death.

Community leaders in the German city reacted with shock to the violent attack. Roman Catholic bishop Felix Genn called it “barbaric” and an “insane act.”

“Intolerance, exclusion, and hatred must have no place in our society,” he said in a statement.

The German government’s Commissioner for the Acceptance of Sexual and Gender Diversity, or so-called queer commissioner, Sven Lehmann, shared the bishop’s shock.

“Malte has died following a hate attack at the CSD Münster,” he wrote on Twitter. “I’m stunned and sad. My condolences and deep sympathy go to his family and friends. Violence against queer people is a threat that we must all stand up to.”

The soccer demonstration in Bremen came just days after another violent attack on a trans person, when a 57-year-old trans woman was assaulted on a tram in the same city.

Soccer ultras have been outspoken in support of LGBTQ and trans rights. In the U.S., ultra fan group The Uproar, supporters of the North Carolina Courage, rallied against re-signing Jaelene Daniels, who refused to wear the team’s rainbow jersey, while Prideraiser, a coalition of independent soccer ultras, raises money for local LGBTQ charities annually for Pride Month.

Los Verdes, ultras for Austin FC, collaborates with the team’s goalkeeper, Brad Stuver, to fundraise for organizations including Playing for Pride and the Transgender Education Network of Texas.