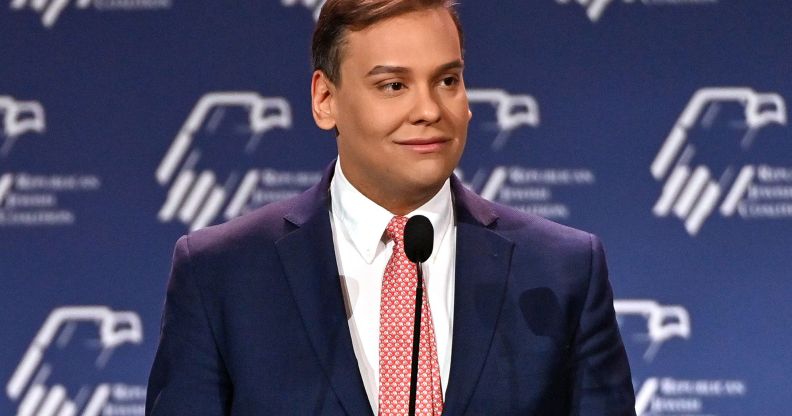 New York prosecutors are investigating George Santos after the incoming Republican congressman admitted to lying about employment and education history.

Santos faced calls to resign after media investigations raised questions about a number of claims he made including having higher educational degrees, working at high-profile businesses and the assertion he is the descendant of Jewish relatives who fled persecution during World War II.

Authorities from Long Island in New York, where Santos was elected in November, have now announced they will investigate whether Santos crossed a line into criminal wrongdoing when he made false claims about his employment, education and family history.

“The residents of Nassau County and other parts of the third district must have an honest and accountable representative in Congress,” the Republican DA said. “If a crime was committed in this county, we will prosecute it.”

CBS News has also reported a federal investigation being opened. It cited sources who said the US Attorney’s Office for the Eastern District of New York is investigating Santos’ finances.

Despite acknowledging some of his lies, the embattled congressman-elect said he has no intention of stepping down before he’s sworn in as a member of Congress next Tuesday (3 January).

In interviews, George Santos played down the fabrications, saying he used a “poor choice of words” when describing his employment history.

“I’m embarrassed and sorry for having embellished my resume,” he said. “I own up to that … We do stupid things in life.”

The gay Republican acknowledged he didn’t graduate from “any institution of higher learning”, and he admitted he never worked directly for Citigroup and Goldman Sachs.

In response to reports casting doubt on his claims of Jewish heritage, Santos told the New York Post: “I never claimed to be Jewish… I said I was ‘Jew-ish’.”

He referred to himself as a “proud American Jew” in a campaign document. He also claimed his grandparents fled “Jewish persecution” in Ukraine before settling in Belgium and “again fled persecution during WWII”.

The Republican Jewish Coalition (RJC) repudiated George Santos and said the GOP congressman-elect is not invited to any future events.

“He deceived us and misrepresented his heritage,” said Matt Brooks, chief executive of the RJC.

“In public comments and to us personally he previously claimed to be Jewish,” he said. “He has begun his tenure in Congress on a very wrong note.”

He previously alleged to have worked at the same company as four victims of the 2016 Pulse shooting, an attack that left 49 people dead.

Santos told WABC radio station recently that a company he was starting was in the process of hiring the four people but they were not yet employees at the time of the tragic events at the LGBTQ+ nightclub.

Bizarrely, Marjorie Taylor Greene leapt to the defence of Santos after he gave a truly painful-to-watch interview to Fox News trying to explain away his lies.

Greene rallied against those “giving George zero grace” and “even demanding he resign” in a lengthy series of posts on Twitter. She also believed “Republicans should give George Santos a chance” to see how “he legislates and votes” before treating him the “same as the left is”.

The anti-LGBTQ+ Republican shared a long list of disinformation in a separate tweet thread defending Santos from what she believed was an attack from the “left”.

She falsely claimed Minnesota representative Ilhan Omar married her brother, that George Floyd; a Black man killed by the police in 2020, died of a “drug overdose”, that Dr Rachel Levine isn’t a woman because she’s transgender, that former president Donald Trump didn’t incite the Capitol riots – and that COVID-19 vaccines don’t work.

“The left doesn’t care about lying,” Greene claimed. “The real reason they’re attacking George Santos is that he [is] the first openly gay Republican elected, and they hate him for it.”