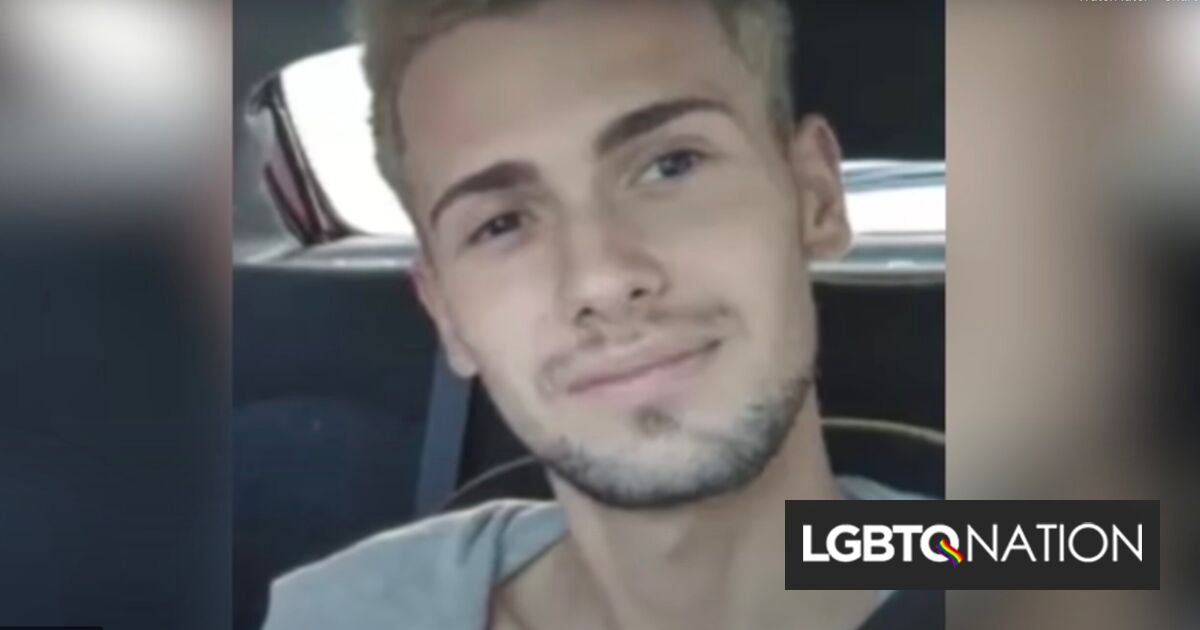 A horrific murder in Spain that was fueled by homophobia has led to a wave of protests across the country.

This past weekend, gay 24-year-old nursing assistant Samuel Luiz was killed outside a nightclub in Galicia. It was his first weekend out since the pandemic began.

Lina and Vanesa, friends of Luiz, told El Mundo that he was standing outside of the club on a video call when two people walking by demanded he stop recording them. Luiz and his friends tried to explain he was on a video call and not recording anyone, but one of the passerby responded, “Either stop recording or I’ll kill you, fag.”

One of the men then started beating Luiz.

“The video was blocked, but the audio kept playing and I did not know what exactly was happening,” said Vanesa, who had been on the other end of the video call. “I only heard the blows and Lina yelling: ‘Leave him, he’s my friend, please leave him!’”

Eventually, the man left. Luiz was badly bruised, but conscious. But then the man returned with twelve more people, who together beat Luiz to death.

“I saw in the distance that a crowd of people were moving at high speed and I ran towards it. I heard someone yell ‘you fucking fag!’”  Lina said. “When I arrived I found Samuel on the ground unconscious, they were gone, they had left him lying there and had run away.”

Luiz later died in the hospital.

According to Gay Times, police described the murder as a “human pack kicking a youngster for more than 150 meters down a street.”

“The man tried to escape on a number of occasions,” police continued. “He fell and got up as many as three times, he managed to cross the street, but they caught up with him again and carried on beating him. There were a lot of people, men and women, and they didn’t assault him but they did cheer on those who were.”

The murder ignited protests and outrage across Spain, with protestors demanded the government do more.  In Madrid, riot police were caught on video using violence against protestors.

Police have since arrested three people who they believe participated in beating Luiz.

“Three young people between 20 and 25 years old, residents of A Coruña, arrested as alleged perpetrators of the violent attack that ended the life of Samuel Luiz,” tweeted the Policía Nacional. “The investigation remains open until the facts are fully clarified. More arrests are not ruled out in the next few hours”

Spanish Prime Minister Pedro Sanchez called Luiz’s murder “a savage and ruthless act” and declared the country “will not take a step back in rights and freedoms. Spain will not tolerate it.”

On the same day Luiz was killed, two gay men were also attacked in the Spanish city of Valéncia. Alejandro, 21, and an unnamed friend were hanging out in a park when a group of people walked up to them. A man from the group asked if the pair had any money. Alejandro joked, “I don’t, but I do have a great ass.”

The man responded by hurling homophobic slurs at Alejandro. “Just for spouting that nonsense about my body and, seeing that I was homosexual, he took it as a horrible offense,” Alejandro told La Marea.

Police arrived on the scene but did not make any arrests and did not offer to take the victims to the hospital. The following day, Alejandro and his friend went to three police stations trying to file a complaint.

“The worst part is that it has become normalized,” he told El País. “For now I’m filing a complaint, of course.”