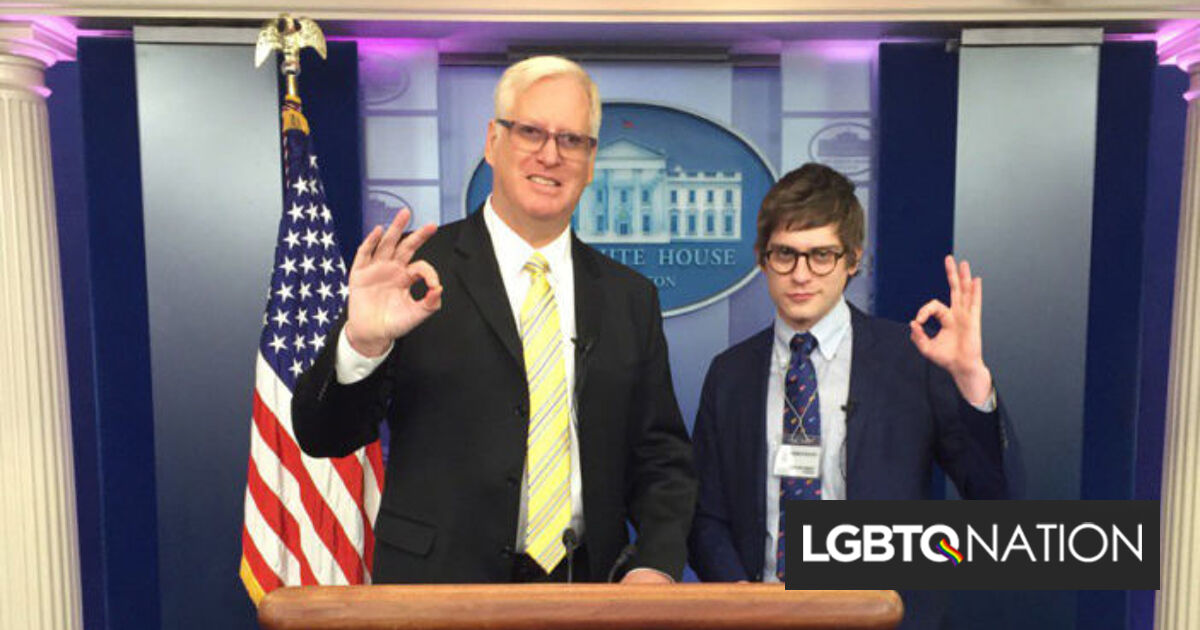 A far-right website, often criticized for its “fake news” is being sued by two election workers in the state of Georgia for defamation over their supportive coverage and amplification of the 2020 election conspiracies. The Gateway Pundit, Jim Hoft — the gay man who founded it — and his brother Joe Holt are being sued by Wandrea “Shaye” Moss and her mother Ruby Freeman, due to the harassment incited by the website and its false allegations that the election was rigged or “stolen.”

Gateway Pundit is known for spreading disinformation so much that it has been banned from Twitter and from advertising or promoting itself via Google. Yet, it remains a consistent top “news” source on Facebook and reaches over 630,000 people via its Facebook Page alone.

Related: “Twinks for Trump” founder held a “corona potluck” to spread the virus

The lawsuit was first reported by Reuters, which came days after their investigation that highlighted Moss’s and Freeman’s struggles in light of the far-right disinformation campaign to further push election conspiracy theories. Moss, who was a voter registration officer during the election for Fulton County, Georgia, and Freeman, who was a temporary employee, claim with their suit that the Gateway Pundit‘s repeated “lies” that they are “traitors” and “steal the presidential election in Georgia” has led to irreparable harm to their “devastated” reputation.

The accusation stems from the website’s coverage of a lawyer for the Trump campaign claiming in December that workers for Fulton County, the most-populated county in Georgia that largely went to Joe Biden, that had supposedly bought in “suitcases” of fake votes in favor of Biden.

While the legal theory failed in court, the Gateway Pundit and other far-right websites picked up the coverage and continued claiming that Moss and Freeman had help to “steal” the election. Not only did they publicly accuse Moss and Freeman, but one Gateway Pundit headline read, “What’s Up, Ruby?” after they found footage of her carrying what Georgia’s Secretary of State says is standard election equipment, proudly declaring that the “Crooked Operative… IS IDENTIFIED.”

The Gateway Pundit allegedly “instigated  a deluge of intimidation, harassment, and threats that has forced them to change their phone numbers, delete their online accounts, and fear for their physical safety” to the point that Freeman went into hiding.

“I couldn’t have imagined the lies that The Gateway Pundit would tell about me, pushing people to harass me and my family and to threaten us with violence,” Freeman said in a statement.

Their lawsuit is filed in St. Louis Circuit Court and seeks unspecified damages. Neither the website nor the Hofts have commented.

The Gateway Pundit was well known for misleading coverage of crime before it even began pushing “fake news” and a pro-Trump agenda a few years ago, which was ultimately rewarded with a seat in the White House Press Room for Daily Press briefings under Trump’s administration.

The website first hired “Twinks for Trump” creator Lucian Wintrich as their White House Correspondent. Later that year, Wintrich was arrested for assaulting a college student during a speech in which he declared “America run by illegal immigrant tranny migrants.”

In 2019, the website was a promoter of claims that then-presidential candidate Pete Buttigieg was accused of sexual assault. The allegations were revealed to be fabricated.

“Reporting” from Gateway Pundit has led to FBI investigations and other civil lawsuits — against the website itself, that is. Once awarded by conservative organizations, even right-wing outlets such as Newsweek and researchers at Harvard have deemed their writings to be largely falsified.

Presently, they promote far-right extremists such as convicted insurrectionist Brandon Straka and the mastermind of the false Buttigieg claims, Jacob Wohl.

The site’s founder, Jim Hoft, was once deemed “the dumbest man on the internet” for his nonsensical constant attacks on the Obama administration. After blogging for years, he created Gateway Pundit explicitly to “expose the wickedness of the left.” He operates the site from his home near St. Louis, where the latest suit was filed.

Hoft came out in 2016 in defense of the National Rifle Assocation (NRA) after the Pulse massacre in Orlando. He was banned from Twitter in February for continuous pushing misinformation.