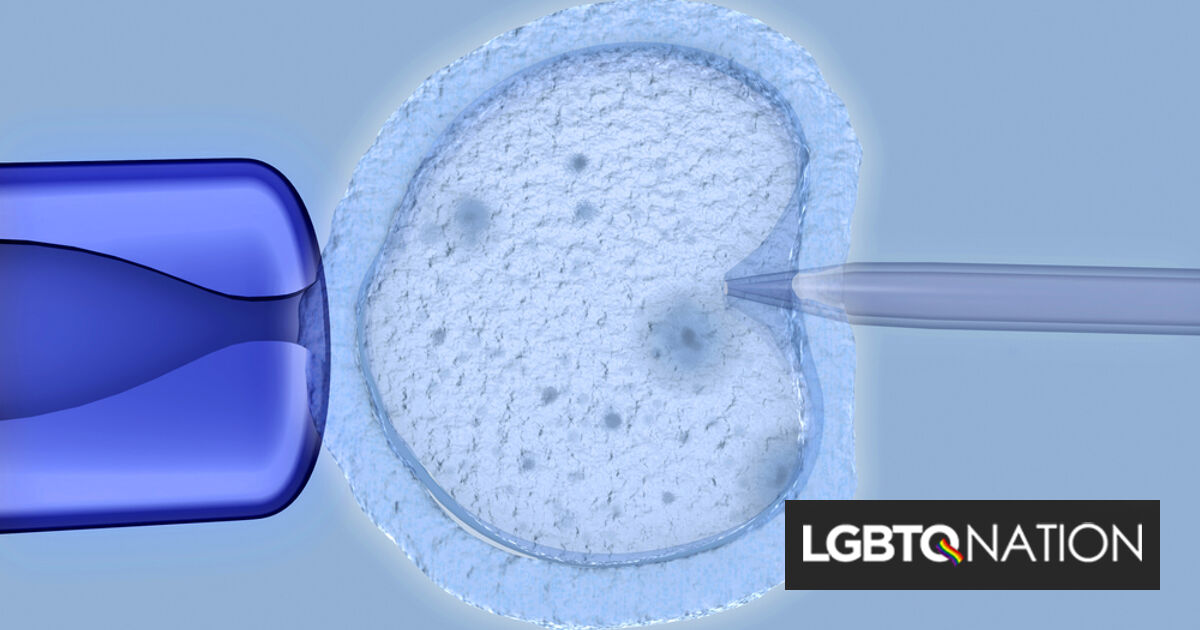 A gay couple in Pasadena was surprised in 2021 when their surrogate gave birth to a baby girl instead of a baby boy, and now they’re suing the fertility clinic that performed the in vitro fertilization.

The defendant in the suit is HRC Fertility, a clinic that specifically caters to LGBTQ parents in the Pasadena area. Their website specifically says that they are “dedicated to helping the gay and lesbian community achieve their dreams of parenthood.”

Related: Lesbian moms sue fertility clinic because their child is a boy, not a girl

“To this day, HRC has offered no explanation for how this error occurred,” the suit states.

The plaintiffs are Albert and Anthony Saniger and they allege that their doctor, Dr. Bradford A. Kolb, committed breach of contract, medical malpractice, negligence, fraudulent concealment, and violation of the Unfair Competition Law and the Consumer Legal Remedies Act.

The couple alleges they spent around $300,000 for several rounds of IVF and the surrogate, and expect their costs to skyrocket because they still plan on having two boys in addition to their daughter.

The Sanigers said that they decided on their kids’ names and even got Gmail addresses for them before they were married in 2013. They wanted two boys, and now they say that they will have to pay a lot to have their two boys because of HRC and Kolb “negligently, recklessly, and/or intentionally transferred a female embryo to the Sanigers’ gestational carrier.”

It is not clear why the couple specifically wanted two boys.

“At HRC Fertility, our mission is to provide world-class care,” a spokesperson for the clinic said. “We have helped thousands of people, including the couple involved in this lawsuit.”

“Every child has value and limitless potential regardless of gender. We hope the Sanigers find love and value in their healthy child while so many across the country are struggling with reproductive issues.”

This isn’t the first time a fertility clinic has been sued for the birth of a child that is not the expected gender.

Earlier this year, a lesbian couple in New York state sued a fertility clinic after they were assured that their baby was going to be a girl but turned out to be a boy.

Heather Wilhelm-Routenberg and her wife Robbie Routenberg-Wilhelmwent to the CNY fertility clinic in Latham, where they were told that the clinic could determine the chromosomes of the embryos created with one partner’s eggs and donor sperm that the other partner would later carry.

“I was so furious. It felt like a deep betrayal. How the f**k do you mess up that bad?” she said. “They messed up something so integral; the fact that there are no legal requirements about these procedures should strike fear in the hearts of all parents using fertility services.”

She explained why it was so important to have a daughter and not a son: “We didn’t want to have a boy because of the assaults and because of the socialization of boys — there’s constant socialization of what it means to be a ‘real man.’ People say, ‘Oh, he’s a boy, let him hit you,’ and all the camouflage and guns don’t help. It reinforces masculinity, and that’s a reminder of the assaults every time.”