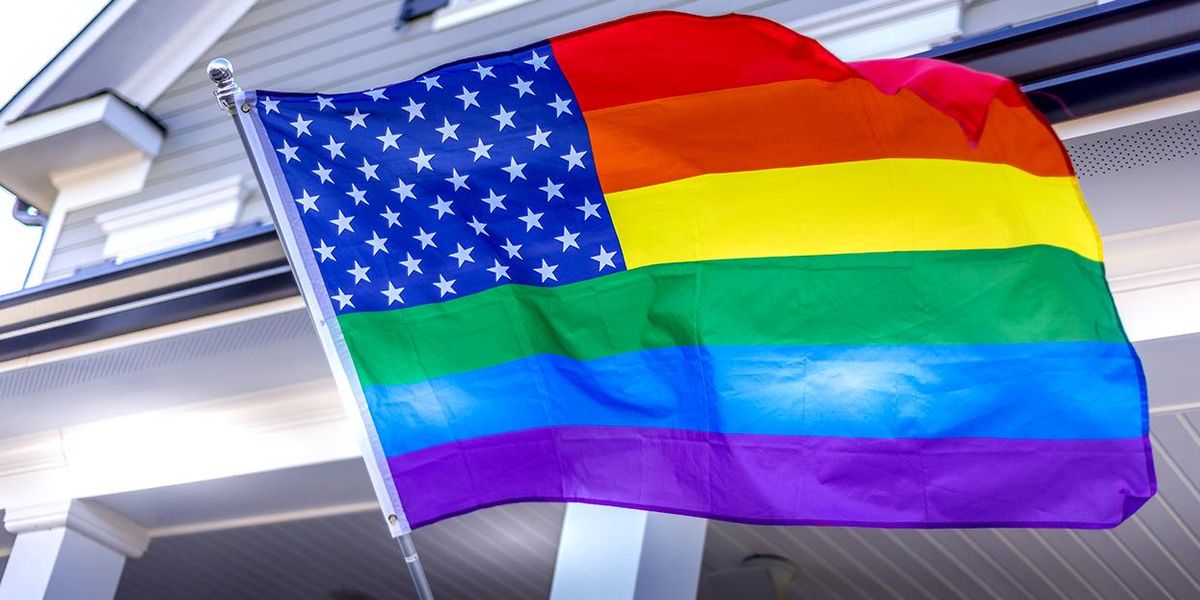 Jared and Tim Deluca, a gay couple living in Queen Creek, Ariz., put their pride flag up in December. Since then, it’s been vandalized several times.

The couple placed the flag on a popular street. They told the station that they didn’t want to be ashamed to have it or to fly it. However, their house has now become a target of anti-LGBTQ+ people.

“The first thing that happened was one day I was outside in the back patio and I heard people screaming slurs from their car while passing behind our house. Which is funny because they didn’t know I was there. They were literally screaming at my house for the sake of screaming at it,” Jared told local television station KTVK.

After the ordeal of people screaming slurs, their flag was slashed. Then, someone broke their flagpole and took the flag, according to the station.

A neighbor ended up finding and returning the flag. But after all these incidents, the couple said they didn’t feel comfortable in their home.

“Instantly it became apparent that we were no longer feeling safe here,” Jared explained.

While most of their neighborhood has been friendly, one neighbor tried to scare them by driving past them and staring them down before speeding off.

Two police reports have been filed.

Jared told KTVK that wasn’t the end of their flag problems. Last week, he received a letter from their homeowners’ association telling them that their flag had to come down. The station reports that the community manager told Jared it wasn’t protected under Arizona statutes — the American, state, and military flags are.

He said that even though the community manager said the flag had to be removed, he and Tim aren’t moving it.