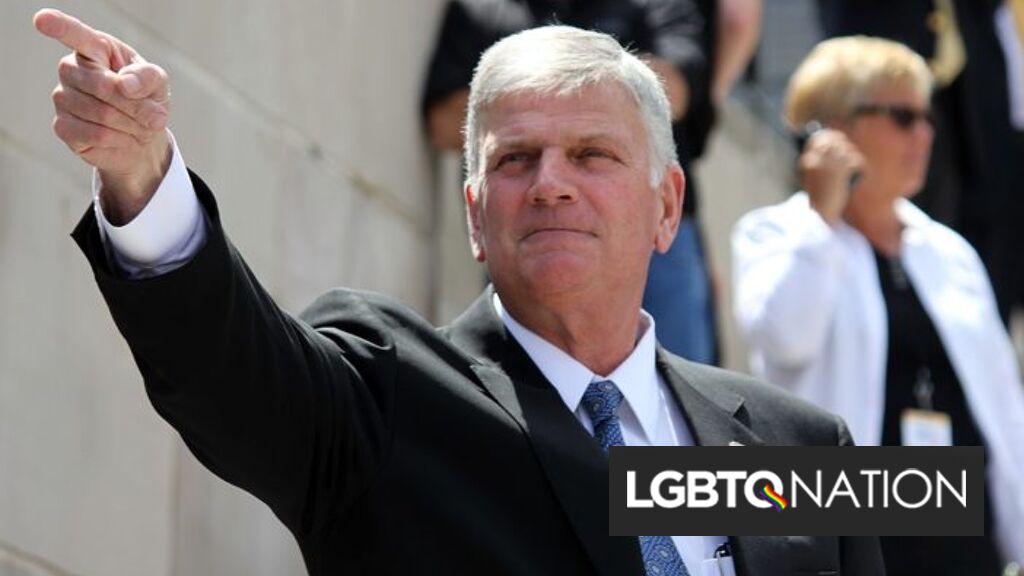 Evangelical leader Franklin Graham threw his support behind Donald Trump throughout his 2016 campaign and ascension to the presidency, and most of the evangelical community followed suit. Now, Graham is still firmly behind Trump, although the president incited an insurrection and repeated baseless lies that the election was stolen from him.

In fact, Graham cheerleaded those conspiracy theories and now, he’s comparing the Republicans who voted in favor of impeachment with the Christian disciple Judas Iscariot, who betrayed Jesus Christ.

“Shame, shame on the ten Republicans who joined with Speaker Nancy Pelosi and the Democrats in impeaching President Trump yesterday,” Graham wrote on his Facebook page. “After all that he has done for our country, you would turn your back and betray him so quickly? We have never had a president like him in my lifetime.”

“But the House Democrats impeached him because they hate him and want to do as much damage as they can. And these ten, from his own party, joined in the feeding frenzy,” he continued. “It makes you wonder what the thirty pieces of silver were that Speaker Pelosi promised for this betrayal.”

In the Christian Bible, Judas betrayed Jesus to Roman authorities for 30 pieces of silver, which led to the crucifixion. The entire religion is based upon the death of Christ.

Graham spent the presidential election and subsequent runoff elections in Georgia attempting to scare his followers into voting for Republicans, painting the Democrats as godless heathens.

“Christians who believe the Bible and live in Georgia – the soul of our nation is at stake,” Graham declared before the Georgia election won by both Democratic Senate candidates. “I ask you to rally God’s army to PRAY and VOTE in this run-off for the Senate.”

“If conservatives lose control of the Senate, there is nothing to stop the radical agenda of the left. There will not be another chance to get this right. The nation is depending on you.”

Passage of LGBTQ civil rights protections are part of the Democratic “radical, wicked agenda that is trying to take control of our nation,” he said.

Graham encouraged Republican senators to challenge the results of the Electoral College votes during a constitutionally mandated joint meeting of Congress. After the first challenge, Trump supporters stormed the Capitol. Five people died as the crowd rampaged through the building, destroying the premises and looking for Vice President Mike Pence so they could execute him.

“A number of Republican Senators have said that they will not vote Wednesday to certify the results of the presidential election until there is an audit of states in question. I don’t know about you, but that seems reasonable to me,” he posted two days before the riot.

“The votes are in, but is the election over? I have no clue,” he posted hours before the violence started. “I guess we just have to wait and see.”

Shortly after the vote to impeach Trump, Rep. Adam Kinzinger (R-IL) called on Graham to repent and apologize to his flock for lying to them about the results of the election. Kinzinger was one of the ten Republicans who voted in favor of impeachment.