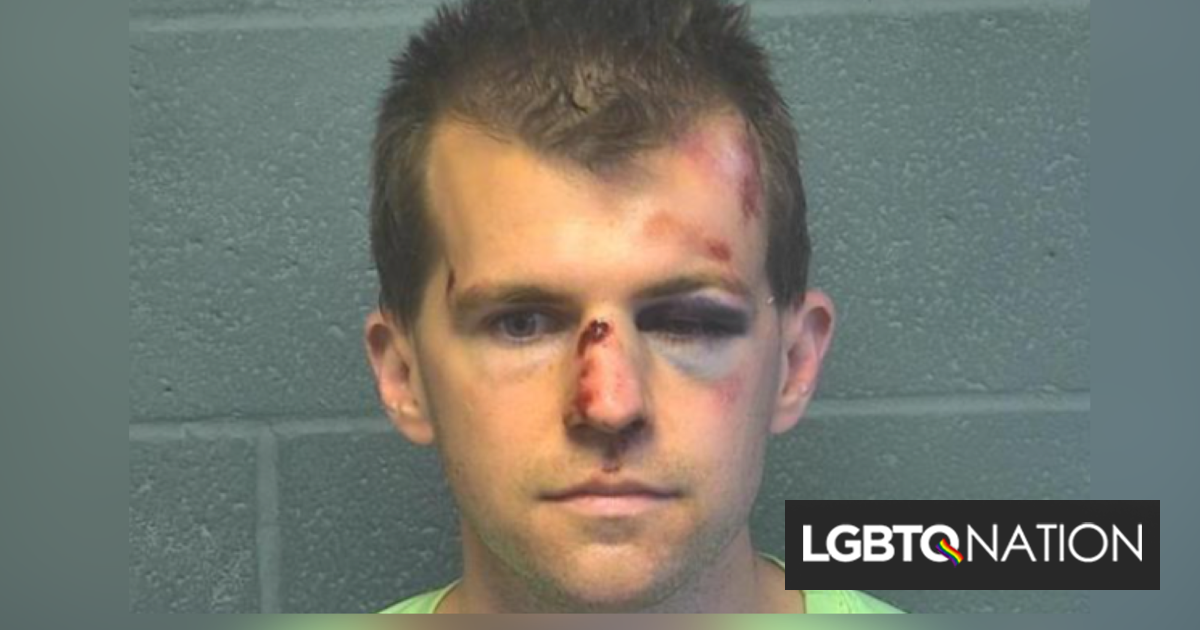 A Oklahoma minister was allegedly caught inappropriately touching a child at a bus station, captured by a witness, and arrested by police for “lewd and indecent acts to a child.”

33-year-old Michael Coghill is now behind bars and facing prison time. He’s also recovering from serious injuries that happened during his capture by a witness.

Oklahoma City local news publication KFOR reports that the nine-year-old victim told an adult that “a guy” that was jogging had stopped and repeatedly “touched him on the back, and he didn’t like the way it made him feel.” Oklahoma City Police refer to the adult as a witness, but News 9 reports that the adult was the victim’s dad.

Oklahoma City Police report that the adult then monitored the bus station, videotaping the area while surveilling, and caught Coghill stopping at the bus stop multiple times and check his watch, before touching a child that was waiting there, along with several other minors.

The adult then “tackled” Coghill, leading to an altercation between the two, and in the process, Coghill was left with a broken eyesocket and fractured skull.

Coghill was treated at Southwest Medical Center, then released when it was determined he didn’t need surgery and booked into Oklahoma County jail, according to the Oklahoman.

Coghill was the Youth, Family and Involvement Minister at Choctaw Church of Christ in Oklahoma City. Coghill preached at Coghill from as early as 2014 to as late as 2019, with several of his sermons currently still available on the Choctaw Church YouTube page.

One of Choctaw Church’s longtime ministers is Mike Mazzalongo, the creator of BibleTalk.tv and an accompanying Christian YouTube channel. He edited the anti-gay book Gay Rights or Wrongs in 1995.

Mazzalongo claimed that “being gay now comes with some kind of mystique that simply excelling in your area of expertise cannot produce,” suggesting that coming out as gay is a phenomenon used to get ahead in society.

He further claimed that civil rights leaders “infused” gay rights into their politics as a way to “bolster their civil rights credentials” and that there was “celebration of a lifestyle that is clearly condemned in the Bible and was rejected by a vast majority of the American people not many years ago” only because “traditional Christian values were waning.”

“I am not a prophet and therefore cannot foresee where all this will take us in the next twenty years but as a Christian I know what I will be doing as we go forward,”Mazzalongo wrote.

“I will continue to pray for those who experience same sex attraction (for whatever reason) and ask the Lord to strengthen them in obeying the demands of God that lead to holiness, peace of mind, and eternal life,” he concluded, “rather than the demands of the flesh that can only lead to sin, sorrow, and condemnation.”

In a 2020 article, Mazzalongo also decried plans to stop attending church with the ongoing risk of coronavirus. “What a bonanza for the devil!” he bemoaned, “The church waiting around until things get better so it can get busy again building the kingdom. What if things get worse?”

He called on worshippers to “realize that the evil one never takes a break in attacking the church, and consequently the Lord’s body should always be in the fight: no let-up, no retreat and no furlough in the spiritual battle.”

In January, Mazzalongo mentioned the departure of Coghill, but did not explain what led to it. Mazzalongo also announced he would step down as a minister at Choctaw, but continue to attend and preach monthly at the Oklahoma church.

In June, Mazzalongo made national news for a sermon where he told parishioners, “Don’t give me your crocodile tears and your phony outrage” over George Floyd’s death and the other deaths of Black people by law enforcement, referring to them as “some small time crook(s) or… gang banger(s).” He also attempted to link the deaths of Black people from law enforcement to abortion.

From then until most recently, he was the Discipleship Minister at Lakehoma Church of Christ in Mustang with his wife, Jessica. The church has since removed him and Jessica from their website.

“We were heartbroken to learn of the incident this morning involving one of our adult ministers, and our hearts go out to the child and family involved,” Lakehoma Church said in a statement on Facebook. “We were shocked at this news as he had a clean background check, and we have received no reports or claims against him during his tenure. Church leadership has no tolerance for any type of abuse and is meeting tonight to discuss next steps. We will cooperate with authorities as needed.”

They added, “The elders met tonight and determined it was in the best interest of all parties for Mike to be relieved from all duties. He will no longer be on staff at Lakehoma.”

Choctaw Church, in contrast, has not issued a statement about their longtime youth pastor.