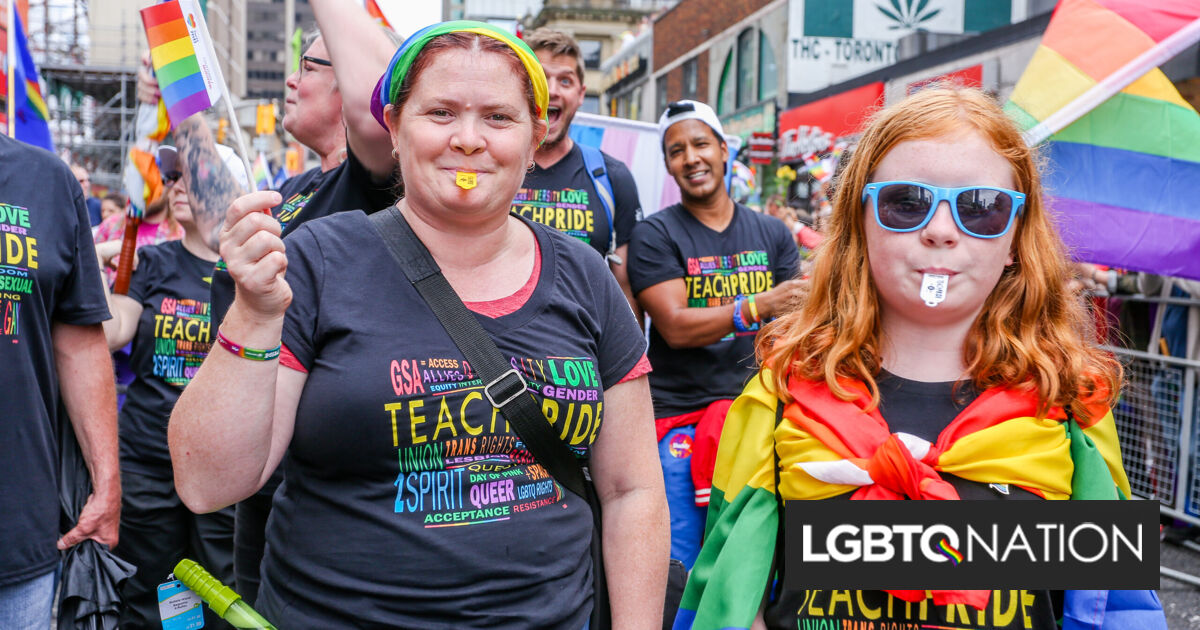 Teachers are speaking out against Florida’s new “Don’t say gay” law which bans elementary school teachers from mentioning LGBTQ people in class. The law empowers parents to sue if their children hear about LGBTQ people.

Florida’s Republican Gov. Ron DeSantis signed the bill into law, stating that it would “protect” children from “indoctrination.” However, teachers have called the bill a waste of taxpayer dollars that will silence teachers and leave LGBTQ students feeling unacknowledged — some even plan on defying the law.

“It scares me to death that I’m not going to be able to have these conversations with my children,” Cory Bernaert, a kindergarten teacher told MSNBC. “I don’t want to have to hide that my partner and I went paddleboarding this weekend.”

If a student asks him for information on families with same-sex parents, the law could punish him if he mentions such families, he said. Paula Stephens — a first-grade teacher in Clearwater — echoed his concerns.

“When I talk about families in my classroom, am I going to be violating this law because the children were having discussions about what their family looks like?” she told WKYU. “If they’re going after this conversation now, where does this stop?”

“When you look back in history, there’s clear examples of how these different groups that are being attacked today actually helped form our country,” Botello said. He said LGBTQ historical figures can help empower queer students who may not otherwise see themselves reflected in the school curriculum. The new law will make him rethink such inclusion.

Clinton McCracken, a gay middle school art teacher in Orlando, said, “Republican legislators are playing with the safety of our vulnerable youth.” He noted that LGBTQ youth are at higher risk of suicide, especially without supportive adults.

“This is a created culture war from him so that [DeSantis] can achieve his political ambitions,” McCracken said. “That’s all this is. So I’m not teaching kids how to be gay in my classroom. But I’ll tell you what I am doing. I am trying with all my power to teach kids to be OK with who they are.”

McCracken said he and his fellow teachers won’t be silenced. Teachers throughout the state have signage on their doors reminding students that their classrooms are safe spaces for everyone. Even though parents may sue, the teachers feel it’s important to continue speaking out.

“I’ve always been an advocate and fought for students in the [LGBTQ+] community to feel comfortable and free,” Dannielle Boyer, a Miami high school teacher, told The Miami Herald. “I don’t want my students to feel as though they have to live in fear and can’t be who they are.”

Alexandria Martin, another Miami high school teacher, told the aforementioned publication, “It’s a sad day for education and for our Legislature because I believe they’ve taken our state backwards.”

She said that the law will place additional stressors on teachers who already suffer from low pay. Karla Hernandez-Mats, president of the United Teachers of Dade union, called the bill a “waste of taxpayer dollars” that will make it harder for the state to recruit and retain teachers.