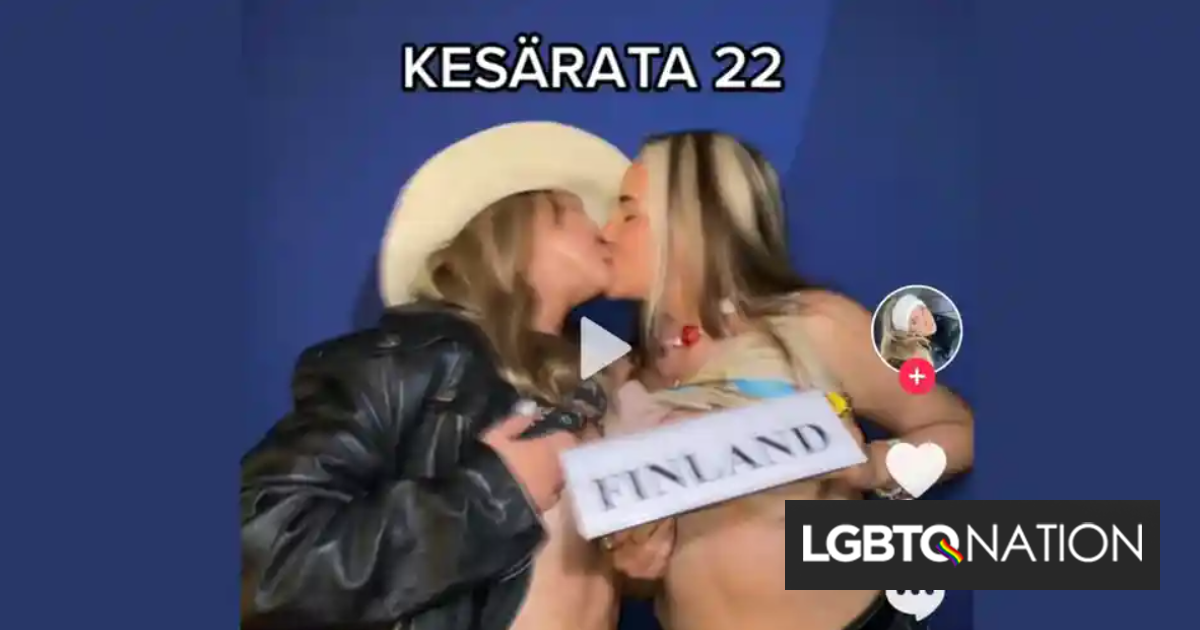 Finnish Prime Minister Sanna Marin is apologizing after a picture of two women who were topless and kissing at a party held at her house in July was posted online.

“In my opinion, the picture is not appropriate. I apologize for it,” Marin said. “That kind of a picture should not have been taken but otherwise, nothing extraordinary happened at the get-together.”

Last week, Marin, who is with the Social Democratic Party, faced criticism after a video of the 36-year-old world leader drinking and dancing leaked online. She said that she was “upset” that the video was leaked, even though she knew she was being filmed at the time.

“I spent the evening with my friends, partied, even in a rowdy way, danced and sang,” she said. “I myself have not used drugs, nor anything other than alcohol. Nor have I been in such a situation that I would have seen or known others [using drugs]. I was dancing, singing, partying… hugging my friends, doing totally legal things.”

Other politicians in Finland criticized her, including Center Party Member of Parliament Mikko Kärnä, who demanded Marin take a drug test.

“The people are entitled to expect this from their prime minister,” he said. Marin passed a drug test.

Now pictures and videos from a separate event are being shared online. Marin said that she invited some people over to her residence on July 8, after a music festival. They spent the evening in the sauna. “Otherwise nothing extraordinary happened,” she said.

A month later, Finnish TikTok influencer Sabina Särkkä posted a picture from the event of her kissing another woman while both of them lifted their tops up. The word “Finland” covered their breasts.

Not only did Marin apologize, but Särkkä did too, saying that she didn’t mean to cause “further embarrassment” for the prime minister.

Marin has been in office since late 2019 but now she says she’s getting more worried about people filming her.

“I feel like footage is being shot of me all the time, everywhere, and it doesn’t feel good,” Marin said last week. “Even normal things are made to look bad.”

Online, people praised Marin for being cool and supportive of LGBTQ people.

congrats on making her seem more and more cool

Okay. How can I become a citizen of Finland?

Finland is a wonderful beautiful country and Marin has done an excellent job in her leadership role. To be honest, from an objective Western observer, I wish the West had more leaders like her. (Regardless of these attempts to smear her publicly).

OH NO, PEOPLE WERE HAVING FUN & LOVING EACH OTHER.

HOW CAN HUMANITY FORGIVE SUCH ATROCITIES.