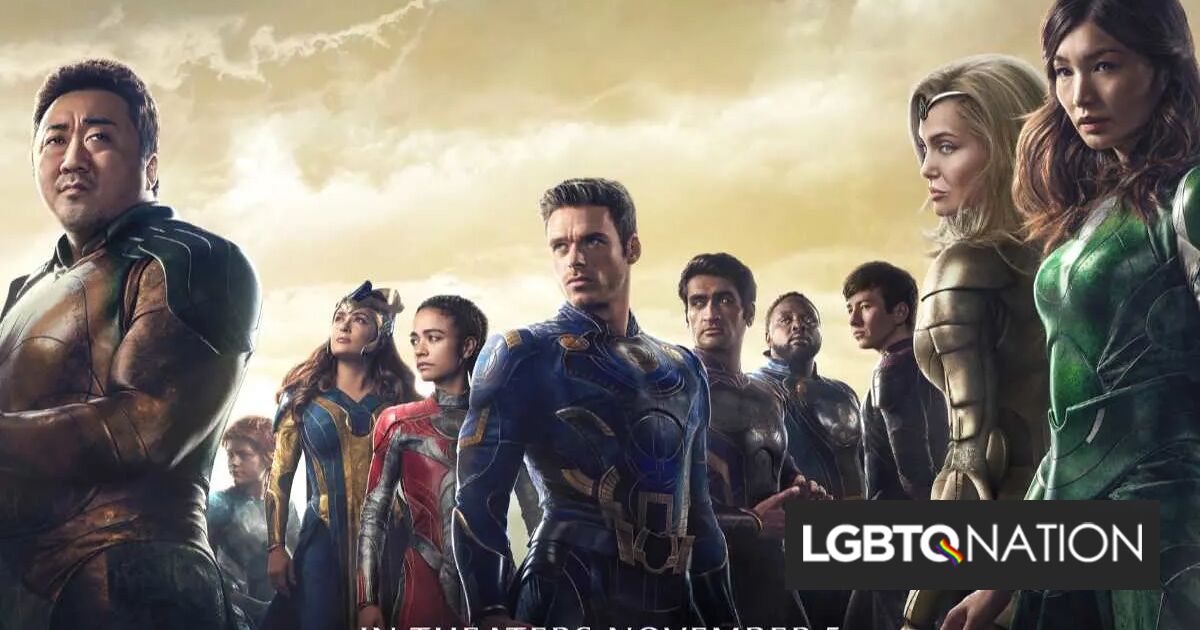 LGBTQ+ media organization GLAAD released its 10th annual Studio Responsibility Index (SRI) this week, which found that in 2021, there was a decrease in the percentage of LGBTQ+-inclusive films.

The report “maps the quantity, quality, and diversity of LGBTQ characters in films released by the seven film studio distributors that had the highest theatrical grosses from films released in the 2021 calendar year.”

GLAAD President & CEO Sarah Kate Ellis noted that despite 2021’s decrease, LGBTQ+ inclusion in films has risen dramatically since the organization started this report 10 years ago.

“From GLAAD’s first SRI to this year’s milestone tenth edition, the percentage of LGBTQ-inclusive films has grown by 50 percent or 1.5 times as GLAAD has set industry priorities and best practices,” Ellis wrote.

The report also tracked “the quantity, quality, and diversity of LGBTQ characters in the year’s slate, as well as actions from the studios and parent companies that either supported or harmed the LGBTQ community.”

Not one studio received GLAAD’s “good” or “excellent” rating.

Lionsgate and Paramount were given “failing” grades, whereas Warner Bros. got “poor.” Slightly ahead, The Walt Disney Studios, Sony Pictures, and United Artists Releasing were rated “insufficient.”

“At a time when the LGBTQ community is under unprecedented attacks, it is more important than ever to hold studios and corporations accountable as businesses remain the most trusted entity in the U.S.,” said Ellis in a statement.

“This new addition to our methodology tracking corporate actions makes it clear that entertainment and media companies need to expand beyond onscreen representation. LGBTQ people deserve to have positive representation reflected in cinemas around the world, and to know that the people and companies who make and market LGBTQ-inclusive films unequivocally stand up for LGBTQ folks.”

The SRI also noted that a trans character – Anybodys from Walt Disney’s West Side Story – was included in a major studio theatrical release for the first time in five years, but also that there was a sharp decrease in lesbian representation this year. In 2020, 50 percent of LGBTQ+-inclusive films included lesbian representation, and in 2021, only 13 percent did.

In discussing the importance of LGBTQ+ representation, Ellis pointed out a Trevor Project study that found 89% of young people feel good about being LGBTQ+ when they see LGBTQ+ characters in film and TV.

“As our report shows, there is still a huge opportunity for groundbreaking storytelling which highlights the full spectrum of our community and spotlights new voices,” Ellis said. “Together with our partners in Hollywood and through new pipeline initiatives, our GLAAD List, and more, GLAAD is committed to serving as a resource to help move the needle forward for LGBTQ representation on screen.”