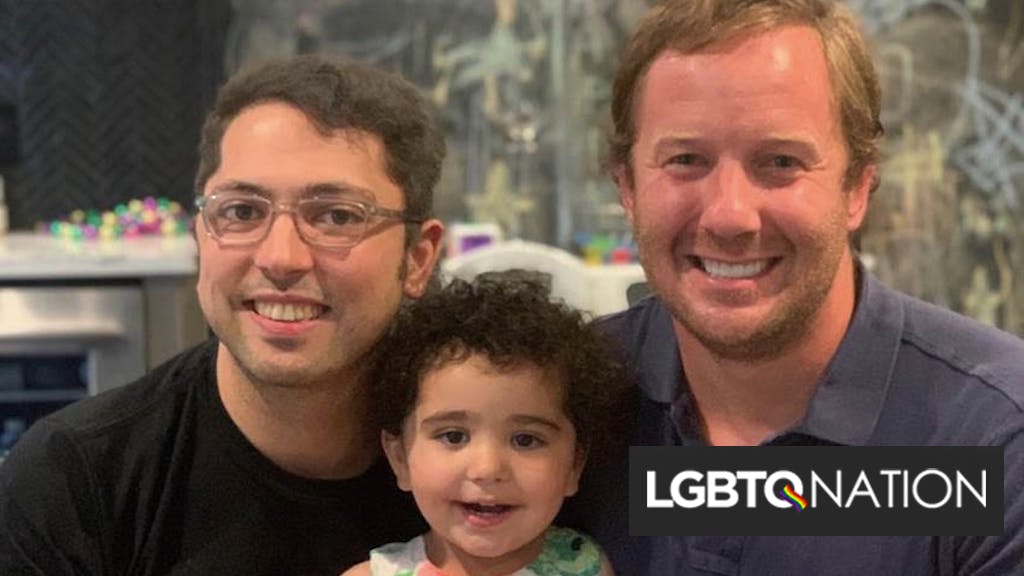 A federal court in Atlanta recently ruled that Simone Mize-Gregg, a two-year-old born through a surrogate in England to a gay couple, is in fact a U.S. citizen who deserves a U.S. passport despite a refusal by the Trump Administration’s State Department.

Simone is the daughter of Derek Mize and Jonathan Gregg, two American-born citizens who got married in the U.S. in 2015. A friend in England served as the surrogate mother for their child, and Simone was born in 2018 in London.

Related: A gay couple’s kid can get U.S. citizenship after a historic ruling

While preparing taxes in 2019, the couple needed a social security number to claim their daughter as a dependent. When they visited a U.S. embassy to get a consular record of her birth abroad, they watched about 20 heterosexual couples in similar situations get the same paperwork that they had.

But after three hours of invasive questioning, their child was declared as a non-U.S. citizen. Her birth was considered “out of wedlock” because her biological parents weren’t married to each other, even though her actual fathers were.

The State Department’s handling of the case was needlessly cruel and furthered no compelling government interest, according to Immigration Equality, one of the organizations that filed a lawsuit against the State Department on the fathers’ behalf.

“We are so relieved that the court has recognized our daughter, Simone, as the U.S. citizen she has been since the day she was born,” Derek Mize said in a statement about his court victory. “When we brought Simone into this world, as married, same-sex parents, we never anticipated our own government would disrespect our family and refuse to recognize our daughter as a U.S. citizen.”

Omar Gonzalez-Pagan, Senior Counsel and Health Care Strategist at Lambda Legal said, “It is time for the federal government to stop defending this unlawful and unconstitutional policy. No family should have to face the fear and uncertainty of having their child’s citizenship status be held in limbo.”

Lambda Legal co-filed the men’s lawsuit against the State Department.

It’s unclear whether the state Department will appeal the ruling, like it did in the somewhat similar case of Kessem Kiviti, the daughter of two Israeli-born men who became naturalized U.S. citizens.