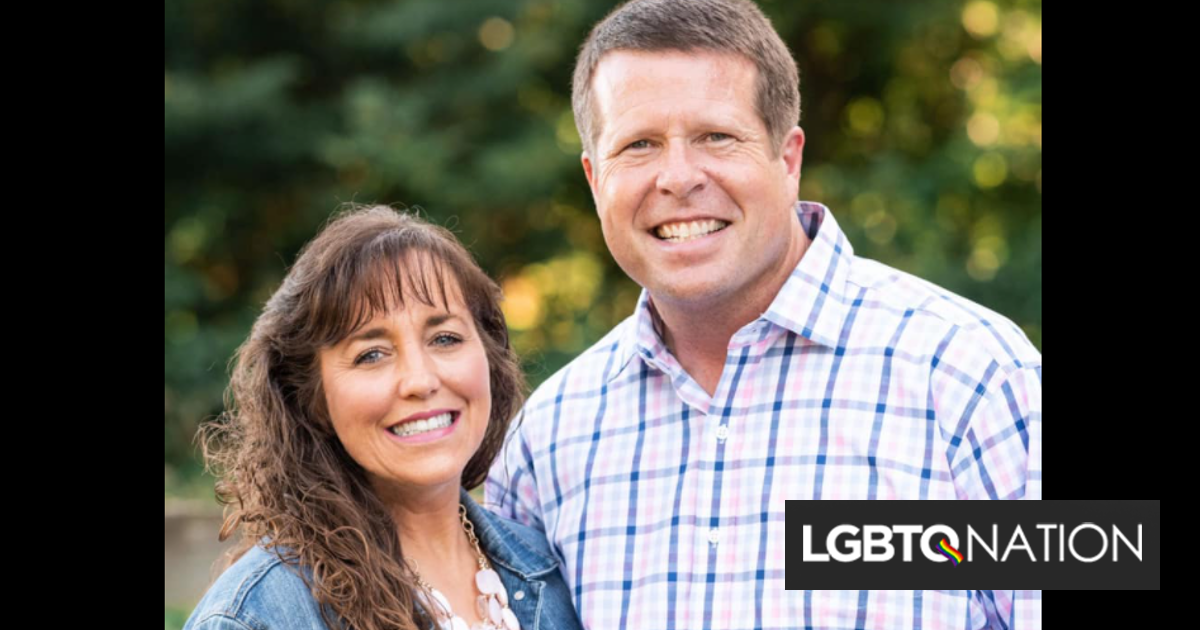 Duggar family patriarch and former 19 Kids And Counting reality star Jim Bob Duggar is returning to a familiar front: the political trail. Duggar announced yesterday that he is running for public office again, this time seeking a seat on the Arkansas State Senate representing the state’s 7th Senate District in northwest Arkansas.

He made the announcement with a Facebook post on the Duggars’ official Facebook page. “I am honored to announce my candidacy for Arkansas State Senate District 7. Northwest Arkansas is my lifelong home. It’s where my wife Michelle and I have raised our 20 children,” he said.

“Our family has been blessed by God in so many ways,” Duggar continued in the Facebook post. “We’ve found His love and goodness to be our source of strength in both our most joyous occasions and our darkest moments. It’s important to us to give back and to help others in every way we can.”

Duggar is hoping to take the seat previously held by two-term state Sen. Lance Eads (R), who resigned from the position this week to become a lobbyist for a Little Rock consulting firm. He won his last two elections easily, including in 2020, when he ran unopposed, and the seat also easily went to a Republican in the 2012 election.

As required by law, Arkansas Gov. Asa Hutchinson (R) announced that he will call and schedule a special election to fill the seat “in the near future,” but is it not immediately clear when the election will be. Hutchinson must schedule the election within 70 days of the call’s official issuance, in addition to party primaries before and potential runoff dates after. The next scheduled election is supposed to be held in 2024.

Duggar explained that he believes he needs to represent the district in Little Rock because “Out-of-control bureaucrats have put politics over common-sense policy,” referring to “government mandates that force people to choose between earning a paycheck and violating their personal rights and beliefs.”

Prior to starring on his TLC reality show with his family, Duggar served two terms in the Arkansas House of Representatives from 1999 to 2003. He left the office to run for a U.S. Senate seat, which he lost in the primary, in 2002. He then ran for the State Senate in 2006, a race he also lost in the primary, albeit narrowly.

“Now more than ever, we need a bold voice that is pro-family, pro-business, pro-gun and pro-life,” Duggar proclaimed.

19 Kids And Counting documented the Duggar family, focusing on Jim Bob, his wife Michelle, and their 19 children (plus an adopted grand-nephew), from 2008 to 2015. The show was derailed when accusations that their eldest, then-27 year-old Josh, had molested several underage girls — including his own sisters — came to light.

Tabloid reports revealed that Jim Bob had reported Josh to a police officer in 2006, who was a family friend (and himself arrested on child pornography charges later) who gave Josh a “stern talk” but did not investigate further. The Duggars allegedly did not alert authorities about previous allegations from 2002 to 2005 either, instead opting for Christian counseling.

Josh issued a statement revealing that he “acted inexcusably” as a “young teenager” and that he “confessed this to my parents, who took several steps to help me address the situation.” At the time, while 19 Kids And Counting aired, he was working for the Family Research Council (FRC), an anti-LGBTQ hate group according to the SPLC, and had made several statements attacking LGBTQ people.

After the show was cancelled, Jim Bob and Michelle accused the media of an “agenda” against them based on their religion and that Josh’s “touching” of his siblings was “not rape or anything like that.”

Meanwhile, TLC commissioned a spin-off reality series, Counting On, initially focusing on the older Duggar siblings minus Josh, but eventually including Jim Bob, Michelle and the rest of the family.

In April 2021, federal authorities arrested Josh (now 33 years old) on what was later revealed to be charges for receiving and possessing child pornography. He has pled not guilty, and his attorneys have argued that the charges against him should be dismissed because they resulted from an investigation started under the Trump administration.

This led to the cancellation of Counting On as well.

Josh is scheduled to head to trial on his charges on November 30.

The Duggars have regularly campaigned for or supported anti-LGBTQ political candidates, such as Ken Cuccinelli and Rick Santorum.

Michelle, Jim Bob’s wife, also previously recorded a robocall message advocating for the repeal of a non-discrimination ordinance (which proved successful) because it would embolden “child predators,” allow “men” to enter bathrooms with “young girls and women,” and threaten “the safety and innocence of a child.”

Reports indicate that everyone in the family may not be as thrilled about the announcement. Derick Dillard, the husband of Jim Bob’s daughter Jill, one of Josh’s alleged victims, made a comment on social media that has piqued tabloid interest.