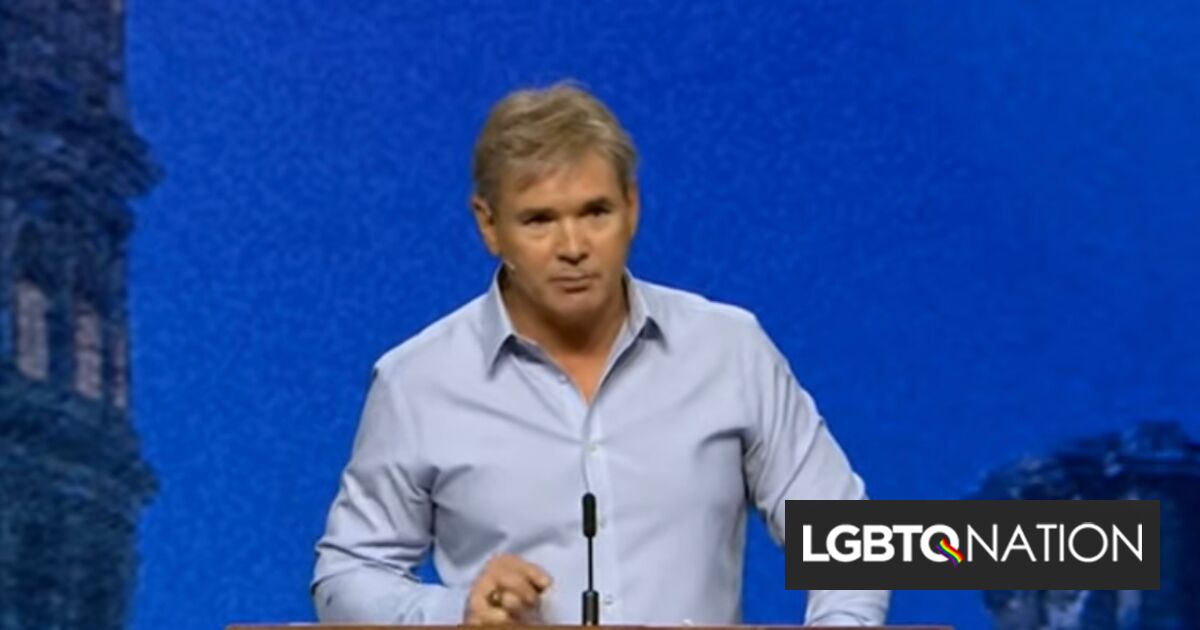 An anti-LGBTQ pastor in California has taken a new approach to denounce gay people and homosexual “behavior”: People undertaking LGBTQ “actions” only “prove” that God exists, because God predicted as much would happen — but only in the “Last Days.”

On the other hand, the pastor also said that people that believe in the theory of evolution “have to be” against LGBTQ people because homosexuality would have died out during the evolution from species to species over the years.

Related: The religious right is running a boot camp for candidates trying to take over school boards

The comments were made last week by pastor Jack Hibbs, who preaches at the Calvary Chapel church in Chino Hills, California. A sermon was broadcasted online and captured by Right Wing Watch.

“When two people of the same sex get together, it’s out of sheer wanton lust and pleasure only for self,” Hibbs preached. “Nothing comes of it. No life can come from it. No family can come from it.”

He then compared humans’ “survival” to elks, and how “by natural selection, the strong [elk]… has to survive… and impregnates all the other elkies, does, elkettes? I don’t know.”

Hibbs then tells the audience, “Homosexuality—L-B-G-T-Q actions—prove the existence of God, because God’s word says this would be some of the outcome and actions of the Last Days.”

Among other reasons, Hibbs’s theory about homosexual actions dying out through natural selection is hampered by the fact that there are several animals that are known to have same-sex relationships and other LGBTQ “actions.”

That includes elk, as biologists have documented since at least 1999 and continually since.

Hibbs has long used the pulpit to denounce people he sees as unholy. He has said that the U.S. Supreme Court’s 2015 ruling legalizing same-sex marriage had “crucified God’s word.”

In November 2020, he got on his knees, cried, and led his congregation in prayer because he couldn’t accept the presidential election results.

He then prayed for salvation for Joe Biden, claiming Biden follows a false “version of Catholicism.”

He also prayed for Kamala Harris: “She’s had such a crazy exposure to spiritual things, but none the truth.”

Harris is a Baptist Christian, but Hibbs may have been referring to her being the daughter of immigrants and therefore having been exposed to other cultures.

Hibbs would later suggest that the lack of “polite conversation” and prayer in school was the reason for the riots at the U.S. Capitol on January 6 in an attempt to stop certification of the election results. Hibbs was present at the Capitol that day but reportedly did not take part in the insurrection.

“This is what you get when you eject God from the courts and from the schools,” Hibbs tells Tony Perkins, the leader of the Family Research Council, an anti-LGBTQ hate group, during an appearance on Perkins’s podcast less than two days after the insurrection.