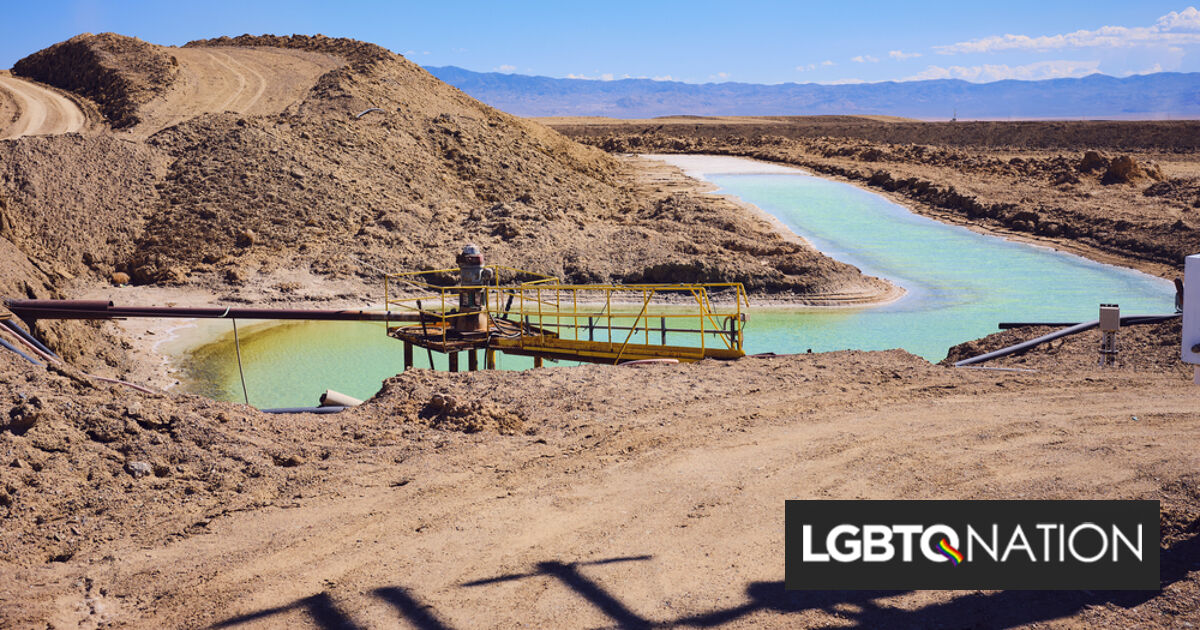 A radical environmental group’s anti-trans beliefs is causing problems for environmentalists protesting the development of a lithium mine in Nevada.

Deep Green Resistance (DGR) believes in saving the planet through returning to “a world without industrial civilization.” The group also considers itself “radical feminist,” which they interpret to include the transphobic view that trans women are a danger to cisgender women and should not be welcome in women’s spaces.

DGR is actively anti-trans, with videos on its YouTube page decrying the “Trans grooming of children & society” and its website declaring that gender is “not a choice, and not a feeling” and that “attempts to create more ‘choices’ within the sex-caste system only serve to reinforce the brutal realities of male power.”

Members of DGR have been part of a group of environmental activists fighting the development of what is set to become the largest lithium mine in the country. Thacker Pass, as the project is called, would be utilized to fuel batteries for electric cars.

Groups against the project believe it could have dire effects on the local groundwater, either permanently draining or polluting it. Additionally, a group of local Native people say the mine would cause the destruction of a sacred site.

DGR leaders Max Wilbert and Will Falk have been playing a large role in the battle against the mine. Other groups involved – who say they at first didn’t realize Wilbert and Falk’s connection to DGR – are now taking steps to distance themselves from the pair.

But the controversy is having a big impact on their fight.

For example, activist and organizer Ian Bigley told Politico that some people who normally would have donated to the cause are holding back due to fears of being connected to DGR.

Additionally, a Native group called People of Red Mountain, which has waged a legal battle over the mine, recently had to fire Falk as its attorney. While the group lost its case in November, one tribe has appealed to the Ninth U.S. Circuit Court of Appeals.

Those involved say that when Wilbert and Falk became key players in the fight against Thacker Pass – setting up tents on the site the day the Bureau of Land Management approved the project – they weren’t honest about their connection to DGR.

Bigley said they told him they were not part of DGR and instead were members of a group called Protect Thacker Pass.

“I personally felt misled,” he said. “It takes a lot to stop a mining corporation, and that’s not something that I’m interested in derailing.”

“I feel that DGR took the wind out of our sails because it was serious between DGR and that community, and that wasn’t our fight, so we were left out in the open,” added Gary McKinney Jr., spokesperson for People of Red Mountain.

Falk has denied claiming he was not associated with DGR.

Falk and Wilbert have since taken down their camp at the project site after they were fined $50,000 for trespassing.

People of Red Mountain have also taken down their camp, though the group says its fight continues in other ways.

Daranda Hinkey, secretary for People of Red Mountain, maintains the group would never have hired Falk if they had known about his anti-trans beliefs.

“It’s not right,” she said. “Before all of this fell out, before we all really knew anything… we sat in ceremony with them. We prayed for these people.”