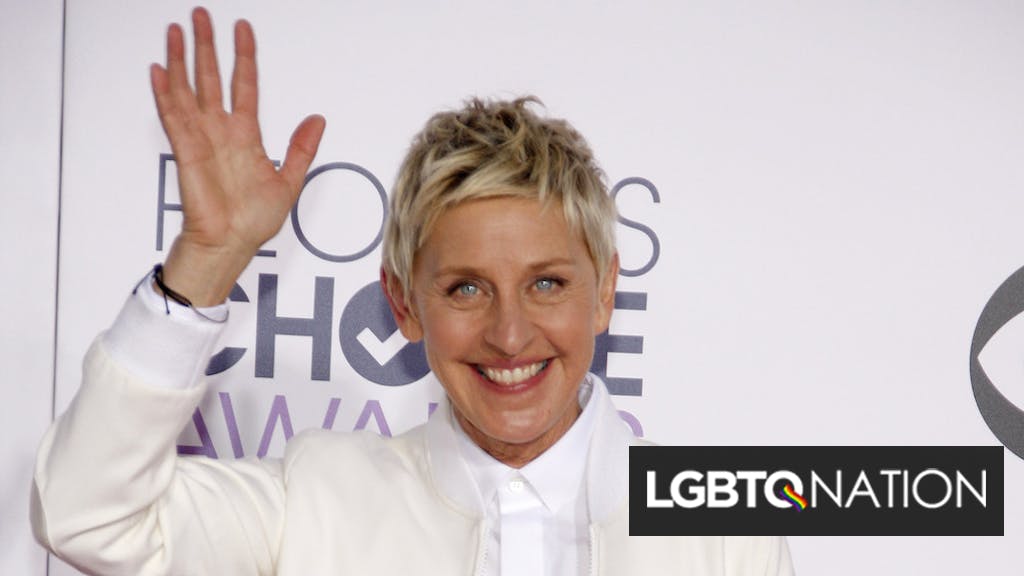 For months, news has been trickling out from employees of The Ellen DeGeneres Show that the so called “Queen of Nice” may not be what she seems. Between accusations of staff mistreatment in the wake of the Covid-19 crisis and reports of general rudeness, it is now being called into question whether DeGeneres only lives her mantra of “Be Kind” when the cameras are rolling.

This week, 10 former employees – as well as one current employee – shared new revelations with Buzzfeed News about the toxic work environment they endured on the show, an environment they said is wrought with racism, unethical terminations, fear, and more.

The employees all chose to remain anonymous, but many of them emphasized that it isn’t DeGeneres herself, but rather the executive producers and managers and the workplace environment.

“People focus on rumors about how Ellen is mean and everything like that, but that’s not the problem,” one employee said. “The issue is these three executive producers running the show who are in charge of all these people [and] who make the culture and are putting out this feeling of bullying and being mean. They feel that everybody who works at The Ellen Show is lucky to work there — ‘So if you have a problem, you should leave because we’ll hire someone else because everybody wants to work here.’”

But another former employee said, “[Ellen] really needs to take more responsibility… If she wants to have her own show and have her name on the show title, she needs to be more involved to see what’s going on. I think the executive producers surround her and tell her, ‘Things are going great, everybody’s happy,’ and she just believes that, but it’s her responsibility to go beyond that.”

One former Black employee, who worked on The Ellen DeGeneres Show for about eighteen months said she was consistently subject to racist microaggressions. For example, a senior producer said to her and one of her Black colleagues, “Oh wow, you both have box braids; I hope we don’t get you confused.”

Another time, a writer said to her, “I’m sorry, I only know the names of the white people who work here.”

Not only that, she said, but bringing up issues of race both on the show and behind the scenes led to no meaningful change and was often ignored or brushed off. For example, she brought up how making jokes about one’s “spirit animal” are offensive, but she was just called the “PC police.”

“Whenever I brought up an issue to my white male boss, he would bring up some random story about some random Black friend that he had and how they managed to get over stuff,” she recalled.

“He would use his Black friend as some way to say, ‘I understand your struggle.’ But it was all performative bulls**t.”

She also said all of her colleagues distanced themselves from her when she began to speak out and that she was denied a raise when she found out that someone else with less experience in her same position was getting paid twice as much as her.

Another former employee said that after a one-month medical leave following a suicide attempt, they returned to find their position was being eliminated.

“You’d think that if someone just tried to kill themselves, you don’t want to add any more stress to their lives,” that employee said. “Some of the producers talk openly in public about addiction and mental health awareness, but they’re the reason there’s stigma. They definitely don’t practice what they preach with the ‘be kind’ mantra.”

Another former employee reported similar hardships, saying they were fired after a year in which they had to take leave to attend two funerals, as well as medical leave after a car accident.

Another employee said they were reprimanded for starting a GoFundMe page to help with medical costs not covered by insurance.

“They discovered my fundraiser, then got mad at me…. They were more concerned about Ellen’s brand instead of helping me out.”

That same employee said they were fired soon after for posting a photo with coworkers at the office on their personal Instagram, an action that, while a violation of their contract, others had done before.

Those who spoke out also said favoritism was a huge issue. Those who are more willing to work within a toxic work environment without complaint were given gifts and also more likely to have their contract renewed.

“I remember feeling depressed and horrible and sad and just thinking that I can’t leave but I want to leave,” said a former employee. “Everyone was unhappy unless you were one of those people being favored.”

“I never felt like it was safe to go to my manager when I had issues,” added another employee, “because this was the same person who would wait for me to go to the bathroom and then message me, asking me where I was and why I wasn’t at my desk.”

Executive producers Ed Glavin, Mary Connelly, and Andy Lassner said in a joint statement: “Over the course of nearly two decades, 3,000 episodes, and employing over 1000 staff members, we have strived to create an open, safe, and inclusive work environment.”

“We are truly heartbroken and sorry to learn that even one person in our production family has had a negative experience. It’s not who we are and not who we strive to be, and not the mission Ellen has set for us.”

“For the record, the day to day responsibility of the Ellen show is completely on us. We take all of this very seriously and we realize, as many in the world are learning, that we need to do better, are committed to do better, and we will do better.”

The employees believe the show’s leadership must recognize they don’t have to tolerate mistreatment just because it is a popular show.

“They hire people who maybe are inexperienced with how a functional, nontoxic work environment actually is,” said a former employee, “or someone who just wants to be in that atmosphere so bad that they’ll put up with it. They kind of feed off of that, like, ‘This is Ellen; this is as good as it gets. You’ll never find anything better than this.’”