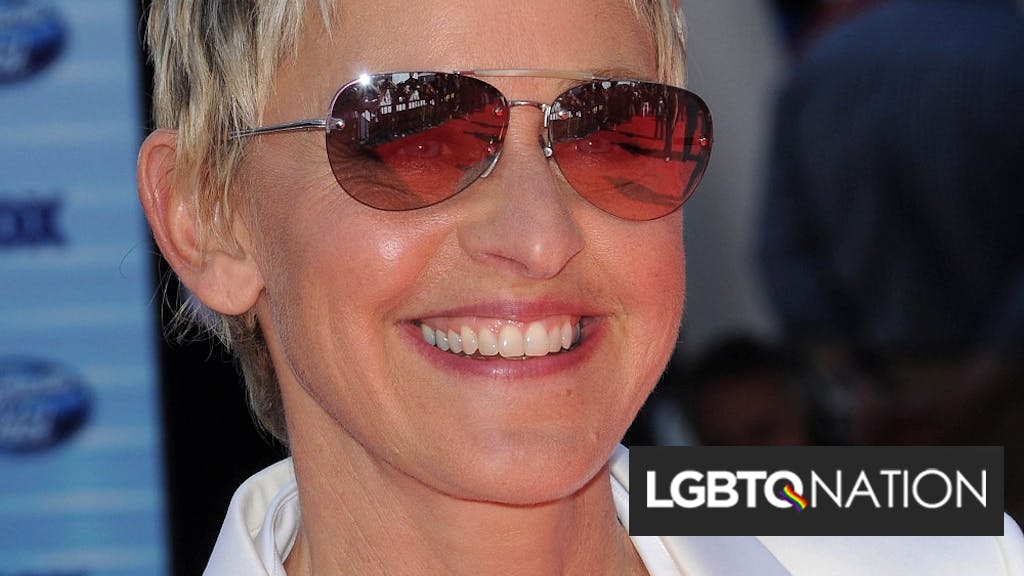 Ellen DeGeneres has apologized to her staff for running an allegedly toxic and racist workplace as dozens of ex-staffers are alleging that sexual harassment against men and women was rampant behind the scenes of her show.

She said she’d help with an ongoing investigation, as three of her top producers now face accusations of groping employees, asking for sexual favors, and creating a sexually charged workplace.

Related: Ellen’s staffers are “loving” reports about how terrible it is to work for her

Ellen’s show is currently under investigation by WarnerMedia after almost a dozen former and current staffers told Buzzfeed News earlier this month about how bad it is to work on Ellen’s show.

“On day one of our show, I told everyone in our first meeting that The Ellen DeGeneres Show would be a place of happiness – no one would ever raise their voice, and everyone would be treated with respect,” she wrote in a letter to her employees that was leaked yesterday. “Obviously, something changed, and I am disappointed to learn that this has not been the case.”

“And for that, I am sorry. Anyone who knows me knows it’s the opposite of what I believe and what I hoped for our show.”

She said that she is working with WarnerMedia in their investigation and that she’s “committed to ensuring this does not happen again.”

The letter came just hours before a new Buzzfeed News report was published last night with new sexual harassment allegations, including 36 former staffers who made or confirmed accusations against head writer and executive producer Kevin Leman.

The ex-employees all spoke on the condition of anonymity – like in previous reports on The Ellen DeGeneres Show – out of fear of retribution and, according to one source, the legal repercussions of speaking out after having signed a non-disclosure agreement as a condition for working on the show.

The accusations go back to 2013, when one male ex-employee said that Leman asked him for oral sex at a company party.

In 2017, a female ex-staffer said she saw Leman kiss and grope a production assistant.

Other ex-employees said that it was common for Leman to make sexual comments at work, like asking male workers, “Are you a top or a bottom?” or pointing to their crotches in front of others.

Leman denies all the accusations.

“I have always aimed to treat everyone on the staff with kindness, inclusivity, and respect,” he said. “In my whole time on the show, to my knowledge, I’ve never had a single HR or inter-personal complaint made about me, and I am devastated beyond belief that this kind of malicious and misleading article could be published.”

The ex-employees, though, said that HR was part of the problem because there was no formal process for filing confidential complaints and they were discouraged from going to WarnerMedia with complaints.

It wasn’t just Leman who was accused. Co-executive producer Jonathan Norman was accused of “grooming” a male employee with “concerts and other work-related perks” until he tried to perform oral sex on the ex-staffer. The story was confirmed by other ex-employees.

“We’re young people who were forming our careers and were unfortunately subjected to a toxic work environment as some of our first jobs out of college,” the alleged victim said. “And some of us were sexually harassed and that’s what was shaping our careers our first year out of school.”

Norman denies the accusation, saying he “never had a single complaint against me in my career.”

Five employees accused executive producer Ed Glavin of harassing women who worked on the show, saying he “had a reputation for being handsy with women.”

“You could definitely see the creep factor and the creepy touching. That was out in the open for everybody to see,” said one ex-employee. She said that Glavin regularly touched her in the control room.

Another ex-staffer said that Glavin had a shower in his office which he would use when he had meetings.

“You’d be going into his office for an important meeting and the shower door is open and you’re like, that’s a little weird,” she said. “The shower is right when you walk in on the right. Before you even see his desk, you see his shower. He’d be openly showering and going into meetings with wet hair.”

Glavin had no comment on the accusations and an unnamed source told Variety that he will soon be leaving the show.

None of the accusations were made against Ellen herself. In fact, one ex-staffer said that senior staff would “insulate” her from what was going on behind the scenes.

“Everyone acted really differently around her,” they said. “There’s a show that’s happening behind the show, the show that the executive producers have us all put on for her when she comes to the offices.”

A different ex-staffer, though, said that Ellen was involved in the show’s creative process so “it’s very hard for me to wrap my head around the fact that she doesn’t hear the same whispers, unless she really is just in this bubble.”

Ellen’s full letter of apology is below.

Hey everybody – it’s Ellen. On day one of our show, I told everyone in our first meeting that The Ellen DeGeneres Show would be a place of happiness – no one would ever raise their voice, and everyone would be treated with respect. Obviously, something changed, and I am disappointed to learn that this has not been the case. And for that, I am sorry. Anyone who knows me knows it’s the opposite of what I believe and what I hoped for our show.

I could not have the success I’ve had without all of your contributions. My name is on the show and everything we do and I take responsibility for that. Alongside Warner Bros, we immediately began an internal investigation and we are taking steps, together, to correct the issues. As we’ve grown exponentially, I’ve not been able to stay on top of everything and relied on others to do their jobs as they knew I’d want them done. Clearly some didn’t. That will now change and I’m committed to ensuring this does not happen again.

I’m also learning that people who work with me and for me are speaking on my behalf and misrepresenting who I am and that has to stop. As someone who was judged and nearly lost everything for just being who I am, I truly understand and have deep compassion for those being looked at differently, or treated unfairly, not equal, or – worse – disregarded. To think that any one of you felt that way is awful to me.

It’s been way too long, but we’re finally having conversations about fairness and justice. We all have to be more mindful about the way our words and actions affect others, and I’m glad the issues at our show were brought to my attention. I promise to do my part in continuing to push myself and everyone around me to learn and grow. It’s important to me and to Warner Bros. that everyone who has something to say can speak up and feels safe doing so.

I am so proud of the work we do and the fun and joy we all help put out in the world. I want everyone at home to love our show and I want everyone who makes it to love working on it. Again, I’m so sorry to anyone who didn’t have that experience. If not for COVID, I’d have done this in person, and I can’t wait to be back on our stage and see you all then.