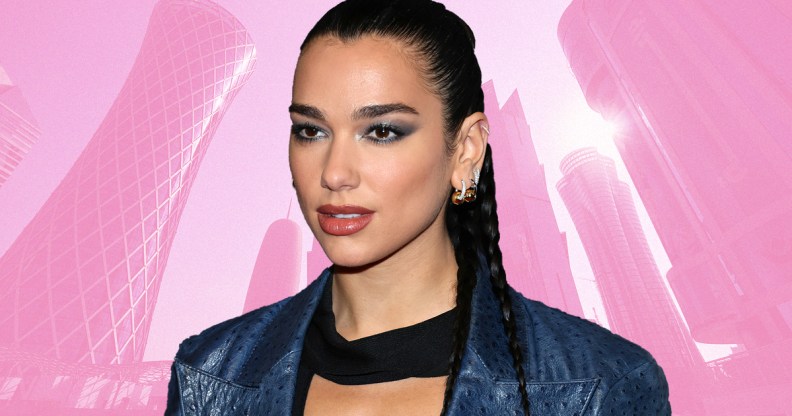 Dua Lipa has said she looks forward “to visiting Qatar when it has fulfilled all human rights pledges it made”. (Getty)

Dua Lipa has spoken out against Qatar’s human rights record and the speculation she was going to perform at the World Cup.

The singer has always been vocal on social and political issues from the Israel-Palestine conflict to LGBTQ+ rights globally.

Since the World Cup is taking place in Qatar, known for its anti-LGBTQ+ laws and poor treatment of migrant workers, artists have been questioned on their decision to perform at the event.

Speaking to Variety about her decision to not perform, Dua Lipa said: “The World Cup is a really unique opportunity to hold Qatar to account.

“They made pledges on human rights when they signed the deal for the World Cup that have not been satisfactorily met on migrant workers’ rights, women’s rights, LGBTQ rights and freedom of expression – what kind of message does it send if these pledges mean nothing?

“I really have nothing against Qatar, and I hope one day I will get the chance to go there. But I didn’t like being amongst speculation that I was going to perform for something that really goes against my beliefs.”

This is not the first time the singer has spoken out against rumours she would be performing in Qatar, as she took to her Instagram story two weeks ago.

She posted saying she looks forward “to visiting Qatar when it has fulfilled all human rights pledges it made”.

And added: “I will not be performing and nor have I ever been involved in any negotiation to perform. I will be cheering England on from afar… One love, Dua.”

Dua Lipa joins a long line of celebrities being questioned about their involvement in this year’s World Cup including David Beckham and Colombian singer Maluma.

Joy Lycett staged a viral accountability campaign, giving David Beckham an ultimatum to pull out of his $150 million World Cup deal or he would shred £10,000.

Beckham has made no comment and the £10,000 has since been donated to various LGBTQ+ charities.

Meanwhile, Maluma was asked about the human rights abuses in Qatar and stormed out of the interview when pressed for an answer.

At the time he said: “It is something I can’t resolve. I just came here to enjoy life, enjoy soccer, the party of soccer. It’s not actually something I have to be involved with.”