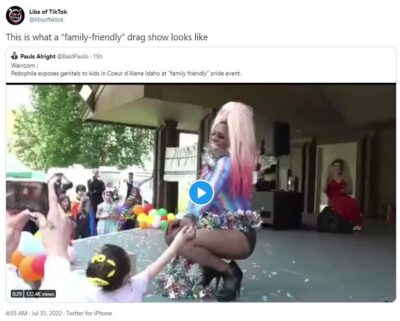 A pattern of call and response comes into focus with the release of a new report from GLAAD about drag events targeted with threats and violence in 2022.

A record 124 incidents targeting drag events were reported so far this year across 47 U.S. states. GLAAD’s data did not include the Club Q massacre in Colorado Springs, pending an official declaration of motive.

A number of events drew weapons or violence. Extremist groups like the Proud Boys, Patriot Front, and local white supremacist chapters were involved in several incidents.

In Tulsa, Oklahoma in October, security video captured a person smashing the windows of a doughnut shop before lighting a Molotov cocktail and firebombing the storefront. The same month in Eugene, Oregon, protesters carried semiautomatic rifles and threw rocks and smoke bombs at a drag event.

In Downers Grove, Illinois near Chicago in September, a public library canceled a drag bingo event after receiving a threatening letter that included a bullet and the phrase “more to come.” In Memphis, Tennessee, Proud Boys were among the armed protesters that showed up to a drag event at the Museum of Science and Industry, forcing a last-minute cancellation.

In Sparks, Nevada in June, children at the town library ran for safety from a Proud Boys protester carrying a gun.

Following a familiar pattern, a large percentage of drag events targeted by threats and protests were first called out by social media accounts like Chaya Raichik’s LibsOfTikTok and right-wing media outlets including Fox News and The Daily Wire.

Accounts like Raichik’s would first repost a venue’s event announcement to her followers, adding a negative comment, misrepresentation, or distortion just short of a call to action. In turn, outlets with an even greater reach would amplify those posts and comments, spinning them as harmful to children. Protests or threats would follow.

In June, LibsOfTikTok targeted the Couer D’Alene, Idaho “Pride In The Park” event, saying that a “family friendly drag dance party” was being promoted by the Idaho Satanic Temple. Both Fox News and The Daily Wire reported on the event. Thirty-one anti-LGBTQ protesters were arrested.

A Media Matters analysis in November found that disturbing misinformation about drag ramped up on Fox News and The Daily Wire in the weeks before the Tulsa firebombing, with Tucker Carlson falsely claiming that drag queens “want to sexualize children,” and The Daily Wire’s Matt Walsh calling on police to “break down the doors” of LGBTQ clubs and arrest drag queens.

A Media Matters report from June found that Fox News had devoted more hours to targeting drag queens and transgender people than to coverage of the January 6 insurrection hearings.

Fueling and rewarding the anti-drag threats and violence, legislative proposals in eight states would ban drag performance in some form. In Texas and Arizona, bills would ban minors from attending drag performances. In Florida, Gov. Ron DeSantis (R) announced a similar proposal. In Tennessee, a bill aims to ban all drag performances in public, while Michigan lawmakers announced a plan to ban drag shows from schools, despite no such events taking place. 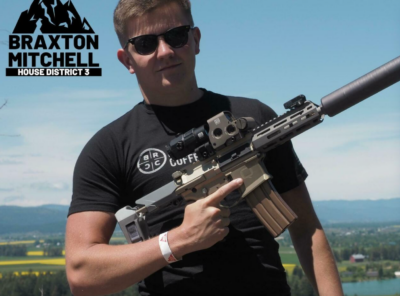