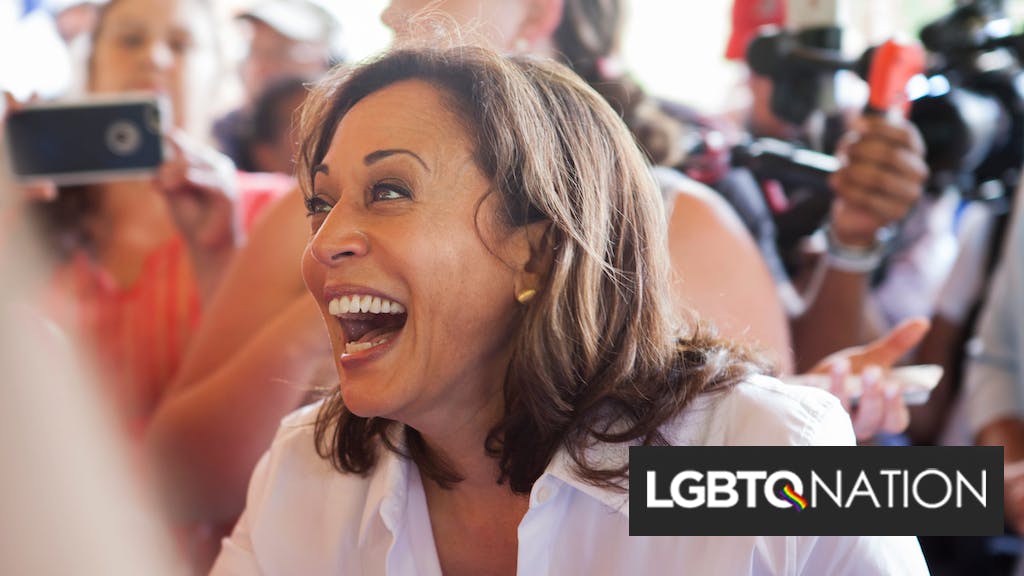 Instead of spending the money, Harris donated Trump’s $6,000 to a group “that works to secure civil rights for Central Americans.”

Related: For evangelicals, supporting Trump is now an article of faith. Literally.

Trump donated to Harris’ campaigns for state attorney general in 2011 and 2013. She gave the money away in 2015 as she ramped up for a U.S. Senate campaign.

Trump was a large donor to politicians on both sides of the political divide before running for president as a Republican.

“I give to everybody,” he said during one of the presidential debates. “They call, I give. And you know what, when I need something from them two years later, three years later, I call them, they are there for me.”

When Harris was admitted to the Bar in 1990, she started a long career as a prosecutor, first as an assistant prosecutor in the Bay Area, then as San Francisco’s District Attorney, and finally as the California State Attorney General.

As you’d expect with someone steeped in San Francisco politics, Harris has been a long-time proponent of LGBTQ rights.

As San Francisco’s district attorney, she created a special hate crime unit focused on crimes against LGBTQ children and teens. She pushed for legislation to ban a gay/transgender “panic” defense and to ban conversion therapy for minors.

She vigorously opposed Proposition 8, the state’s anti-marriage measure, and provided legal arguments against it cited by the Supreme Court when it was overturned. When Proposition 8 was finally struck down, Harris presided over the wedding of the couple who brought the suit against the initiative.