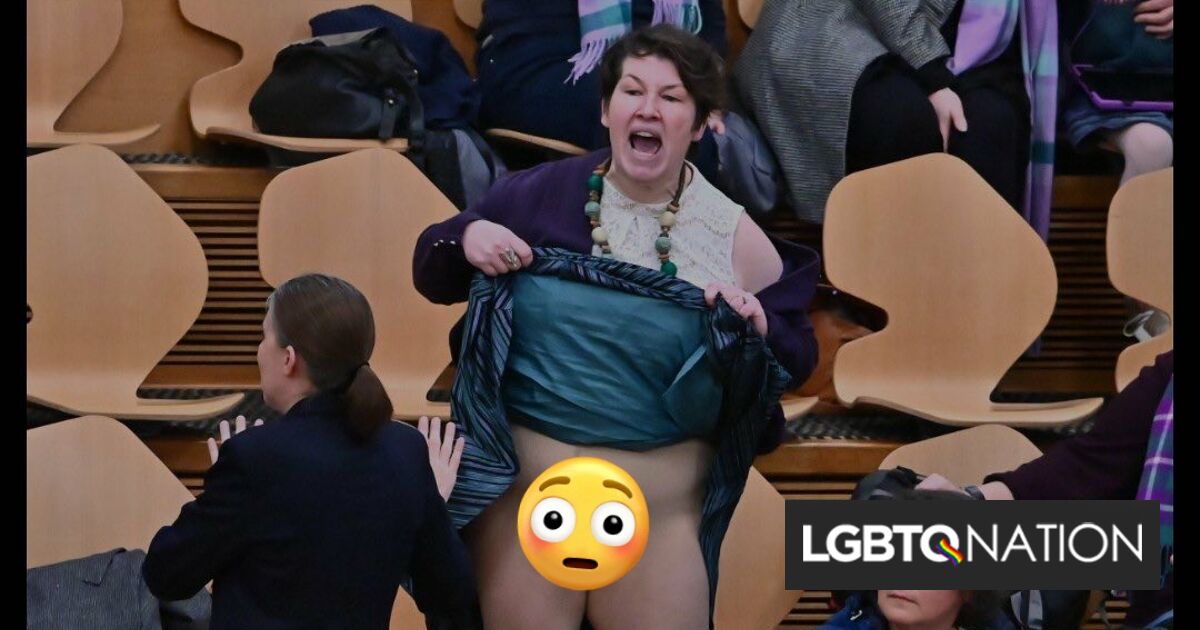 An anti-trans protestor lifted her skirt and flashed Scottish Parliament with a fake vagina as the legislators voted to pass a law that will make it easier for trans people – including those as young as 16 – to change their gender legally.

Anti-trans activists and trans-exclusionary radical feminists have spoken out against the bill, claiming it will make it easier for dangerous cisgender men pretending to be women to infiltrate women’s spaces.

At that, she lifts her skirt, revealing a fake vagina, and continues to shout.

“You terrible, terrible people!” she says.

The gender recognition bill has been controversial for a long time now.

In October, famed TERF JK Rowling posted a photo of herself wearing a T-shirt calling the First Minister of Scotland, Nicola Sturgeon, a “destroyer of women’s rights” for supporting it.

Sturgeon directly responded to Rowling, saying that she “fundamentally disagree[d]” that the bill would harm women.

“This is about an existing process by which people can legally change their gender and it’s about making that process less traumatic and inhumane for trans people – one of the most stigmatized minorities in our society,” she said.

“It doesn’t give trans people any more rights, nor does it take away from women any of the current existing rights under the Equality Act.”

Gender Critical people love waving their genitals around in public. It’s a fetish unique to them called “autogynephilia”. There could have been kids watching but they don’t care. Perverts like this should have their birth certificate changed to male pic.twitter.com/BLNr4NZQHR